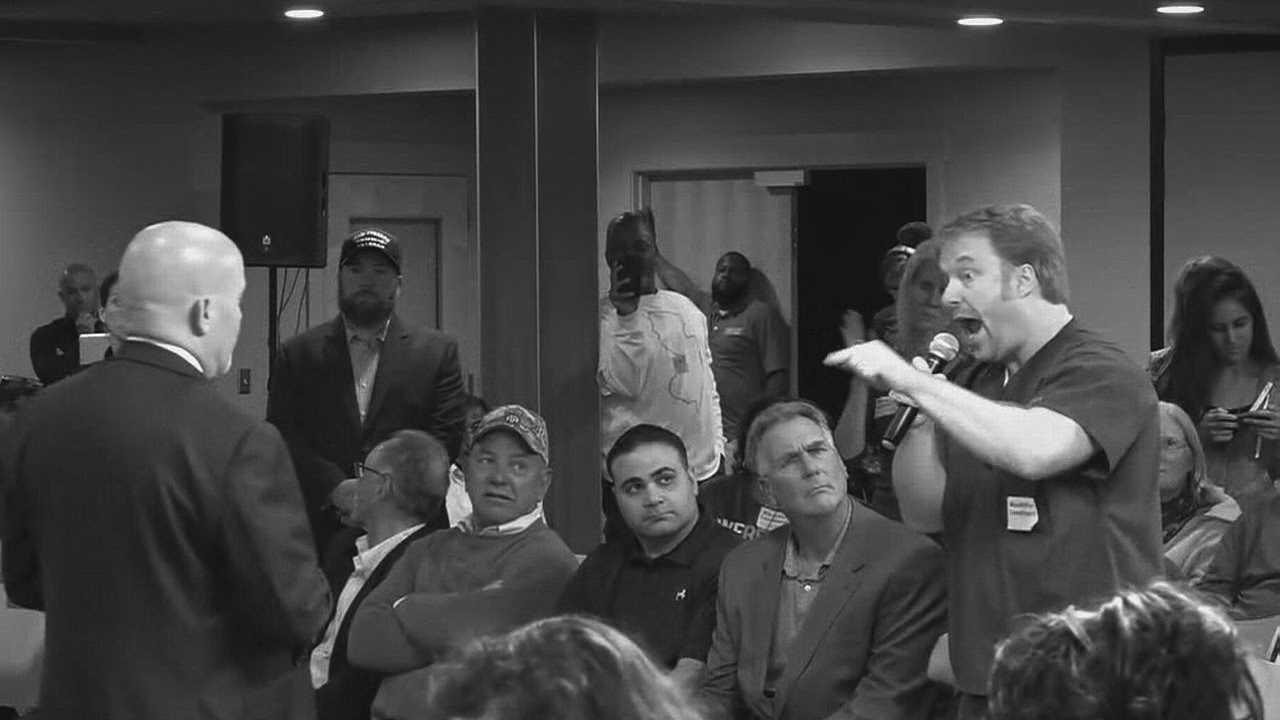 August 10 – Seven months after Trump’s inauguration, his regime is mired in deep crisis and key parts of his agenda are stalled despite Republican control of Congress. The health care debacle in particular is a severe blow to Trump and the Republican leadership as a whole. Trump is desperately looking to divert attention from the political setbacks and the crisis of his administration. This is certainly a factor in the saber rattling against North Korea which as we go to press has reached unprecedented levels.

After making the repeal of Obamacare a central party plank for seven years, none of the variations of Trumpcare could muster even 20% support in opinion polls. And for good reason: Trumpcare was a vicious attack against working people generally, but especially the poor, women, and disabled people in order to give the superrich a massive tax break.

As Socialist Alternative has pointed out, what the Republicans have actually accomplished is to make Medicare for All and single-payer health care far more popular than ever before. But this victory against the right did not happen by itself: it took tens of thousands protesting, standing up in Republican politicians’ town halls, and calling and emailing their representatives. Bernie Sanders led the way, holding rallies in key areas and inspiring people with his advocacy for Medicare for All, but the Democratic Party leadership refused to mobilize ordinary people in the streets while the unions and other progressive organizations missed a key opportunity to take the mass movement against Trump to a new level.

Trumpcare also put the serious divisions within the Republican Party on vivid display. One wing will not be satisfied unless all “entitlements” including Medicaid, Medicare and Social Security are gutted and privatized, while another wing correctly fears for their jobs if they follow this line. These divisions will continue to play out in the fall with the budget and tax reform.

It has been hard to stop watching the train wreck that is Trump’s White House. Trump, the tweeter in chief, dug his whole yet deeper in recent weeks by threatening to remove his uber-reactionary Attorney General, Jeff Sessions. His real goal though is to get rid of Robert Mueller, the special counsel, investigating the Trump campaign’s ties with the Russian regime and now probably also looking into Trump’s highly dubious finances.

Removing Sessions and Mueller would provoke the biggest political crisis to date. Trump has so far been forced to back off by the opposition of top Republican leaders. Some Republican Senators, like Jeff Flake, are now becoming bolder in their criticisms of Trump whom they increasingly see as terminally incompetent and a danger to their own plans.

Trump instead moved to purge the West Wing, including Reince Priebus linked to the Republican establishment, as well as others associated with Priebus like Sean Spicer. The net effect of this is that Trump has distanced himself further from the Republican leadership.

Meanwhile Trump has moved ever closer to the so-called “movement conservatives” including the Christian right, anti-immigration groups, the extreme anti-taxation crowd and of course Fox News and the NRA. Many of these groups represent the traditional far right, before the arrival of the alt-right. Tony Perkins, President of the Christian right Family Research Council told The New York Times (8/3/17), “I’ve been to the White House I don’t know how many more times in the first six months of this year than I was during the entire Bush administration.”

These organizations are not just happy with the access; they believe the Trump administration is getting things done…for them. And there is some truth in this. Trump got Neil Gorsuch onto the Supreme Court. Jeff Sessions may be maligned by Trump but he has made clear that the Department of Justice will not pursue consent decrees with police department and instead aims to let the police “off the leash”. He is also pursuing maximum sentences in drug cases and going after what’s left of affirmative action.

ICE is also given a free hand, which makes the traditional far right happy, as has Trump’s proposal to cut legal immigration in half. The latest development is Trump’s threatened ban on transgender people in the military, a clear sop to the Christian right. And there is more to come including trying to criminalize dissent and bolder anti-union measures.

All told, these “movement conservative” groups have the support of only a small minority of the American population but it is a very big part of those who vote in Republican primaries. In this way, Trump can keep most of the restive Republican politicians in tow, at least for now, by threatening to unleash the movement conservatives against them even as his overall poll numbers continue to drop.

One factor that has prevented an even worse cratering of Trump’s support are the relatively good economic figures, even though they mask massive inequality and the deep social crisis facing the working class. There are, however, signs of economic overheating and a tipping into recession would decisively end any illusions that Trump was “bringing good jobs back”.

The other factor that has helped Trump is the weakness of the Democratic Party. It is remarkable that seven months into this deeply unpopular and unhinged regime, the Democrats have lower favorability ratings than Trump!

The party establishment, including Chuck Schumer and Nancy Pelosi, recently launched its “Better Deal” initiative to appeal to working class voters in advance of the 2018 midterm elections and answer the question of what they stand for besides getting rid of Trump. While this did include calling for a federal $15 minimum wage it remarkably did not call for Medicare for All, which is overwhelmingly popular in the party’s base. The reason is that it would be completely unacceptable to their corporate donors. What the Democratic establishment and the ruling class as a whole fear most is inadvertently igniting a social upheaval that brings to the surface all the pent-up anger at the system. This means they will fight hard to stick with their dull, uninspiring message.

The Democrats’ political weakness is fueling a left insurgency within the party. How far this develops remains to be seen, but the possibility exists of a “Tea Party of the left” type-development in Congress if some of the Berniecrat insurgents are elected in the 2018. At the going rate, the Democrats have a real opportunity to win back control of the House, if only because Trump will weigh like a millstone around the necks of the Republicans.

But even with a further development of the struggle within the Democratic Party what is almost certainly ruled out is transforming it into a People’s Party as hundreds of thousands fervently wish. A party representing the 99% would have to refuse all corporate donations, have a progressive platform that its public representatives were required to adhere to, and real, accountable democratic structures. The establishment wing of the Democrats will resist all these things to the death and, despite the deep crisis of legitimacy they face, they still hold the levers of power within the party. One way or another, what is posed is the necessity of a new party as those calling to “Draft Bernie” (see this article) have recognized.

The real question is when the mass movement on the streets will be reignited. The millions who came out in early 2017 have not been defeated or generally demoralized, and they are certainly angrier than ever. There is however a serious lack of leadership and a real questioning about the way forward. This shows why the growing socialist left in the U.S. has a critical role to play in articulating a strategy to unite all those targeted by Trump around a bold working class program, including using a range of tactics like mass occupations and political strike action to put the right firmly on the defensive. The defeat of Trumpcare is the signal that the right wing can be beaten. Now we must step up the fight.