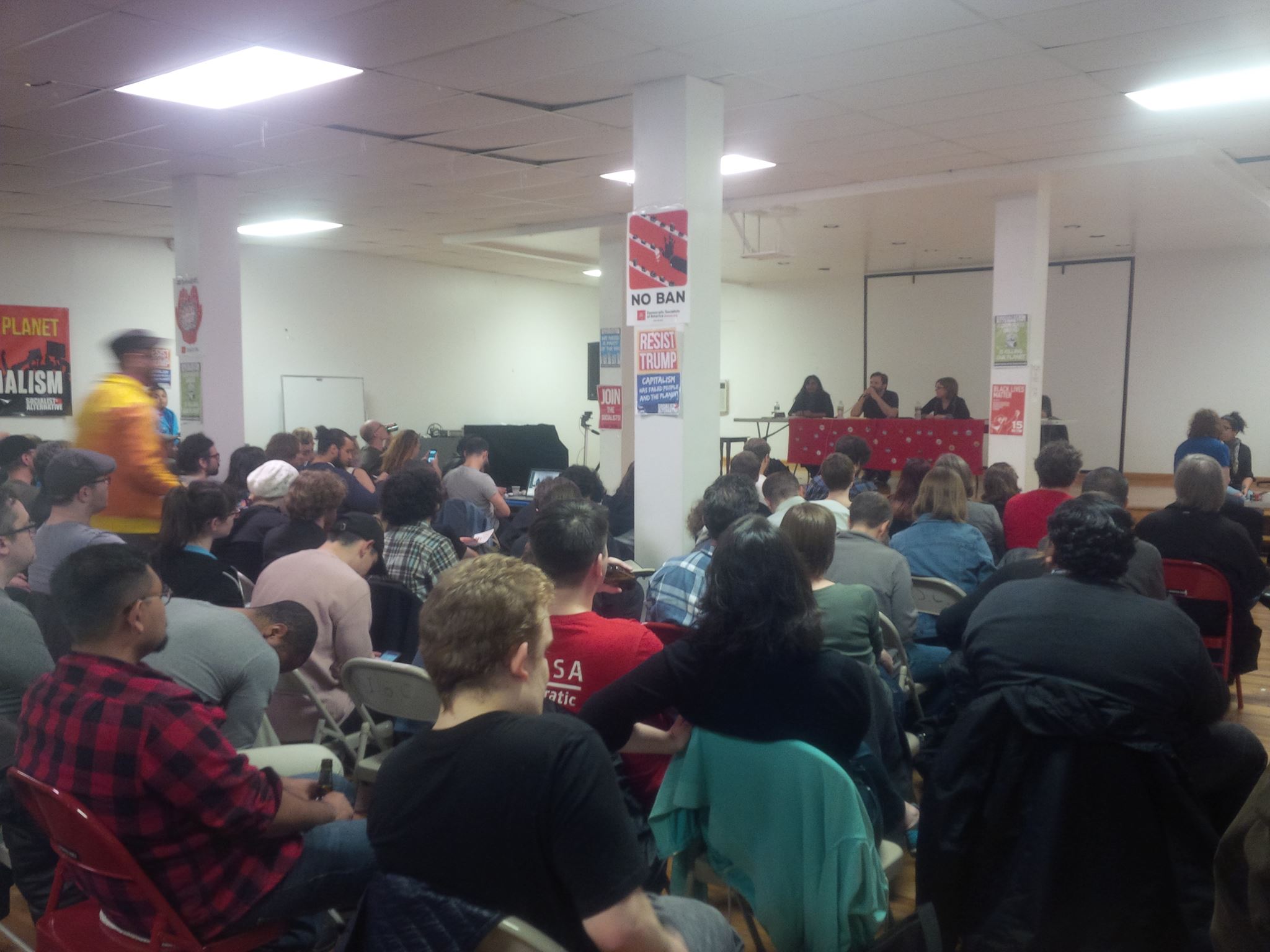 On April 22, over 150 people packed out Brooklyn’s Mayday Space for a discussion event featuring Socialist Alternative Seattle City Councilmember Kshama Sawant and Jacobin editor and Democratic Socialists of America Vice-Chair Bhaskar Sunkara. Overall the event was a huge success, with a diverse and engaged crowd.

Watch the video of the event here.

Bhaskar spoke about the growth of Jacobin magazine as a theoretical pole on the left. “The point of a socialist publication is to see society in all it’s complexities and still be against it,” he said. Bhaskar also raised the importance of building strong grassroots movements. He emphasized that socialists need to implant themselves in local centers for struggles, like immigrant centers, labor locals, and community groups. He believed a socialist party could be formed in the next 5-10 years, but in the meantime that candidates could and should run under the Democratic Party in a way that they would remain accountable to a broad, working class base while rejecting corporate money.

Kshama agreed with the strategic urgency of building a bigger, independent socialist movement bringing together many social movements. She explained her experience in Seattle regarding how to win important reforms under capitalism and how to build a radical power base outside of the confines of the two party duopoly. She said, “Having Socialist Alternative, an independent socialist organization, that discusses methods and tactics, was paramount in winning 15 Now in Seattle.” In addition, the recent $3 billion #DivestDAPL victory was a key example of how to win by using local office as a platform for the voices of united social organizations working together and demanding change.

The biggest point of departure between Kshama and Bhaskar was over the urgency of building a new party. Kshama argued that we needed to start now, running 10, 20 or 30 independent socialist candidates as a step toward building a new party, while Bhaskar called for getting more socialists elected, in some cases on the Democratic Party ballot line, and using that to build power.

Socialist Alternative looks forward to more discussion and engagement with DSA in the future.