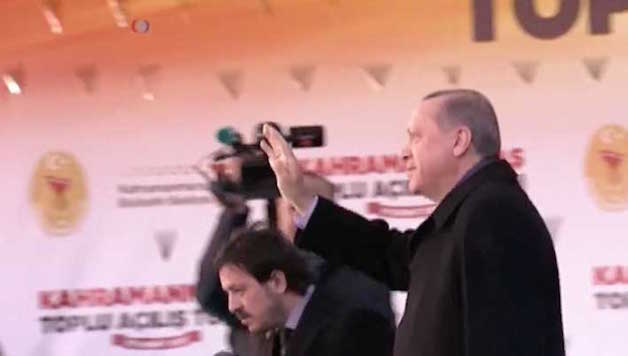 On Sunday 16 April, Turkey went through the most controversial and questionable referendum in its history. The constitutional amendments which were to give President Erdogan dictatorial powers, including the authority to dissolve the parliament, were brought to a referendum. Officially, the “Yes” side narrowly won, with 51 percent of the vote.

By means of the referendum, Erdogan was seeking dictatorial powers because the possibility for him to keep himself in office in a democratic way was running out of steam. But the referendum was conducted in a grossly undemocratic manner. After an unsuccessful military coup attempt in July 2016, hundreds of thousands of employees, including high-ranked soldiers, judges, prosecutors, police officers and academics, were (and still are) sacked from their posts, and many journalists, political activists, trade unionists and even some MPs detained.

State pressure and intimidation marked the run up to the referendum. The referendum campaign took place under a state of emergency and Erdogan and his lapdogs did their best to suppress the “No” campaigns. Campaigners for No were physically attacked and detained by the police. Erdogan and his allies hysterically condemned the No camp as “traitors”, “dividers” and “terrorists”. Activists trying to run campaign No street stalls were often taken into police custody. And the No campaigns were largely ignored by the media.

While the No campaigns were suppressed, the Yes campaigns were, in effect, conducted by the state itself. All kinds of state resources (billboards, media, state budgets, police force etc.) were used for this purpose. While the MP’s of the HDP (People’s Democratic Party; a pro-Kurdish, left party, which was the only political organisation to organize a No campaign in Northern Kurdistan), were locked up in jail, AKP (Justice and Development – the governing party) officials’ speeches were broadcast live during prime time evening news.

Still, all of these measures were not enough for the Yes camp. On the day the referendum took place, the High Court of Elections (YSK) announced that they were going to recognize un-stamped ballots for the outcome of the referendum. This is a clear violation of the law regarding electoral procedures, and an undeniable indicator of fraud. Allegedly, 1.5 million un-stamped votes were taken into account and, if this is true, it is safe to say that the referendum was rigged. No wonder Erdogan thanked the High Court for their decision during his speech in the aftermath of the vote.

In spite of the completely anti-democratic Yes side’s campaigning and the obvious fraud, the Yes vote only “won” the referendum with 51% of the vote. This may look like a victory, but it is a great example of a Pyrrhic victory (Pyrrhus, the King of Epirus, defeated the Roman army at the Battle of Asculum. However, Pyrrhus suffered so many casualties that he had to forsake the throne). The cost of a victory on a battlefield was the political power Pyrrhus sought. Likewise, Erdogan may have won this election but he might eventually lose much more than that.

To begin with, in spite of the atmosphere of de facto dictatorship, half of the country has voted against Erdogan’s will. This is a clear expression of their anger at him and his regime, including from some traditional conservative AKP voters. The combination of the votes of the two parties of the Yes camp, the AKP and the far-right MHP (Nationalist Movement Party), was almost 60% at the last general election. The total votes for the referendum Yes camp amounted to only 51%, despite it being rigged. In Turkey’s three biggest cities, Istanbul, Ankara and Izmır, a majority voted No. This is all the more significant since in both Istanbul and Ankara the AKP won previous elections. The loss of the two biggest cities of Turkey is a big disadvantage for Erdogan ahead of local elections in 2018.

The situation among Kurdish voters was another important factor in the outcome of the vote. At the beginning of the electoral campaign, the HDP MPs, including the co-chairs, were detained; many HDP members in Northern Kurdistan were taken into custody, and many local HDP mayors were removed from their posts on trumped-up terrorism charges. Erdogan knew full well that the nationalist parties – the opposition CHP (Republican People’s Party), as well as the MHP – did not have any base in North Kurdistan, and that the AKP was the second-biggest party electorally after the HDP. So the HDP was the only political organization that could organize an effective No campaign among Kurdish voters and challenge the ruling party. That is why Erdogan targeted and paralyzed this party at the beginning of the electoral campaign.

The outcome of the referendum confirms this, since there is a rise of pro-Erdogan votes among Kurdish voters compared to the last general elections. In Diyarbakır, the biggest Kurdish city in Turkey, the total combined votes that the MHP and AKP won in the last general election and the number of Yes votes in the referendum are respectively 22% and 32%. In Van, those proportions were 30% and 43% and in Hakkari 14% and 32%. Under the influence of state repression, of the forced exile of tens of thousands of people as a result of the state of war and siege which many Kurdish cities have suffered from, and in the absence of the HDP as an organised electoral force, the percentage of Kurdish votes shifted towards Erdogan. YEt this is not in any measure the expression of a real social dynamic behind the AKP and the Yes vote.

“There is always hope”

By means of this referendum Turkey’s de facto dictatorship has turned into a de jure one. But under the veneer of victory, these results confirm that Erdogan is losing social support, and that a subterranean anger has penetrated deeper in society. The referendum is definitely a nail in the coffin of the country’s fragile bourgeois democracy. But a mood of despair would be the real nail in the hopes of the working class and the poor. We can already see reaction from the streets. In places like Istanbul and Northern Cyprus and other areas, spontaneous demonstrations burst out on the very evening of the referendum, an encouraging sign that a layer of society will not tolerate the descent into a dictatorship without a fightback.

These are the seeds of what need to become a mass resistance against the regime’s enforcement of the new constitutional changes. Such resistance needs to be organised to immediate effect, and needs also reaching out to the Yes voters among the poor, young people and workers. It needs to be explained that these changes will in no way improve their lot nor even secure the limited gains of the past economic growth which provided the main lever for building the social reserves of the AKP. On the contrary, the economic situation is worsening fast, and the reinforcement of authoritarian measures is aimed at helping the regime to crush the growing dissatisfaction and potential explosions of class anger.

In such a period, the arguably “social democrat” opposition of the CHP represents no genuine alternative for the masses. Although this party opposes Erdogan and campaigned for a No vote, it is a nationalist party defending an economic programme very similar to the AKP, based on the continuation of capitalism, i.e. on the economic exploitation of the majority. The major difference is that the CHP represent a different wing of the Turkish bourgeoisie.

The political polarization in Turkish society between the AKP and the CHP is seemingly based on lifestyles (conservative or secular). But they are both based on the prevailing system and social structures. A united workers’ movement is the only remedy to these two pro-capitalist poles, and also the biggest antidote to Erdogan’s polarizing poison. What we need is an alternative party, for which the HDP can be a very important conduit, which mounts a class struggle both against the descent towards dictatorial rule, and in favour of decent jobs and living standards, public services, social justice, for the rights of the Kurds and other minorities, and for workers’ unity and socialism. Under the dim light of dictatorship we have no one to trust but our own strength!