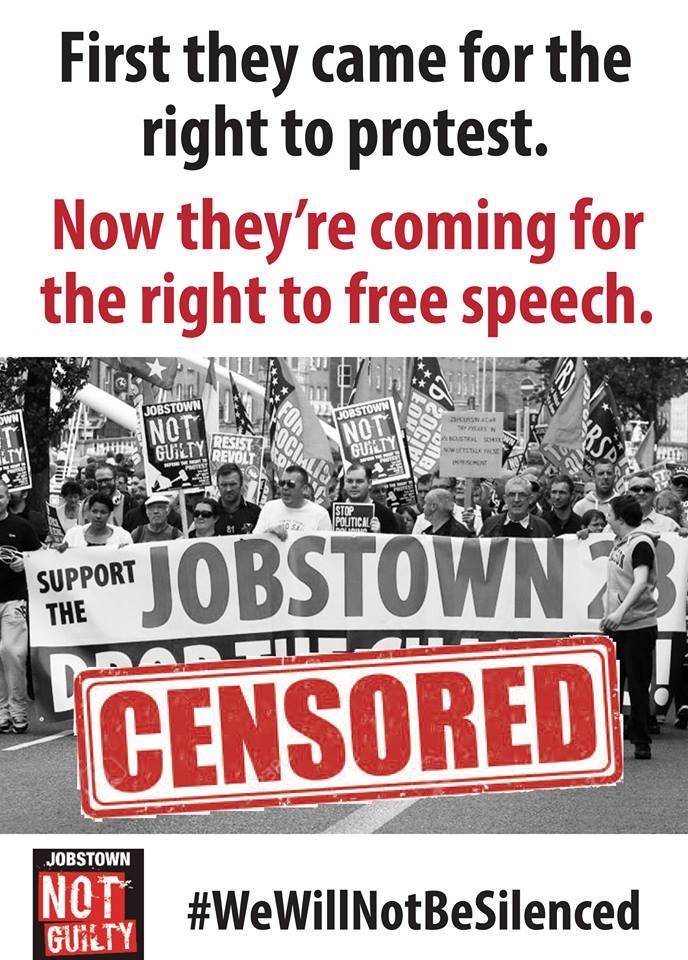 Defendants in the Dublin #jobstownnotguilty court trails, the first of which are due to take place in April, face attempts by the state prosecutors today to gag their campaign, by changing the defendants’ bail conditions. Yesterday’s court hearing on the matter was postponed but today the defendants face being sent to prison because they refuse to be silenced and for defending the right to protest and free speech.

Futhermore, the Director of Public Prosecutions (DPP) is today seeking to restrict the jury for the scheduled trials in April, by stopping the following people from serving: Anyone from Tallaght (which includes Jobstown), in Dublin; anyone active in campaign groups against water charges; anyone who has expressed any views on water charges on social media or anywhere else.

For more up to date information, including a video made yesterday by one of the defendants, Paul Murphy TD (member of the Irish parliament for Solidarity and member of the Socialist Party (CWI Ireland)), visit: https://www.facebook.com/solidarityie/

For more background info on the #JobstownNotGuilty campaign, click here.