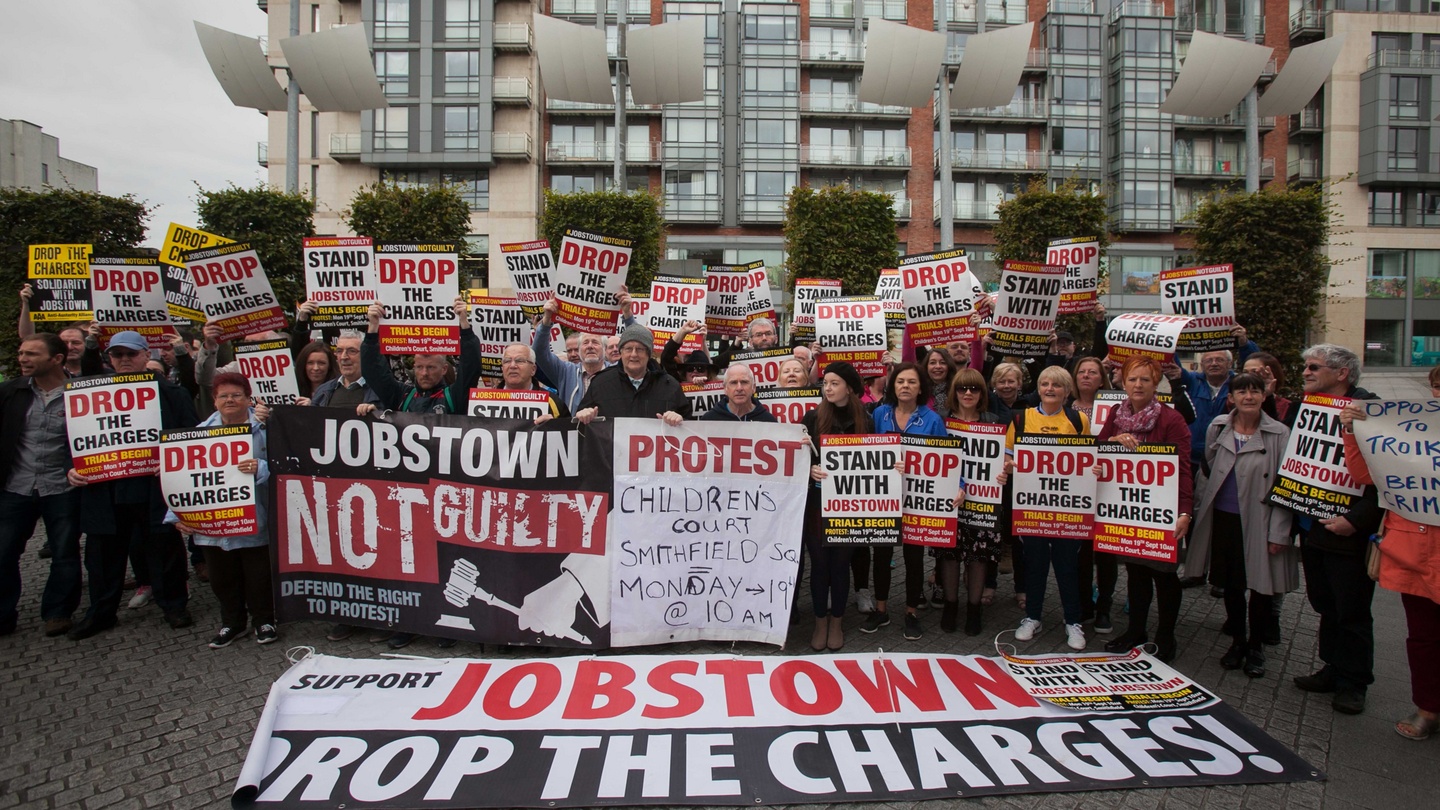 The #JobstownNotGuilty international day of action on March 23 was a huge success.

Over 30 protest actions were organised in more than 20 countries.

Two videos have been put together showing examples of the many protest actions that took place, which can be seen at the following links. Part 1 . Part 2.

Also, so far, 88 MPs and MEPs (not including any Irish TDs, which will be released later) from 17 different countries, have signed up to support the campaign: Belgium, France, Germany, Greece, Italy, Spain, Portugal (the entire parliamentary group of the Left Bloc), Sweden, Finland, Denmark, Sri Lanka, Israel, Chile, Cyprus, Turkey, Hong Kong, Romania. The figure should go over 100 in the next few days.

The bulk of this international solidarity was organised by sections of the CWI – sister parties of the Socialist Party in Ireland, which is part of Solidarity – the left alternative.

The CWI would like to thank all its members and supporters who participated in this great effort. For more background info on the #JobstownNotGuilty campaign, click here.