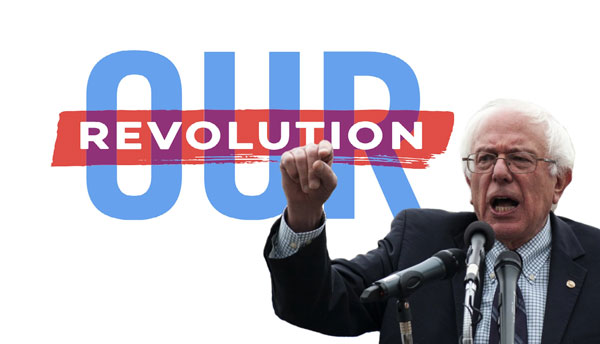 A huge debate is opening up among workers and youth about how to defeat Trump and fight for genuinely progressive politics. Packed meetings of hundreds of people, including many organized by Socialist Alternative, are being held around the country.

One common idea is that we must combine the building of a movement against Trump with a determined effort to “take back” the Democratic Party and make it an instrument that represents the interests of ordinary people rather than Wall Street. This is the argument of Bernie Sanders and his Our Revolution group, as well as the dominant elements in the Democratic Socialists of America.

Given the divisions that have opened up in the Democratic Party due to their incredible failure to defeat the odious Trump, it is understandable why many would be attracted to this perspective. More than at any time in the past 40 years, the “centrist” neoliberal leadership of the party is on the defensive. The position of Sanders and Senator Elizabeth Warren has been strengthened. Democratic Senate Minority Leader Chuck Schumer has even responded to growing demands for change by backing the candidacy of Congressional Progressive Caucus Co-Chair Keith Ellison to lead the Democratic National Committee and by giving long-time independent Sanders a junior role in the party leadership.

But at the same time, the dominant wing of the party is pushing back hard against any idea of drawing lessons or responding to the massive anger at corporate politics. This is exemplified by Democratic House Minority Leader Nancy Pelosi’s stunning denial of any need to take stock: “I don’t think people want a new direction” (RealClearPolitics.com, 12/4/2016).

Ellison’s campaign is running into fierce push-back from the Obama White House and key Democratic leaders. The race has now been upended, with Labor Secretary Tom Perez being brought in as a safe establishment alternative who could become the new favorite. If Ellison is defeated, all three of the key leading positions in the party will continue to be filled by establishment Democrats.

The question of the character of the Democratic Party was sharply posed by Sanders’ historic campaign earlier this year, which was met by ferocious resistance. A total of 40 Democratic Senators opposed Sanders, while only 1 endorsed him. The lengths to which party leaders were prepared to go to stop Sanders’ pro-working-class campaign was revealed by Wikileaks.

We believe in the unity of the widest possible forces in common action against Trump’s attacks. But we strongly disagree with the view that the corporate Democratic Party can be turned into an instrument for working people. There is a mistaken idea promoted by some on the left that the Democrats once represented the interests of working people. This was never the case. The progressive policies often attributed to leaders like Franklin Roosevelt and Lyndon Johnson were, in fact, concessions to the demands of powerful labor and social movements. FDR famously defended his New Deal policies to business leaders as necessary to forestall greater rebellions by workers, saying he was “the greatest friend American capitalism ever had.” LBJ, concerned about the growing revolt on his watch, bent to the enormous pressures of the Civil Rights movement.

It is true that the party moved further to the right in the ‘80s and ‘90s, but this reflected the needs of capitalism in a new period, which had shifted to neoliberal policies in order to restore corporate profitability.

The Democratic Party is tied by a thousand threads to big business and Wall Street. While many reason that the existing framework of the party is valuable and makes reforming it easier than launching a new party, the opposite is true. The Democrats’ existing structures will be used as weapons against Our Revolution and other progressive reformers, as was already on display during the elections. To even have a chance at seriously challenging the Democratic leadership, Our Revolution and groups like it would themselves need to have a grassroots activist character, with local groups and democratic decision-making instead of the current top-down model. But this would actually point toward the outline of a new party.

As Sanders correctly said in the debates, you can’t serve the interests of both Wall Street and working people. A party that stands for the 99 percent must advance a bold anti-corporate, working-class agenda and be prepared to welcome the contempt of the billionaire class. It would need to require its elected representatives to refuse all corporate donations and accept only the average income of their constituents, like socialist Councilmember Kshama Sawant in Seattle. Most Democratic elected officials would choose to leave the party rather than accept this situation.

This is why we will continue to argue for a new party of the 99 percent. While there is no doubt that many good people will fight to reform the Democratic Party in the coming period, the corrupt party leadership will block any and all such attempts by whatever means necessary, in order to defend the interests of their big business allies. This will lead the best workers and activists to see the need for their own party, independent of all corporate cash and influence.