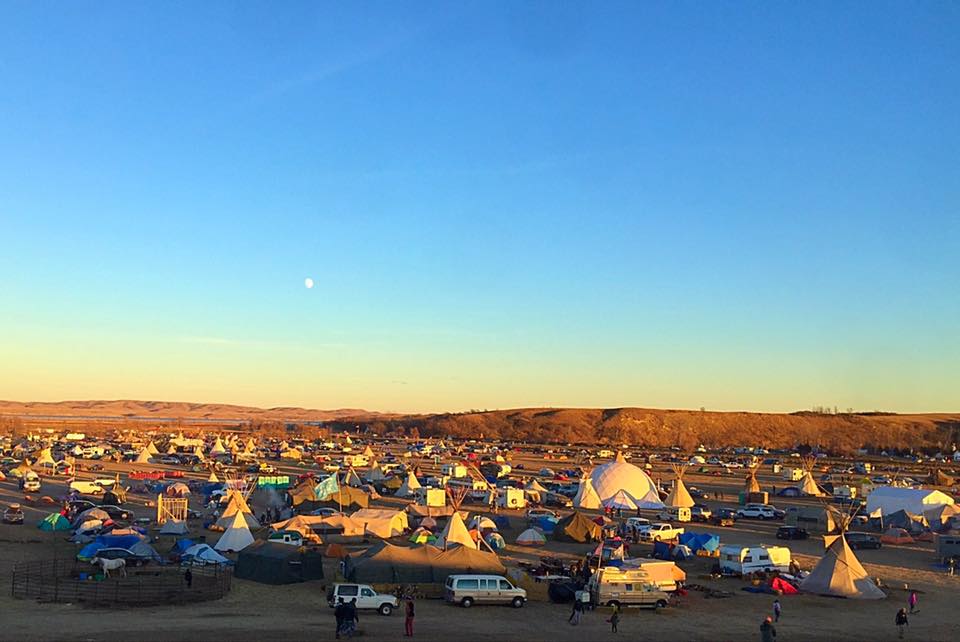 Today, as millions of people in the U.S. celebrate Thanksgiving in the warmth of their family homes, the courageous indigenous Americans standing up against the Dakota Access pipeline face continued violent crackdowns on the freezing plains of North Dakota. The police assault reached a fever pitch on Sunday, with 300 people injured at the Oceti Sakowin encampment, including one woman who is now in danger of losing her arm.

Mr. President, this brutality cannot be allowed to continue.

It is time for you to face up to what is taking place in Standing Rock, and to call this off once and for all: deny the easement to the Dakota Access corporation.

This all could have been prevented months ago, in April, with your signature. It can be ended now if you will take action today in defense of Native Americans and the environment. In addition to rejecting the easement, police and private contractors who have committed acts of violence must be investigated and charged, and all arrest warrants related to peaceful protest must be dropped.

Already, inaction by Democratic leaders underscores why nearly half of America could not bring themselves to vote in the presidential election. The party establishment once again has reaffirmed its loyalty to Corporate America and Big Oil, rather than defending the ordinary people who it claims to represent.

Discussions around Thanksgiving dinner tables today may be some of the most tense in decades. With the leadership of both major political parties blatantly serving corporate interests, we have been left with the “anti-establishment” victory of what will likely be one of the most right-wing administrations in U.S. history.

Ordinary people must continue to build our movements, in Standing Rock now, and across America in the coming weeks and on inauguration day, to fight back against the bigoted and dangerous policies of the incoming Trump Administration. To be successful, we will need to organize independently of both these big business parties, and look to each other for real hope and change. And to finally defeat this brutal pro-capitalist agenda, we will need to build a new mass political party – of, by, and for the 99 percent – and fight for a socialist future.

I hope you, President Obama, will at last take action on Standing Rock. At the same time, I also call on millions of working people to continue to support the movement, to get involved, and to donate to the Standing Rock legal fund. We owe an enormous debt of “thanksgiving” to indigenous people for their courage, as they stand up for the interests of all ordinary people and the environment in this struggle, and as they have so many times before.