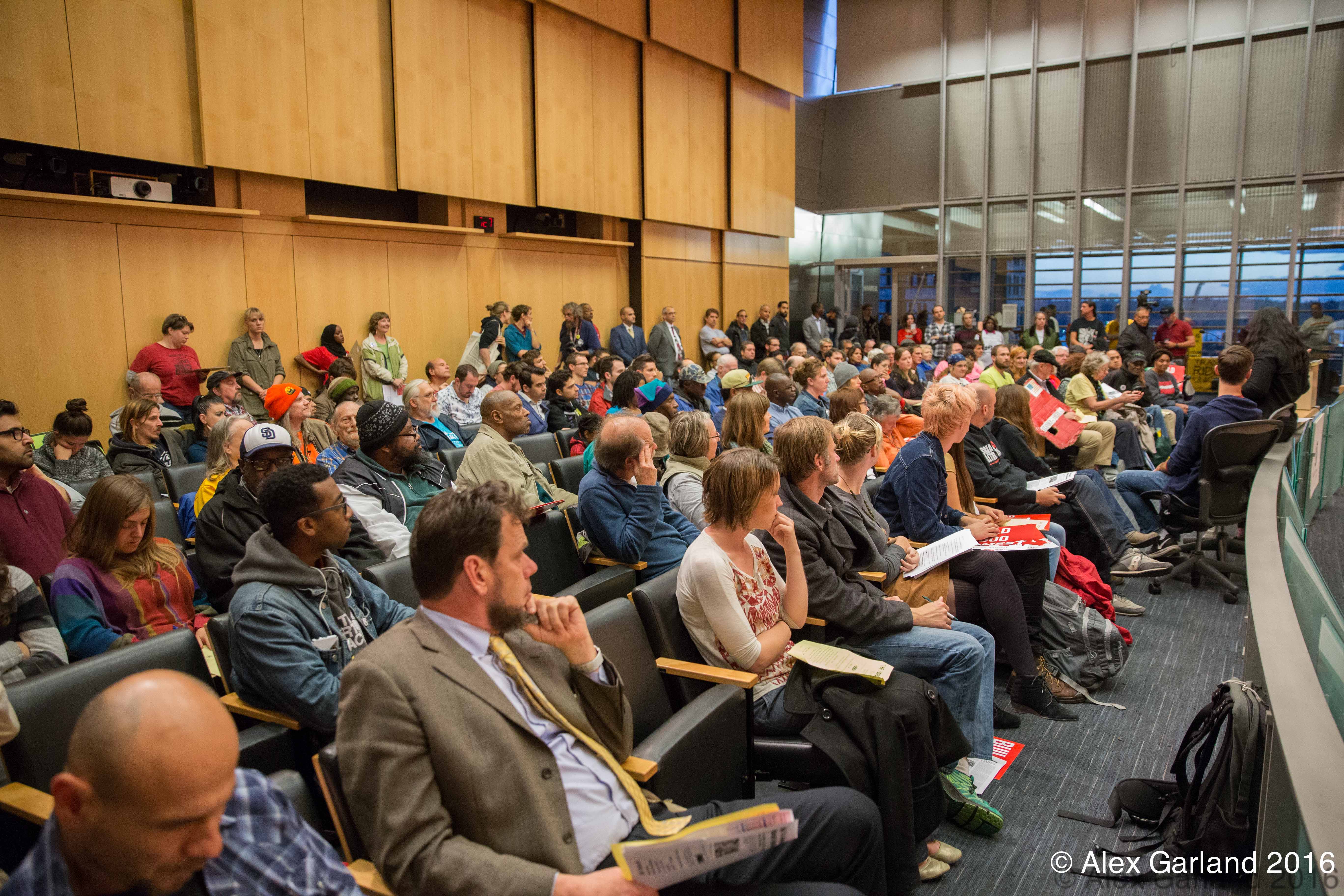 As the city of Seattle commences its annual budget process, community leaders are coming together to organize and fight for a budget which prioritizes the needs of working people and the poor, and to fight against a budget which further militarizes the police and serves the interests of developers and big business.

The People’s Budget is an annual gathering of community members, social justice activists, homeless advocates and labor leaders convened by Seattle City Councilmember and Socialist Alternative member Kshama Sawant.  By bringing together working people and their representative organizations, the People’s Budget is the counterweight to the business as usual city budget put forward by the Democratic Party establishment that overwhelmingly benefits big business, landlords, and developers.  In years past the People’s Budget demanded and won more funding to address the exploding homeless crisis and funding for a women’s shelter, despite the overall character of the budget as one dominated by big developers and big business, based on continuing economic and racial injustice.

This year, from start to finish, the central demand was clear – Seattle must allocate the $160 million dollars originally slated for a creation of the most expensive police precinct in North America to build 1,000 units of affordable housing. With the success of “Block the Bunker” to put these plans on hold (see: “Victory! Seattle Blocks Police Bunker”), the budget season started with  an encouraging trajectory for the movements challenging the status quo in the interest of working and poor people.

Councilmember Kshama Sawant and speakers throughout the evening made clear that this opening would not have been possible without the work of the coalition who helped postpone the construction of the bomb-proof police bunker.

As the third annual People’s Budget Town hall reached it’s conclusion  a keen understanding was developed that the best way to prevent the bunker from being built in the future is to use the $160 million to address the many issues facing the city, particularly the affordable housing crisis. Michael Ramos of the Church Council of Greater Seattle asked “what’s a good use of our tax dollars, to shelter the homeless and help families thrive or build a police bunker?” and the attendees roared back “housing!”

Socialist Alternative played an active role throughout the night connecting the fight against the police bunker and for 1,000 homes to the fight against capitalism and for socialism. Socialist Alternative member Kailyn Nicholson drew out this connection when addressing the room,  “our struggle to end racism is a struggle to end the division of humankind into haves and have nots, bosses and workers, the powerful and the powerless…the fight to end racism is the fight for socialism and we start right here, right now, with a budget for the people.”

When the event drew to a close the mood was hopeful and upbeat. As the crowd prepared to disperse one final chant echoed throughout the council chambers “Housing is a human right! Fight! Fight! Fight!”

To mobilize further to build 1,000 homes Kshama Sawant and Socialist Alternative urge everyone to flood the Council Chamber on Monday, November 21, 2pm for the final vote on the budget and also to prepare to speak out and rally at the council debate on the amendment to build 1,000 homes, most likely on Tuesday, November 16, 9am at City Hall.   Please follow Councilmember Kshama Sawant’s blog, sawant.seattle.gov to find out more and get organized with Socialist Alternative.

The third annual People’s Budget Town Hall  made it clear, people are prepared to fight back and put housing over bunkers..