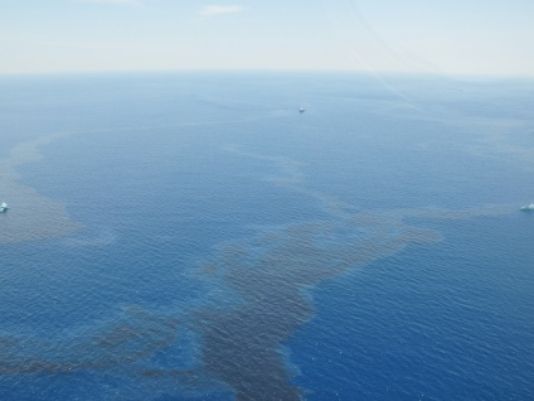 On May 12, a Royal Dutch Shell undersea pipeline leaked 90,000 gallons of oil into the Gulf of Mexico, 90 miles off the coast of Louisiana. The spill occurred on the same day that the Obama Administration released its new five-year plan to sell 47 million acres of the Gulf to oil companies for offshore drilling.

This spill also occurred just a few weeks after the sixth anniversary of the most devastating environmental disaster ever to occur in the United States. In 2010 a British Petroleum offshore explosion released millions of gallons of oil into the Gulf of Mexico, killing eleven workers. The spill had an incalculable environmental impact, killing thousands of wildlife. This disaster has taken years to clean up and caused many illnesses and deaths for those cleaning it. And still, about 30 million gallons of oil remains in the Gulf. Despite this, offshore drilling continues and is growing.

The BP and now Shell oil spills expose the reckless corner-cutting and flagrant disregard of humanitarian and environmental concerns that has become a normal part of business. But this is not unique to the oil industry.

In 2015, Volkswagen, in a highly publicized scandal, was forced to admit to rigging 11 million of its cars to cheat on emissions tests. A few months after, Mitsubishi was caught cheating in the same way on hundreds of thousands of cars.

Multinational multi-billion-dollar corporations have been given a comfortable leeway in our economy to make “mistakes,” attempt to clean them up or cover them up, and then carry on with the same practices that made the problem in the first place. Instead of being prevented, they remain commonplace in the race to maximize dirty profits.

But protest and mass opposition to the oil companies plans are having an effect. It is notable that while plans to expand drilling worldwide are still being pushed forward, they do not include Arctic territory, after overwhelming public opposition and the 2015 Shell No! protests shut down an Arctic Shell oil rig.

But as long as the public has little or no say in how these corporations are run, they will continue to bulldoze environmental and humanitarian regulations in the endless pursuit of profit. We can’t control what we don’t own, and these corporations have shown their willingness to cheat past any regulation that’s put on them. We need to take the major energy and automotive corporations into public ownership. We could use their vast wealth to rapidly and rationally build world-class mass transit and green energy, a transition that could provide millions of unionized, living wage green jobs.