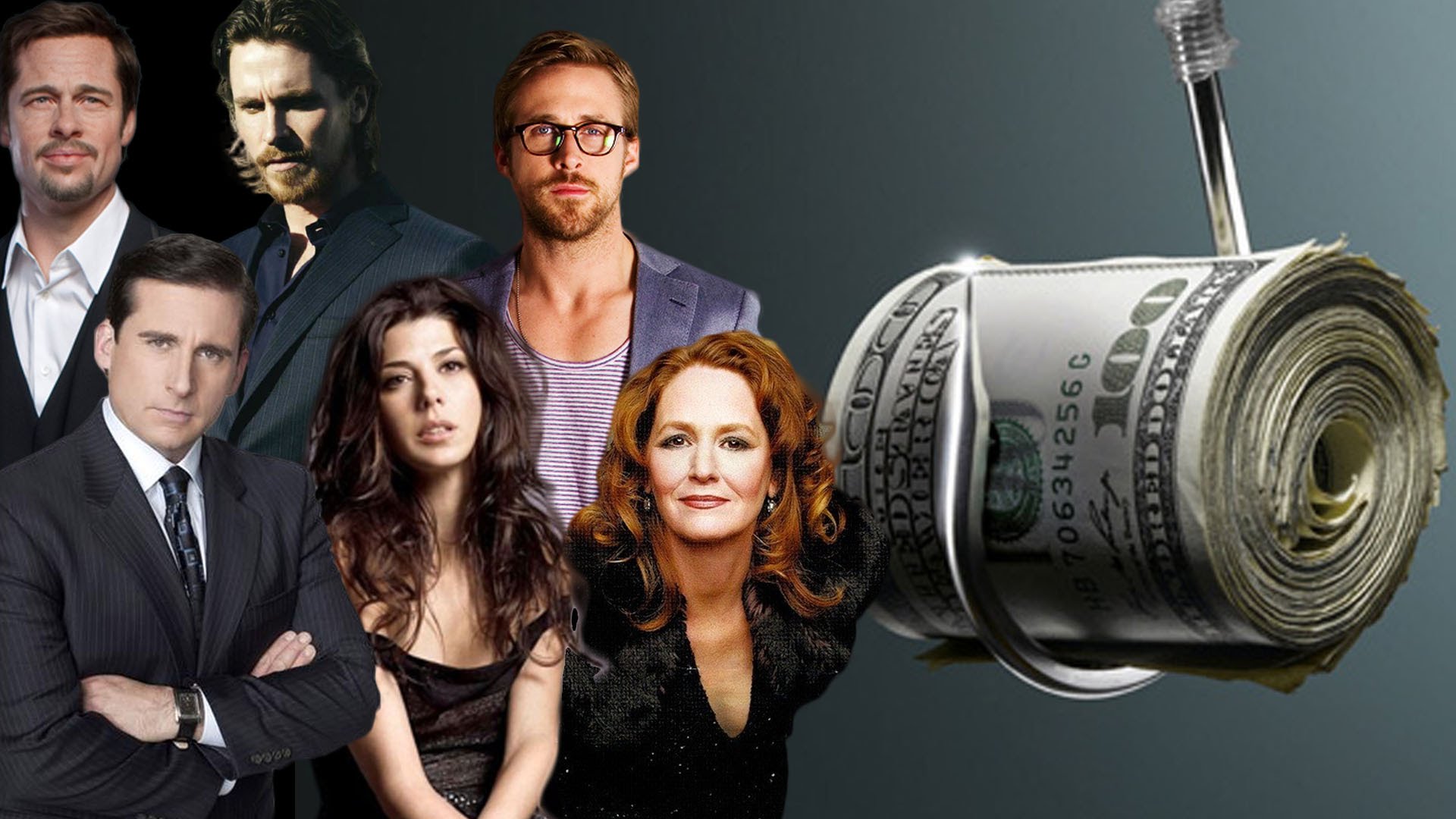 The devastation of the Great Recession cost seven million working people their homes, almost nine million their jobs, and ushered in a new era in which poverty wages and job insecurity are the new normal.

Against that background, it is a strange choice to base a story about the housing crash on a sympathetic cinematic portrait of hedge fund whiz kid managers. Yet through its narrative of greedy mortgage bankers, Wall Street speculators, and bond agencies, The Big Short brings an understanding of the collapse to a mass audience, while exposing the underlying corruption of the financial system.

We follow Michael Burry, Mark Baum, and Ben Rickert (Christian Bale, Steve Carroll, and Brad Pitt) as they investigate the subprime loan bubble and the securitization of those loans which will eventually take the economy off a cliff. And as that happens, we see the role played by the big financial firms and commercial banks in this debacle.

In an interview about the film, Director Adam McKay, summed this up by saying, “…these banks put so much into portraying themselves as rock solid…project(ing) stability and cautious foresight, just to find out that they were selling products that were filled with garbage and ended up selling them to each other, and bringing each other all down, and then going to the taxpayers after preaching free markets and asking for a handout, and then taking the handout, and going back and acting like they are still kings of the world — it’s ridiculous.”

The movie, based on the book of the same name by Michael Lewis, of Liar’s Poker fame, presents a story of people who made enormous sums of money by “shorting” (that is, gambling on a drop in value) of the subprime mortgage market in 2006-2008. A line from Brad Pitt may be the most honest assessment of these sharks, when he tells them, “You just bet against the American economy, and if you win, hardworking people will suffer, so try not to celebrate.”

There are really two stories here. The first is the amazing orgy of speculation on real estate that replaced the tech and “dot com” sectors as the favorite place to make obscene amounts of money. This meant selling mortgages to buyers which the banks knew would be at considerable risk of defaulting on them, many of them working class and people of color. As the film explains, one widespread and cynical method by which this was done was through the infamous “adjustable rate mortgage” (ARM) which could double or triple payments after an initial period. Then as people began to fall behind on their payments, the same banks that had given them ridiculously easy terms at the outset now swooped in and foreclosed on their homes.

The second story is in how by securitizing these mortgages, they made a bad problem much, much worse. Part of the drive to push as many mortgages as possible was so that they could be “bundled” into a “Mortgage-Backed Security” (MBS) and then sold on Wall Street as a bond. Once the banks started selling ARMs by the thousands to people they knew couldn’t afford them, these bonds became a mix of a thin layer of good mortgages covering over these subprime mortgages. The result was the bonds became essentially worthless, as there would be no payoff. Although ratings agencies were supposed to assess these securities for the garbage they were, they essentially colluded with Wall St. to hide the actual state of affairs.

The Big Banks Ignore the Problem

The tension of the movie is sustained by the realization by hedge fund manager Michael Burry (Bale) and others that these securities are junk, and that the second the housing market starts to slow down, the inability to pay investors will cause a complete collapse in the financial markets that handle them. Burry became obsessed with analyzing the minutiae of mortgage agreements. His analysis tips him off to the actual phony nature of the securities.

While trying to sound the alarm, the protagonists are repeatedly astonished and disgusted with the incompetence and venality of day traders, investment managers and ratings analysts at various Wall Street institutions. As the story unfolds, the incompetence, corruption, and complacency is shown at every level all the way up to Ben Bernanke, Chairman of the US Federal Reserve. Baum in particular grows disgusted by how the system works against ordinary people.

Yet once Burry, Eisman, Baum and the other investment managers realize the catastrophe facing the subprime mortgage market, their actual role is finding a way to earn huge amounts of money off the collapse. The major device they used, developed initially by Burry, is the credit default swap. In a credit default swap, the buyer of the swap pays the seller any payments due up to the bond’s maturity date. In return, the seller agrees that if the bond defaults, the seller will pay the buyer its full value plus interest. Burry and friends use this method to buy up securities they know will default, and wait for the inevitable payoff.

Although we are clearly supposed to be sympathetic to these fund managers, they are in fact making a fortune, and for them the inevitable human suffering is essentially an afterthought. The film pays little attention to this, with just one wrenching sequence of families living out of their cars. Although supposedly anguished by the collapse they know is coming, the film shows the parties pocketing a handsome payoff.

The movie is at its best when portraying the complex financial instruments and their effect on the markets. It uses celebrities as “experts” who explain the situation while dropping the formal terminology in favor of layperson’s language. Selena Gomez, sitting in a casino with an economics professor, is particularly effective in explaining “synthetic” swaps. As credit default swaps spread, even more arcane financial instruments, essentially bets place on bets placed on bets, become the norm.

The movie is entertaining and yet appalling given its subject matter, and it’s likely to draw a mass audience, especially those who want to understand how this series of events happened. There is a level of critique, however, that the film really does not achieve. Sure, plenty of people were greedy, blind, benefitting from the financial casino Wall St. had become. But there is something else, and that is a core element of capitalism itself: the constant drive for more profit at any cost. If that is achieved by ignoring risk and turning people’s hard-earned mortgages into commodities and then foreclosures, so be it.

In one of the final scenes, the narrator, spins a fantasy montage of banks being broken up, Wall Street execs going to jail, and regulation being put in place to prevent further crashes, only to say at the end, “just kidding.” That’s not just a case of politicians being bought by bankers. The profit imperative of capitalism itself drive both Wall St. and the government to keep the financial casino open for business.

As the film hints, nothing has really changed today, as unsustainable debt levels, mortgage backed securities and too big to fail banks are still in place, showing the complete inability of capitalism to regulate itself.