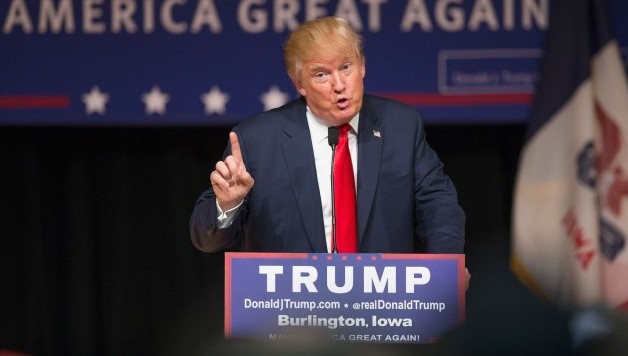 ISIS Attacks Are a Gift to the Right-Wing

Ordinary people reacted with horror to the terrorist attacks in San Bernadino on December 2. Fourteen people were gunned down in cold blood by a couple who appear to have been acting in support of ISIS and had amassed a small arsenal completely legally. Coming in the wake of the ISIS attacks in Paris in November, the San Bernadino attack has understandably created widespread fears of further and even bigger attacks inside the US by reactionary jihadists.

These fears are being relentlessly played on by the right wing, led by the odious Donald Trump, to beat the drum for an escalated military campaign in Syria and to unleash a wave of racism and xenophobia domestically, directed against ordinary Muslims. Trump has now gone as far as to propose that no Muslim immigrants should be allowed into the country, citing the precedent of the American government’s racist detention of Japanese civilians during World War II.

Precisely what ISIS wants is to draw the West into a full scale military intervention into Syria and Iraq. It also welcomes right wing attacks against Muslims in the West because they believe this will help draw alienated young Muslims towards their reactionary campaign. In this sense the right and far right in the West and the jihadists have complementary agendas.

Trump’s dangerous rhetoric has also given encouragement to domestic white supremacists like those who shot at Black Lives Matter activists in Minneapolis last week. This is part of a series of right-wing attacks in recent weeks including the attack on a Planned Parenthood clinic in Colorado Springs. Terrorist attacks carried out by the homegrown extreme right are far more common in the US than those carried out by people inspired by right wing political Islam.

The question now is how can we build the broadest movement to push back against right wing nativism, xenophobia and war hysteria. There are now increasing attacks and threats of attacks against Muslims. Bernie Sanders spoke for millions when he said, “What somebody like a Trump is trying to do is to divide us up – a few months ago, we’re supposed to hate Mexicans. Now we’re supposed to hate Muslims. That kind of crap is not going to work in the United States of America.” But the reality is that the rhetoric of Trump and other right wing Republicans is getting an echo in some sections of society. According to a Newsweek poll, a majority now favor sending ground troops into Syria, a shift from even a few weeks ago.

Everywhere Trump goes, he should be opposed vocally with organized protests of the labor movement and anti-racist activists. It is a welcome development that workers in his hotels are carrying out unionization drives to strike a blow at his demagoguery and lust for profits.

While the establishment, Republicans and Democrats alike, from Ted Cruz to Obama, almost universally came out to say they disagreed with Trump, it is the mainstream warmongers whose policies have led to this situation.

Republicans and Democrats supported the disastrous invasion of Iraq in 2003 that became the breeding ground first for Al Qaeda in Mesopotamia and now ISIS. While Obama made it a central part of his message to end the wars in the Middle East, his administration recently announced that it would keep nearly 10,000 troops in Afghanistan until 2017, i.e. until the next president takes office. Now special forces are involved in combat operations in Iraq and soon will be in Syria.

Obama – reflecting the nervousness of a section of the establishment at being drawn in deeper to the Syrian quagmire – has resisted the idea of sending in a larger ground force to fight ISIS in Iraq and Syria while stepping up the bombing campaign. The reality is that his policy of waging “half a war” has dissatisfied all sides and only emboldened the right.

Groups like ISIS thrive in the oppression, humiliation and civil wars which have been the result of Western imperialist domination of the Middle East. It is only the united struggles of all workers and poor in the region – Sunni, Shia, Kurds and others – for a socialist future that can cut across the appeal of reactionaries like ISIS. The Middle East has strong socialist and working class traditions that can and must be rebuilt to oppose Western intervention and the parasitical local elites that the West backed for decades and to provide an alternative to ISIS.

The current media focus is all about Trump’s incendiary remarks and it is clear that the Republican establishment is desperately looking for a way to undermine his presidential campaign which they now see as endangering their party’s overall position going into a major election year. But while Trump has gone further in articulating a far right position than any other major US politician in a very long time, nevertheless there are a whole slew of prominent Republicans who are not too far behind. There’s the Republican governors who want to keep all Syrian refugees out of their states. And there’s Ted Cruz and Ben Carson who have been competing with Trump’s xenophobia and war-mongering.

And then there’s the incredible spectacle of House Republicans voting the very next day after the San Bernadino attack against a measure that would deny the right to buy weapons to those on the FBI terrorism watch list. We have no confidence in the FBI to “keep us safe” but this really speaks to the incredible pull of the reactionary NRA and the gun lobby on the Republicans.

As a “mass killing” occurs in the US on average once a day, it is very understandable that a large proportion of Americans want increased gun control. We would support some gun control measures but we also stress that the liberal gun control agenda will never address the broader underlying causes of the violence in US including from the lack of adequate mental health services, poverty, economic anxiety, massive alienation and the degradation of human life caused by capitalism.

How Do We Fight Back?

We need a strong movement to isolate all forms of terrorism and unite ordinary working class people. Racist demagogues like Trump are feeding into the economic and cultural insecurity of sections of the white working class and middle class and cannot be cut across with the empty rhetoric of politicians who are bought off by billionaires.

The threat of the right is not just directed at Muslims and immigrants generally. It is directed at the hard won rights of women, black people and the labor movement. Anti-racist demonstrations should be linked to working-class demands for a $15 federal minimum wage, high quality jobs for all, housing justice and an end to police violence. If all those targeted by the right were to unite in a mass movement they would represent the vast majority of the working class and Americans generally. This would be the beginning of fighting for a socialist future in which the threat of horrific violence directed at innocent people would be buried once and for all along with racism, sexism and mass inequality.