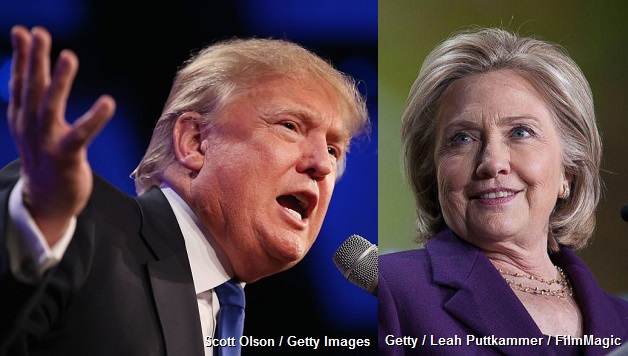 Robert Reich, the former labor secretary under the Clinton administration, warned the political establishment in a recent article:

“Political insiders don’t see that the biggest political phenomenon in America today is a revolt against the ‘ruling class’ of insiders that have dominated Washington for more than three decades” (robertreich.org 2 Aug 2015).

There is a revolt against racism, a revolt against low wages, a revolt against “politics as usual.” Despite a prolonged economic recovery, young people face dead-end jobs, piles of debt, and environmental destruction. The political establishment, bought off by big corporations, is widely distrusted in poll after poll.

The world, meanwhile, is a mess. Ethnic and religious division and war dominate much of the Middle East. China’s currency devaluations and stock market crash sent tremors through the global economy. Europe faces austerity policies and the potential to be broken apart. In short, many can see that this system isn’t working.

How Could a Racist, Sexist Billionaire Be So Popular?

In this situation, how can a racist, sexist billionaire like Donald Trump get such an echo? Trump gains a hearing because he attacks both parties and all politicians. He openly says that the political system is bought, and he can prove it – he’s bought politicians himself! He will not talk in careful tones, and some of the Republican base finds this refreshing. He’s also a monster created by the right-wing establishment, who have been stoking up racism and grandstanding with slanders and polarization for over six years.

What’s striking is that Trump is gathering support and enthusiasm that mainstream Republicans are unable to mobilize. They were also slow to attack Trump’s outlandish and objectionable statements. The Republicans face a fundamental problem: They need to excite a right-wing base that is increasingly out of touch with an electorate that is shifting to the left.

In the Democratic field, Sanders gathers momentum while Clinton is unable to excite people. This again shows a distrust in the establishment. Both parties’ primaries are gaining attention for candidates the big corporations that rule U.S. politics won’t get behind. These tremors in the political system and implicit possible independent runs for the presidency foreshadow a bigger coming earthquake in U.S. society.

“America has long had a ruling class but the public was willing to tolerate it during the three decades after World War II, when prosperity was widely shared and when the Soviet Union posed a palpable threat. Then, the ruling class seemed benevolent and wise.

“Yet in the last three decades – when almost all the nation’s economic gains have gone to the top while the wages of most people have gone nowhere – the ruling class has seemed to pad its own pockets at the expense of the rest of America.”

Organize to Cut Across Empty Populism

This system is no longer delivering, no longer legitimizing itself as a new generation enters the workforce expecting to do worse than its parents. Movements for jobs, equality, and freedom will come to the forefront and find a political expression. But the Donald Trump phenomenon is a warning to the labor movement and progressive organizations that anti-establishment sentiment can be mobilized behind right-wing and sometimes racist and sexist causes.

In this context, we must organize around the issues that matter to people in our communities, campuses, and workplaces: higher wages, affordable homes, quality schools, and an end to racist policing. This can cut across the empty populism of billionaires while also building a movement that can inspire and motivate people to get active.