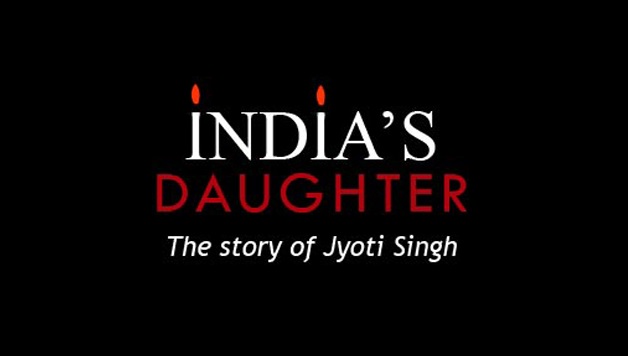 This article was originally published in Issue 188 of Socialism Today, the theoretical journal of the Socialist Party of England and Wales.

In spite of all the important steps forward, there remains widespread oppression of women across the globe. This can be seen at its most extreme in the neo-colonial world, especially in cases of sexual violence against women, in societies where women are categorised as second class, and at times the underclass, as with Dalit-caste women.

An example of the double exploitation faced by women is the controversy that surrounded the gang-rape of Jyoti Singh, a 23-year-old student, in New Delhi on 16 December 2012. That crime activated anti-rape demonstrations around the world. Of course, it was not an isolated incident. The only thing that made it unique was that it got such wide media coverage. Another example occurred in Badaun village, Uttar Pradesh, where two girls aged 14 and 15 were raped, murdered and their corpses hung on a mango tree. The girls’ families allege that the police did not file a report because the victims belonged to a so-called ‘low’ caste, and the perpetrators were from a ‘higher’ caste. Many other cases have emerged from Uttar Pradesh and other parts of India.

The recent documentary, India’s Daughter, by Leslee Udwin, is an overpowering indictment of female repression in India – where the film was banned. It tells the story of Jyothi Singh’s gang rape and murder by five men. Chilling statistics emerge, such as in India a woman is raped every 20 minutes. Images of the riot police using brute force to control the demonstrations are absolutely disgusting. The Indian government’s efforts were in vain, however. The protestors could not be scared off easily. Their rage against this crime and their resilience displayed a strong sense of solidarity.

The sexist comments by the rapists’ defenders are truly shocking. Such as: “You are talking about man and woman as friends. Sorry, that does not have any place in our society”. And: “We have the best culture. In our culture, there is no place for a woman”. One of the lawyers for the defendants says: “If my daughter or sister engaged in pre-marital activities and disgraced herself and allowed herself to lose face and character by doing such things, I would most certainly take this sort of sister or daughter to my farmhouse, and in front of my entire family, I would put petrol on her and set her alight”.

The driver of the bus on which Jyothi was attacked calmly explains that a woman who resists rape is begging to be murdered. He shows no remorse at anything that was done, only betraying a slight flinch when the many injuries were read out: from bite marks, to kicks, to the final pulling out of Jyothi’s intestines. One of the rapist’s wives is still with him, and completely denies that her husband would have done such a thing. Shockingly, she simply asks why her husband is being punished when there are other perpetrators at large.

Economic empowerment and education are the starting points for ending women’s oppression. Jyoti’s mother was proud of her daughter, and with the decision to sell the family’s land to pay for Jyoti’s education. She looked forward to her daughter looking after her and her husband in old age. She was adamant about her daughter’s innocence and was outraged by the culture of victim-blaming.

All the rapists in the documentary live with the gruelling consequences of poverty. These men grew up watching their female siblings deprived of even the limited access to education, food, healthcare, and mobility they had – in a culture that turns its back on the abortion of female foetuses. In India, for every 1,000 boys under the age of six, there are 914 girls. Often it is the mother, still raw from her delivery, who has to eliminate every trace of a daughter. Here is where women are objectified on the big screen. Here is where women are constantly reminded of the powerlessness that is their gender.

The men may have received more of the share of food or milk when their female siblings got none. In many poor households, healthcare is only an absolute must for male children – only given to a female child who is dying. Poor women in India are often a supply for surrogate motherhood, used as a reproduction machine. Travel in India can be dangerous for women. In unisex compartments there are multiple cases of indecent exposure and touching without the consent of the girl, while female compartments are overcrowded. It is heart-breaking that fellow passengers often watch these incidents without objection or comment.

Gender inequality and violence against women flow from the deeply ingrained idea that women are men’s possessions, exist to gratify men’s needs, and should depend on and submit to them. These ideas stem from the role of women as class-based societies developed, and women’s lives were relegated to producing offspring that would inherit the father’s property. Women were seen, therefore, as property themselves.

While in ancient India women were, by and large, equal to men, the restrictions on women and patriarchal values regulating women’s sexuality and mobility were strengthened during the establishment of class-based society. Similarly, caste and gender are closely related. The caste system includes control over the labour and sexuality of women. Ideologically, concepts of caste purity are applied to women to maintain patrilineal succession, and to justify the subordination of women.

Over time, the belief that women are lesser people becomes deeply embedded in the minds of both men and women. The systemic deprivation of rights, and violence against women – rape, sexual harassment and abuse, femicide, dowry deaths, domestic violence, the high level of female illiteracy, malnutrition, and continued sense of insecurity – keep women bound to the home, economically exploited, socially suppressed and politically passive. This message is reinforced by educational institutions and the media.

Patriarchal constructions are legitimised by religion as most religions regard male authority as superior. The laws and norms regarding family, marriage, divorce and inheritance are linked to patriarchal control over property. The position of the husband is that of the lord, master, owner or provider. This legitimises the idea that a woman should not be independent: a daughter should be under the surveillance of her father, a wife of her husband, and a widow of her son. Women do not have the right to decide whether or when they want to be mothers, the number of children they want to have, whether they can use contraception or terminate a pregnancy, and so on and so forth.

Significant changes have been taking place, however. Over the last two decades, more and more women have been compelled to go into paid work. They are becoming the primary breadwinners. Despite this fact, there is an inherent assumption that women, in the main, will go part time or give up their work or career with the arrival of children. This is a common finding in western countries too.

In India, feudal practices are so deep-rooted that even the recent, fast-paced (though lopsided) economic growth – and, along with it, societal changes – cannot completely overcome the oppression of women. Underpinned by inequality, exploitation and oppression, the capitalist economic system is incapable of bringing about the liberation of women. While it is possible to fight for and win some improvements in women’s lives, those gains will always be limited and are constantly being undermined.

Real liberation, therefore, requires a complete change in the way that society is organised. Because of the double oppression which they experience – both as women and as workers – working-class women have a particularly important role to play, and interest in, changing society. This means that women’s organisations, trade unions, community activists and individuals must fight together against women’s oppression and the system as a whole. Only then can we create a socialist society that works in the interests of all people.