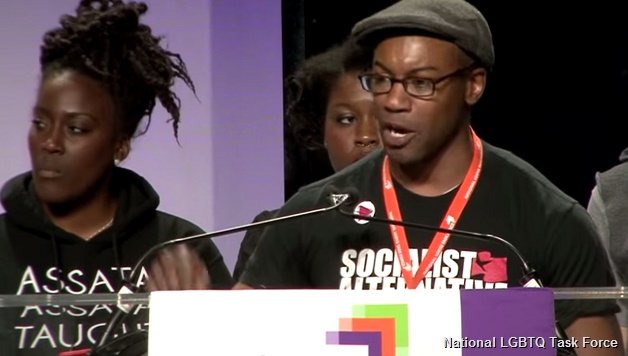 The entire conference was dominated by the theme of Black and Trans Lives Matter due to the national #BlackLivesMatter protests and the campaign for justice for Jessie Hernandz, a Denver teenage LGBTQ woman of color, shot 18 times by Denver police – which was the fourth time in seven months that Denver police officers have fired into a vehicle.

At one point in the conference, a hundred anti-racist LGBTQ activists took over the conference stage during the night that Denver Mayor Michael Hancock was set to address the event. Despite his ‘liberal’ veneer, Mayor Hancock has reigned for years over a police department notorious for brutality on black and brown youth in the city.[youtube id=”XRNycuH3SLQ&spfreload=10″ width=”620″ height=”360″]