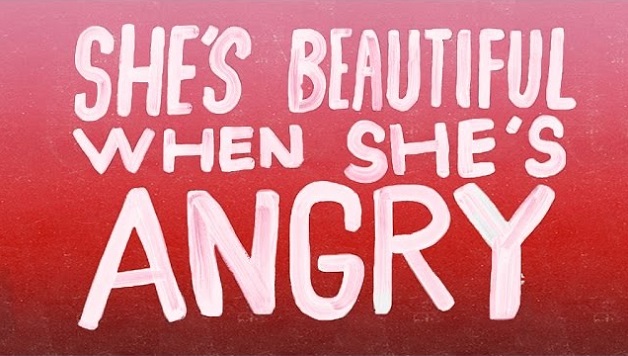 She’s Beautiful When She’s Angry is a documentary directed by Mary Dore, who also co-directed The Good Fight, a film about the Lincoln Brigades in the Spanish Civil War. It explores the eruption of the Women’s Liberation Movement in the late 1960s to the mid ‘70s in the United States, along with the societal and internal struggles it endured, as well as the way it helped transform the discourse on women’s rights in today’s society.

The documentary begins and ends with footage from recent militant protests in Texas against restricting abortion access. Whereas the mass media focuses on the filibuster by Texas State Senator Wendy Davis, the movie focuses on the lesser known women who built the movement in the past and who are standing up today.

The film thoroughly explores how art, story telling, music, and creativity brought the ideas and needs of women to the forefront of society in the ‘60s and ‘70s. Many activists developed skills and ideas in women’s circles that served as a safe place for women to share their stories and experiences as well as ask questions. These circles fostered a warm sense of community among women that was so lacking in mainstream society.

The documentary also offers a chilling account of the Jane Collective which tenaciously and courageously sought to provide medical care and counseling to women in need of abortions before Roe v. Wade made abortion legal. In addition to the Jane Collective, many other groups shared the belief that women needed practical advice and knowledge to aid in their fight against oppression. They produced and distributed books and pamphlets on self-defense, the female body, and DIY’s. Many workshops and panels were held to promote and discuss women’s issues.

Others had different tactics. Some held bra-burning gatherings, staged male cat-calling sessions, and disrupted legislative hearings. One particular group, the Womens International Terrorist Conspiracy from Hell (WITCH) used costumes and wands to put “spells” on “non believers” of the rising feminist movement. The movie covers a huge span of trends and organizations; the National Organization for Women (NOW), Radicalesbians, Black Sisters United, Hispanic Womens Liberation Groups, and the role of feminists in the Young Lords. The film gives an unapologetic look at how women had to push against residual sexism within many progressive groups. While showing the huge range of radical feminist activity in this period, there are areas not covered like the critical role of women and feminists in the labor struggles of this period. But that would truly require a separate movie.

Toward the end of the film a plethora of interviews reminds us that the struggle for women’s liberation has not remained in the past. Most importantly She’s Beautiful When She’s Angry inspires us to be both strategic and bold when taking steps toward our freedom.