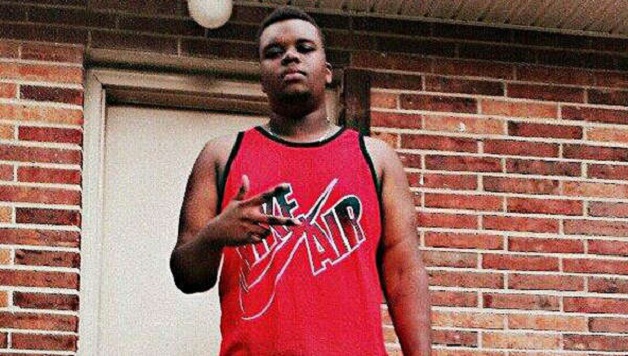 The murder of Mike Brown in Ferguson, Missouri has shed an ugly light on a few truths about American capitalism. U.S. society has consistently denigrated the image and voice of African Americans, most who are the descendants of the forced African diaspora now living in the United States. What is currently known is that Mike Brown purchased cigarillos at a convenience store. Later he was robbed of his life by the Ferguson Police Department, and finally, he was robbed of his dignity by the corporate media, such as the New York Times which proclaimed on their pages: “He’s no angel.”

Since the first slave ships arrived, America’s elites accumulated great wealth from the forced labor of African men and women through hundreds of years of slavery. This was “justified” by depicting Africans as sub-human, deserving of their circumstances because they were inferior. This divorce from the family tree of humankind is still being played on by the U.S. ruling class to this day.

This was highlighted once again with the case of Mike Brown — an 18 year-old young man who would have begun his first term in college in the fall of 2014 had he lived.

The effort to denigrate Mike Brown’s character in the media is part of a broader context of negative representations of African Americans and Latinos in the media and the racism that is prevalent in U.S. society. For hundreds of years, issues of race, sex and sexuality have been used to keep the working class divided, as a tool by the upper class to maintain their position. This has contributed to African Americans and Latinos receiving a lower income, and is a factor in why these communities are a less important market than white consumers for the corporate media and the advertisers they serve.

According to Robert McChesney’s book The Political Economy of Media, images of U.S. low wage workers, the poor, and minorities are frequently portrayed negatively in the mass media. As an example, in the 1990s the media became fixated with “gangsta’ rap,” which lent a certain justification to the U.S. government’s racist “War on Drugs” and “Get Tough on Crime” legislation. These policies contributed to African Americans — a demographic making up roughly 13% of the U.S. population — making up roughly 40% of the U.S. prison population. What is also important to note is that the majority of the consumers of gangsta’ rap were white suburban males as stated in Michelle Alexander’s book The New Jim Crow. It would seem that gangsta’ rap was more of a projection of “black” life encouraged by the corporate media than reality.

When Latinos are added to this equation, African Americans and Latinos — which make up an estimated 25% of the U.S. population — represent roughly 61% of the U.S. prison population. Poor whites are also disproportionately represented in prisons because of unfair legal system that effectively necessitates having thousands of dollars available to hire a lawyer.

The media coverage of the wars in Iraq and Afghanistan are another example of the media reinforcing and perpetuating racist ideas. The media coverage of the wars in the Middle East is often restricted to “embedded journalists” – journalists embedded in the U.S. military who are allowed to report only in war zones permitted by the U.S. military. The media often demonizes Muslims and Arabs — as well as those perceived to be of Arab ancestry — and the U.S. military often subjects them to unlawful, arbitrary detainments as part of a culture of tolerated hate crimes.

A mere six corporations own 90% of media outlets in the U.S. Unsurprisingly, minority and women ownership is severely lacking. These corporations are legally bound to turn a profit for their investors, not provide truthful information. They have created a culture of commercialism, misrepresentation, and blind parroting of statements from government officials packaged as unbiased “journalism.”  This has stifled the voices of the working class, minorities, women and LGBTQ populations.

The mass media’s coverage of the murder of Mike Brown and the events in Ferguson, showed clearly how, overall, the media’s role is to cheerlead the establishment, rather than challenge false assumptions with principled reporting. A crucial step forwards for democracy would be to break from this pro-establishment media, building independent media to provide a voice for the oppressed. Change is needed now.