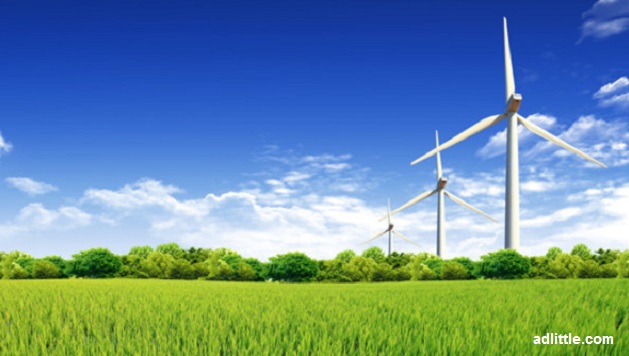 “Planning Green Growth” is a pamphlet written by Pete Dickenson in August of 2002.  Although it is an older piece, Dickenson’s analysis and argument is still an extremely important work on environmental sustainability.  The Introduction appears below.  For the full pamphlet, click here.

Tens of thousands of delegates will spend hundreds of millions of dollars junketing at the second UN summit on sustainable development in Johannesburg, South Africa, one of the biggest international conferences ever held.

This important and timely new pamphlet (published on the eve of the ’Earth Summit’ in Johannesburg), analyses the causes and scope of environmental destruction across the globe and asks what is the way forward. ’Planning Green Growth’ is a personal contribution by Pete Dickenson to the debate on environmental sustainability.

The author is a researcher and lecturer at a university in Britain in the fields of environmental management and East European studies, particularly on the impact of the restoration of capitalism on the former Soviet Union. Pete is also a long standing member of the Socialist Party, section of the CWI in England and Wales.

Pete clearly indicts the anarchic market system of capitalism as the chief culprit destroying the planet’s resources and indeed threatening the existence of all life in the long-term. He provides a detailed look at the arguments put forward by the environmental movement, including the theories of the ’steady, state market system’ and ’hard’ and ’soft’ sustainability. He asks, can the advocates of the ’eco-socialism’ tendency provide a solution?

In the second half of the pamphlet, Pete argues the case for a socialist program for the environment. He deals with questions such as, ’Where will the resources for sustainable growth come from?’ and ’What are the lessons from the Soviet Union?’. Only a planned economy, democratically controlled, can tackle the problem of global warming and other threats, and provide the basis for the ending of world poverty, hunger, disease and homelessness.

’Planning Green Growth’, backed up with facts and figures, is a vital contribution to the debate taking place on environmental sustainability.

Pete Dickenson’s contribution to this issue of global importance will be of huge interest to environmental, anti-globalisation and socialist activists, as well as to many workers, youth and students.

To avoid embarrassment, at a time when famine is sweeping the region, some of the governments involved are making cosmetic cuts in their delegations and restricting extravagant consumption of luxury items. This hypocrisy however, will only be matched by the quantity of hot air and empty commitments generated, if the pattern of the first Earth summit in Rio ten years ago is repeated. The main capitalist countries have a cynical attitude to the summit, shown by the fact that although 100 world leaders will attend they are not expected to include Bush, Blair, Chirac or the Japanese Prime Minister. When the 65,000 delegates arrive they will find a country devastated by the neo-liberal agenda imposed by the IMF, World Bank and the Western powers, where the gap between the, still mainly white, rich and the poor is greater than under apartheid.

The run-up to the summit could hardly have been worse for those hoping for a clear lead to tackle the growing environmental crisis. Months before the delegates assembled in Johannesburg, the main imperialist powers were making it absolutely clear that they were not interested in making any binding commitments that would even begin to tackle the environmental threats facing us. In April the US successfully forced the ousting of the Chair of the UN sponsored Intergovernmental Panel on Climate Change. Dr Bob Watson’s crime, in George Bush’s eyes, was to support the idea that the US, since it accounts for 25 % of all harmful emissions, should pay more than underdeveloped countries towards mitigating damage caused by global warming.