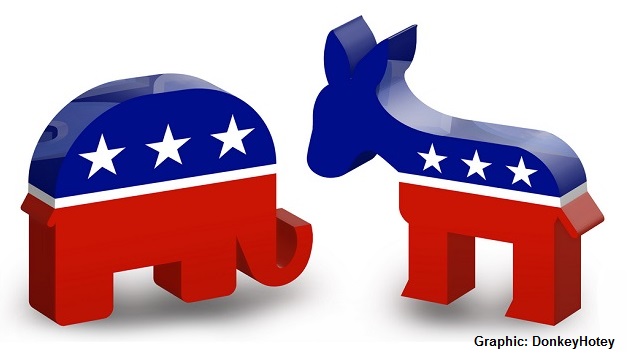 The potential to build a mass party for working people in the U.S. has maybe never been higher. Last year, 60% said the two parties didn’t represent them and that they would support a third party. For the first time, a majority in Congress are now millionaires! No wonder support for them has collapsed to under 10%. Class inequality and corporate corruption at every level have deeply eroded confidence in American capitalism and its two parties.

Then Kshama Sawant’s election last year sparked fresh optimism. The pessimists who said it wasn’t possible to win mass support for independent working-class and socialist politics are silenced. Now the victory for $15 has convinced thousands of Seattle workers that bold class-struggle tactics, combined with complete political independence from the Democratic Party, is the most effective strategy to win bread-and-butter victories.

Yet most discussion on the growing potential for building a mass left party remains abstract. What are the immediate next steps? How can local left electoral efforts be linked to a national strategy? How can we assemble the forces necessary to build a credible working-class party on a national scale?

There is no blueprint, and important local or national political breakthroughs could emerge from any number of struggles. Yet it would be a historic mistake for the U.S. left to take a “wait and see” approach. There is huge potential now.

Imagine the response, for example, if Senator Bernie Sanders, who is considering running for president in 2016 as a left independent, called a major conference to discuss building a left political alternative. With Sanders’ influence and bold, barnstorming campaign to build it, such a conference could attract thousands of serious trade unionists, immigrant rights organizers, environmentalists, and others feeling deeply betrayed by Obama and the Democrats. On this basis, the backbone of a powerful 2016 presidential campaign and a new left party could be rapidly assembled.

Unfortunately, it appears more likely that Sanders will run within the Democratic Party primaries, a tactic that the left should firmly warn is a dead-end trap. Yet this is not a forgone conclusion, particularly if, over the next year, left forces take bold initiatives to demonstrate in multiple regions the same potential already shown in Seattle.

Undoubtedly, the preferred scenario would be for the unions and other social movement groups that enjoy a significant base in the working class to break their ties to the Democratic Party and launch a new mass workers’ party. This would be a massive breakthrough raise class consciousness and dramatically increase the power of workers to fight for their interests in both the political and economic arenas. While the powerful statewide and national unions are not on the verge of breaking from the Democrats, there is space opening for vigorous debates in many union locals, especially where viable left electoral challenges provide a concrete choice. These local debates can push the process forward nationally.

The deep popular rage at the political establishment means immediate opportunities for left electoral challenges. These shouldn’t be squandered because of misleadership of the unions or other “base constituencies” of the Democratic Party that would, in the long run, need to be won over to establish a new mass party.

There is clearly a basis now, in hundreds of cities across the country, for local left electoral challenges to win mass support. This was demonstrated not only in Seattle and Minneapolis, but also in Richmond, CA, in Jackson, MS, in Lorain, OH, and beyond. Even where campaigns are not winnable, the basis exists to run strong left challenges that can push the process forward.

Imagine if, over the next two years, we elected just 50 left-wing and socialist candidates to local offices, state legislatures, or even Congress. Imagine if, alongside left community and labor leaders, these 50 left elected officials were united in calling for a new mass party for working people.

This type of scenario, while by no means automatic, is not outside our grasp if the wider U.S. left took an audacious, smart approach to seize the opportunities. It would be a strong foundation for calling a national conference to initiate a serious process toward forming a broad left party, bringing together socialists, Greens, and thousands of unaffiliated activists in the unions, community campaigns, immigrant and anti-racist struggles, women’s rights and LGBTQ groups, environmental campaigns, and others. Just as importantly, this would be a powerful basis to wage a serious campaign within unions and social movement organizations to break from the Democratic Party. The time for taking the initiative is now.