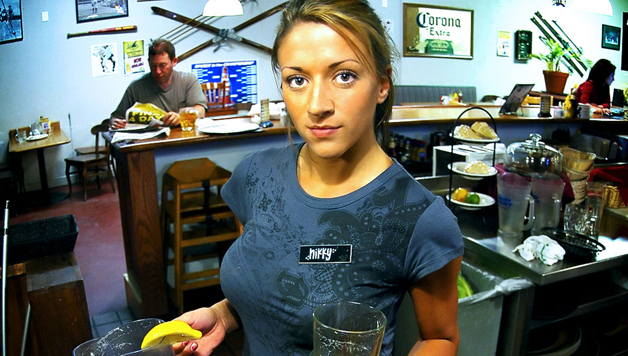 As it turns out, the fight for higher wages has been a women’s rights issue all along. Women are taking leading roles in the minimum wage struggle, putting their bodies on the line, and joining their voices with the multitudes of workers, because a higher wage floor of just a few dollars means 7.4 million families headed by single mothers could be lifted from the most extreme poverty. It means women could afford another year of rent and utilities, another year and a half of groceries, another year and a half of childcare, or another two years and 10 months of student loan payments. It means narrowing the gender wage gap that costs every woman almost half a million dollars by the time she retires (National Women’s Law Center, 4/3/2013).

Fighting for $15/hr is a matter of survival for the women who compose 2/3 of the low-wage workforce. But as the minimum wage debate rages on, tip credits and other exemptions have been propagandized as the necessary compromise between workers and business owners. So women have found that they hold a special interest in defending a $15 minimum wage not just in name, but also in substance.

What would a tip credit mean for working women?

The tip credit allows employers to count tips toward the minimum wage, thereby allowing businesses to pay the federal tipped sub-minimum wage of only $2.13/hr (Department of Labor, 2014). This wage has been frozen since 1991, and has therefore lost 58% of its value as costs of living skyrocketed. We need to call the tip credit for what it really is: a tip penalty for all workers, but especially women and people of color.

Tipped work is one of the lowest-paid occupations, in addition to being one of the fastest-growing. The tip penalty will undermine the potential of a $15 minimum wage to lift out of poverty the tipped restaurant workers that make up almost 50% of sub-minimum wage workers. Women in particular make up 71% of restaurant servers and 66% of all tipped workers who are forced to feed families on these unstable incomes (Restaurant Opportunities Center United, 2012). A tip penalty will further entrench the depressing poverty rate of women working in restaurants, a rate which is already three times higher than men in the same industry.

A tip penalty will intensify the wage theft crisis. In states with tip penalties, the employer is legally required to pay the difference if a worker does not make the minimum wage with their tips. Despite this, 26% of workers still don’t earn the legal minimum because these laws are replete with loopholes, frequently broken, and rarely enforced (Puget Sound Sage, 2014). Women are especially harmed, being 50% more likely to face wage theft than men. And people of color are two to four times more likely to have wages stolen (National Employment Law Project, 2009).

The tip penalty will aggravate the already appalling gender pay gap in the restaurant industry, where a full-time female server can only expect to earn 68% of the wages of her male counterpart. For black women, the figure drops to 60% (National Women’s Law Center, 2011). The reasons for this pay gap are numerous, including discriminatory practices of employers and the de facto gender discrimination embedded in the federal sub-minimum wage. In addition, women are concentrated in the lowest-paid positions (e.g. host, counter attendant, food prep, and server) within the lowest-paying restaurants (e.g. fast food and family style). They tend to work morning/afternoon shifts with fewer opportunities for tips due to shouldering responsibilities for childcare and care for the elderly during the rest of the day. And they face more obstacles in obtaining higher-paying positions in the industry. Women fill only 20% of higher-paying chef and head cook positions (Bureau of Labor Statistics, 2013). Men also dominate positions in fine dining, where tips are substantially higher. Multiple cities and states across the country are moving toward raising the minimum wage because grassroots movements like 15 Now are commanding the political landscape. So far this year, three states and the District of Columbia have proposed legislation or ballot initiatives eliminating tip penalties. Policy makers are confronted with the inarguable numbers: states without tip penalties see 40% lower poverty levels among restaurant servers. They experience greater restaurant sales and employment growth than states with tip penalties. Restaurant employment in Washington State is projected to grow by over 10% in the next decade, compared to 9.1% in states with tip penalties (Puget Sound Sage, 2014). Nonetheless, minimum wage proposals with tip penalties are gaining ground in the debate on the $15 minimum wage in Seattle. Women must reject the regressive precedent a tip penalty will set.

Seattle is the epicenter of the movement for $15/hr, where 15 Now is leading the call for $15/hr without tip penalties. But even the dozens of volunteers flowing through our offices every day will be hard-pressed in the fight against the rumored $30 million war chest big business is prepared to spend to defeat our movement. 15 Now will need the masses of workers by our side, especially working-class women, for whom liberation is inextricably linked to the movement for higher wages.

Women everywhere, let us keep the onward march for $15/hr, and understanding that this is only the beginning of the war for our livelihoods.