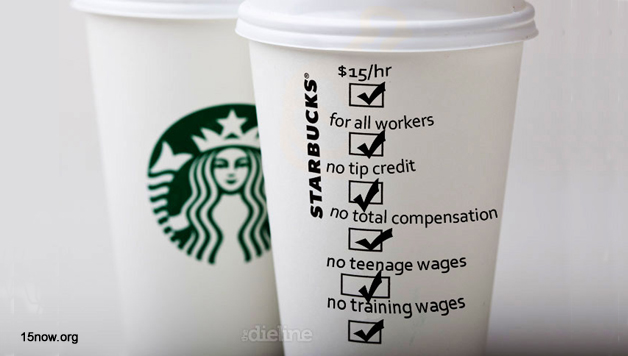 Schultz opposes a real $15/hr minimum wage and wants to undermine it with something called “total compensation”. But we can’t allow Shultz and big business to count everything from your tips to your bus pass against your wages! We say, “No to total compensation and tip credit! A real $15 minimum wage for all workers!”

Join 15 Now for actions outside a Starbucks near you:

Don’t see an action near you? Organize one today! Use this flyer to help you plan an action (click for PDF version):