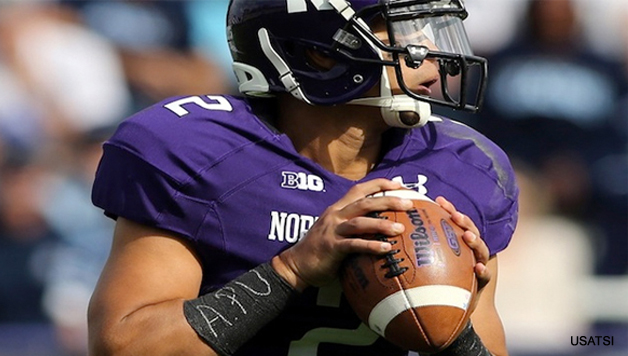 #APU, All Players United, was the hashtag worn on the wristband of Northwestern University’s quarterback Kain Colter during the September 21, 2013 football game against Maine. On that day, it was a silent protest that many football players participated in throughout the country. But now, as of late March, the possibility of athletes uniting has become greater than ever. The Northwestern football players signed a petition with the National Labor Relations Board (NLRB) and, on March 26, the NLRB issued an historic ruling that players are not merely student athletes but actual employees of the universities they play for. Depending on how legal challenges and the players’ union movement develop, this could become the first time in history that a players’ union will be recognized and accepted within the National Collegiate Athletic Association (NCAA).

The main demand that the new organization, College Athletes Players Association (CAPA), is fighting for is a scholarship to cover the full cost of attending college. But they are also pressing for protection against concussions and other medical problems.

Concussions in sports have been a serious problem for many years, especially within the National Football League (NFL). Player injuries have been even more in the spotlight in the last three years, particularly when Junior Seau and David Russell Duerson committed suicide, both by shooting themselves in the heart so that their brains could be studied for damage from the years of playing football.

The issue of concussions attracted a lot of attention in 2010, when the NCAA’s survey of trainers found that almost half of the trainers surveyed said they would return an athlete to a game on the day of suffering a concussion. The NCAA then established a requirement that schools have a concussion plan on file, yet it did nothing to enforce the policy. A few years ago, current and former players filed a lawsuit against the NCAA, which resulted in the revelation of internal emails exposing the NCAA for doing nothing to change the situation. In fact, some of the emails between NCAA staffers mocked the doctors pushing for safer standards.

The NCAA is arguing that the players are not employees but are, instead, simply student athletes who volunteer to play for the schools and, therefore, do not need union representation. It is true that they do volunteer, but it is also true that the NCAA made over $819 million in revenue in 2011. The five power conferences in the NCAA currently generate around $5.15 billion in annual revenue. To give an even larger picture, Johnny Manziel made Texas A&M University $37 million in media exposure on his Heisman run in 2012, but Manziel and his teammates at A&M see none of this money.

There have been other cases where the NCAA has made money on athletes’ images while the athletes receive nothing. In 2009, former UCLA basketball player Ed O’Bannon sued over the use of images of him in DVDs, video games, photographs, apparel, and other materials. The lawsuit challenged the NCAA’s practice of having athletes illegally sign their rights away so that images of them can be used commercially without sharing any of the proceeds with former athletes.

The NCAA has been making visits to colleges all over the country out of fear of the players’ union spreading. One tactic they are using is claiming that the smaller schools will not be able to receive the scholarships they currently receive if a players’ union were to form and grow. The NCAA will use a “divide and rule” strategy, pitting some sports programs against others. For instance, they are likely to spread fear that the Title IX programs may lose funding because, in some schools, the sports that draw in larger revenues subsidize the smaller Title IX programs (like women’s volleyball).

The slogan worn on the armbands of Coulter and others symbolized a powerful weapon against the NCAA: “All Players United!” There is no need to let the NCAA pit different sports programs against one another. There is enough revenue generated by these programs to provide for all athletic programs – both men’s and women’s.

But an even more powerful idea is “All Students United!” There is enough revenue generated by college sports to fund not only sports programs, but all educational programs. The state university football coach is often the highest-paid employee in state governments. Establishing democratic control over the revenue from sports programs would enable us to end tuition hikes, student debt, and budget cuts – and make higher education high quality and free for all!

It is also absurd when the NCAA claims that education is the most important thing for its athletes. The NCAA is not concerned that these athletes actually finish school if they are injured, nor is it actually taking a serious approach to players suffering from concussions.

This is nothing new, of course. The NCAA’s history is full of many situations like this, and it’s why it was created in the first place. Early in the 1900s, football almost became extinct as a sport. In 1905, the main issue was fear of football being eliminated from colleges when 18 college and amateur players died in the sport. President Theodore Roosevelt, who loved the sport personally, held a meeting with 13 football representatives at the White House at which those in attendance agreed on reforms to improve safety. He pushed them to implement rules to protect the players, which was when the forward pass was created. The 13 representatives were the predecessors to the NCAA.

This multimillion-dollar institution is now ignoring the players’ safety for its profit. This is why, 109 years later, a union is so important for these players. But it is also important for all college athletes who need protection, not just football players. There is no reason any college player, regardless of what sport he or she plays, should have to risk life and limb to earn an education.

Undoubtedly, the NCAA will continue to attempt to hide its exploitation of players and to employ routine intimidation tactics to discourage student athletes from organizing a union. Yet the day may have finally arrived when the athletes will band together and mount a decisive challenge to defend themselves.