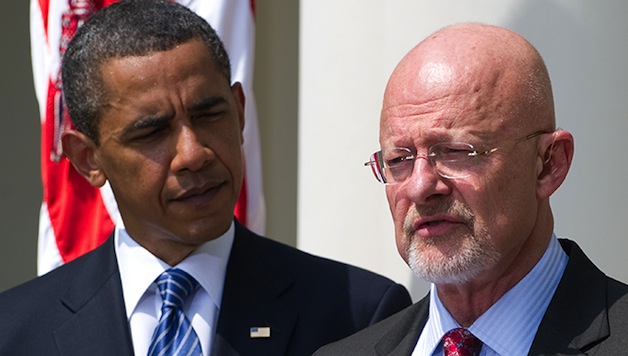 It’s been over half a year since whistleblower Edward Snowden’s revelations about bulk spying by the National Security Agency (NSA) sparked global outrage. Faced with increasing scrutiny over the revelations, President Barack Obama has finally spoken of the need for some reforms. On January 17, he gave a speech devoted to the scandal and promised a series of reforms to the NSA. Since then, the Senate intelligence committee has become the scene of increasingly heated debate, and embattled NSA Director Keith Alexander is soon to be replaced by Vice-Admiral Michael Rogers.

However, anyone who hopes that this marks the beginning of real change by the Obama administration is likely to wind up disappointed. The proposed reforms are largely toothless, and there is no indication that Rogers will be a fundamentally different NSA director than Alexander. Moreover, Obama remained steadfast in his defense of bulk spying and the jailing of whistleblowers. All this indicates that Obama’s measures are little more than an exercise in public relations.

In his speech on January 17, Obama declared, “Today I can announce a series of concrete and substantial reforms that my administration intends to adopt administratively or will seek to codify with Congress.” He did, indeed, propose reforms to the NSA, but none that could be considered “concrete” or “substantial” by any stretch of the imagination.

Obama took pride in the fact that he declassified “over 40 opinions and orders of the Foreign Intelligence Surveillance Court” and called on Congress to establish a panel of advocates in the court. He announced restrictions on the government’s ability to intercept communications of foreign citizens but didn’t say what those restrictions were. Most of the reforms were more concerned with preserving “our alliances, our trade and investment relationships” than with civil liberties.

Once you get beyond the rhetoric, Obama’s message is that the bulk collection of phone data is here to stay. While he put forward the possibility of shifting the storage of the data from the NSA to private and third-party sources, he was adamant that he would not, under any circumstances, abandon the mass spying on civilians. It speaks to the phoniness of Obama’s claims to “concrete and substantial reforms” that he won’t abandon the program that sparked mass outrage in the first place.

The final nail in the coffin of Obama’s claims to transparency is his lack of remorse over the repression of whistleblowers. Under Obama, we have seen the imprisonment and torture of Chelsea Manning (formerly Bradley Manning) for exposing government crimes while Snowden himself was forced to seek asylum to avoid the same fate. One would expect any claim to “concrete and substantial reform” would, at a bare minimum, entail a verbal acknowledgement of their plight. But Obama has remained silent on Manning and used his January 17 speech as an opportunity to denounce Snowden:

Given the fact of an open investigation, I’m not going to dwell on Mr. Snowden’s actions or his motivations. I will say that our nation’s defense depends in part on the fidelity of those entrusted with our nation’s secrets. If any individual who objects to government policy can take it into their own hands to publicly disclose classified information, then we will not be able to keep our people safe, or conduct foreign policy. Moreover, the sensational way in which these disclosures have come out has often shed more heat than light, while revealing methods to our adversaries that could impact our operations in ways that we might not fully understand for years to come. (“Transcript of President Obama’s Jan. 17 speech on NSA reforms”)

Since Obama’s speech, his administration has taken an even harder line against whistleblowing. At the Senate intelligence committee, James Clapper, the director of national intelligence who notoriously lied to Congress about the surveillance program last year, took the opportunity to chastise “Snowden and his accomplices” for the “profound damage that his disclosures have caused and continued to cause,” (“James Clapper calls for Snowden and ‘accomplices’ to return NSA documents,” The Guardian, January 1/29/2014). While Obama has been willing to sacrifice Keith Alexander as a scapegoat, Clapper has remained untouched.

The fallout of the NSA scandal has further revealed the growing anger at Obama and his failure to deliver on his election promises of “hope and change.” During the 2008 election, Obama promised to shut down Guantanamo and spoke of leaving behind the era of George W. Bush, Dick Cheney, and warrantless wiretaps. After the election, he kept Guantanamo and the warrantless wiretaps but brought us into the era of expanded NSA spying, drone warfare, and repression of whistleblowers. The Obama administration is not only less transparent than the Bush administration; it has also persecuted more whistleblowers under the Espionage Act than all previous administrations combined and repeatedly censored information requested under the Freedom of Information Act.

Obama is aware of this anger. With the 2014 elections coming nearer, he is attempting to get ahead in public opinion. His talk of “concrete and substantial reforms,” along with the populist tone of his State of the Union address, represent an attempt to win back the support of frustrated voters. But, like his recent speeches against inequality, Obama offers little beyond empty rhetoric and token gestures.

That, in general, has long been Obama’s primary role in our political system and his premiere, defining value to the permanent power factions that run Washington. He prettifies the ugly; he drapes the banner of change over systematic status quo perpetuation; he makes Americans feel better about policies they find repellent without the need to change any of them in meaningful ways. He’s not an agent of change but the soothing branding packaging for it. (“Obama’s NSA ‘reforms’ are little more than a PR stunt to mollify the public,” The Guardian, 1/17/2014)

In the absence of a left challenge to the Democrats, the danger is posed that the right could fill the vacuum. In the wake of the NSA, Congressman Jim Sensenbrenner (R-WI) led the charge against Obama and has presented himself as a seeming defender of civil liberties. Despite being one of the architects of the Patriot Act during the Bush years, Sensenbrenner has been able to tap into the anger at the Obama administration.

There is a historic opportunity to build a serious left-wing challenge to the Democrats and Republicans. This can only be achieved by building a powerful movement of working people and poor people. The election of Kshama Sawant as an open socialist in Seattle has demonstrated the broad support that exists for a left working-class agenda. Socialist Alternative is calling for labor, social movements, and the left to develop an independent working-class electoral alternative in 2014, as a step toward building a new party of working people. Only democratic socialist policies can provide a real alternative to the sick system of capitalism.