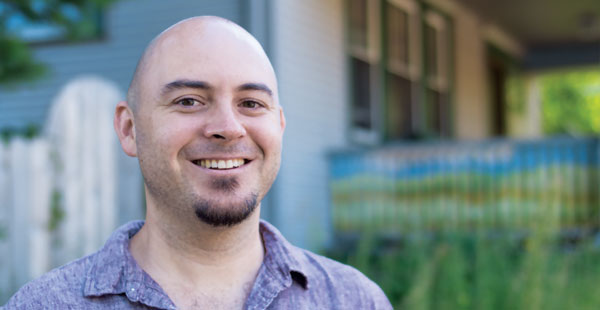 The partial government shutdown that began October 1st is about to enter its second week and shows no sign of coming to an end. 800,000 federal workers have been furloughed and Head Start programs that provide services to poor children are threatened while, incredibly and predictably, members of Congress, most of them millionaires, keep getting paid! As time goes on the effects of the shutdown are widening. One estimate is that a three week shutdown would lead to a 0.9% loss in GDP this year.

This situation shows once again that corporate-controlled politicians aren’t serving our interests. “Politics as usual” will get us more greedy self-serving politicians with “proven track records” of back-room deals that benefit the 1%. We need more candidates that stand up for working people and refuse to accept more than the wage of the average worker they’re elected to represent.

Why is this happening? The immediate cause is that the right wing of the Republican Party, centered around the Tea Party Caucus, has used the issue of financing government operations to try to force a partial or complete defunding of the Affordable Care Act (ACA), otherwise known as “Obamacare”. It is becoming clear that right wing groups, backed by tens of millions from the billionaire Koch brothers, have been conspiring for months with the Tea Party in Congress (which includes 49 Representatives and 5 Senators) to set up this confrontation. This in turn has forced serious tensions inside the Republican Party to the surface.

Obama and other Democrats argue that if a “clean bill” to fund the government’s operations (i.e. not including partial defunding of Obamacare) were brought forward it would pass in the Republican-controlled House with Democratic and some Republican votes. This may be true, but at this point Speaker John Boehner refuses to bring this forward, fearing that if he did so it would probably cost him his job and lead to the Tea Party targeting other Republican seats in the 2014 mid-term elections.

The Other Looming Deadline

The partial shutdown of the government is serious enough. But another, far more serious deadline is looming. If Congress does not raise the government’s debt limit (up until recent years a routine procedure) the US could begin defaulting on its payments to creditors. This would cause massive turmoil in global financial markets and could tip the economy back into recession. Boehner is playing a very dangerous game.

The Tea Party, fronting for the Koch brothers, is trying to portray itself as the defenders of ordinary Americans against the “train wreck” of Obamacare. As socialists we did not support the ACA and continue to point out its profound flaws. As we explained recently (http://socialistalternative.org/news/article10.php?id=2202) one effect of the ACA will be to undermine employer-based healthcare plans generally and the higher quality plans negotiated by unions in particular. We support a single payer healthcare system (which some call “Medicare for all”) rather than a massive expansion of the insurance market. But there is no doubt that for many people without health insurance the ACA has raised their hopes. And the Tea Party, which represents a wing of the elite utterly opposed to any element of the “welfare state”, is hell-bent on crushing these hopes.

The Democrats are now grandstanding as staunch defenders of democratic principle against the right. But the fact is they have made concession after concession to the pressure of the right in recent years. Actually, it is more correct to say that despite disagreements on some issues, they agree with the Republicans on the need to attack the historic gains of working people including the so-called “entitlements” of Social Security and Medicare. The cover for this assault is “deficit reduction”.

Two years ago when faced with a similar crisis Obama made clear that he was prepared for a “grand bargain” with the Republicans: “We keep on talking about this stuff and we have these high-minded pronouncements about how we’ve got to get control of the deficit and how we owe it to our children and our grandchildren. Well, let’s step up. Let’s do it. I’m prepared to do it. I’m prepared to take on significant heat from my party to get something done. And I expect the other side should be willing to do the same thing — if they mean what they say that this is important.”

So while it is clear that Obama and the Democrats will not agree to defund the Affordable Care Act, the current government shutdown and the further threat of the default may well lead to a new round of negotiations on “entitlements”. This would suit Obama and Boehner.

Ordinary people rightly see the shutdown and the threat of a default as just another sign of the dysfunction of the political system. Even from the point of view of the ruling corporate elite the situation is a real problem, but from the point of view of the working class what is exposed is the need for a fundamentally different sort of politics. This is why we are running as the candidates of Socialist Alternative in Minneapolis and Seattle and why we are receiving such an excellent reception.

Imagine a party that represents the interests of working people and takes no money from corporate America. Imagine a party that stands for massive investment in a green jobs program to rebuild the nation’s infrastructure on the basis of renewable energy; for hiring hundreds of thousands more teachers; and for a single payer health system. Imagine a party that stands for a genuinely progressive tax system and a $15 minimum wage. Imagine that this party had 50 members of the House of Representatives and 5 Senators fighting as hard for our interests as the Tea Party fights against them. Now is the time to get involved in making this vision a reality.