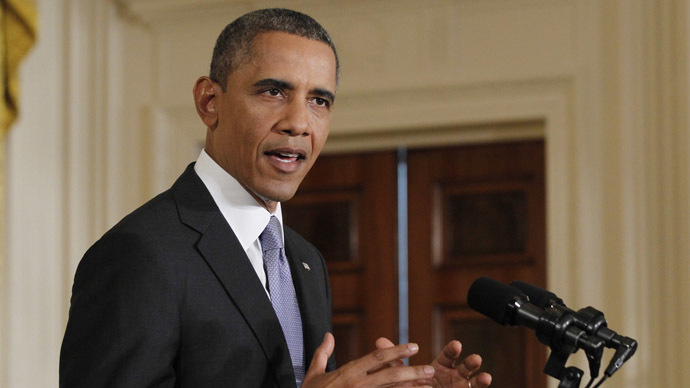 There seems to be hardly a week going by without another crisis or scandal breaking out for the Obama administration. It started after Edward Snowden and Glenn Greenwald detailed the NSA’s unconstitutional spying programs with the revelation that the administration is complicit in what is, in effect, the most extensive surveillance program in history. The crisis became international after Obama cancelled his summit with the Russian President after Putin offered asylum to Snowden. Despite lame efforts to discredit Snowden and do damage control, a majority of 59% of Americans disapprove of the spying.

It should be remembered that President Obama had promised in one of the first memos after his inauguration a new era of “transparency” and “openness in government.” But according to Bloomberg News, the Obama administration is not only less transparent that the Bush administration but also has persecuted more whistleblowers under the Espionage Act than all previous administrations combined and censored more FOIA (freedom of information) than any other year. Hunger strikes continue at Guantanamo, which remains open almost six years after Obama promised to shut it down.

Detroit and the “Recovery”

Exposing the real character of the so-called economic recovery, Detroit, once the fourth-largest U.S. city and the manufacturing powerhouse of the world, declared bankruptcy. Obama stepped in to explain that there would be no “bailout” for Detroit – only harsh measures against working people there. Bailouts, it should be understood, are only for banks and Wall Street firms “too big to fail.”

The statistics about new “jobs” and the state of affairs for working people are exposed as cruel publicity stunts to create the impression of economic improvement. The vast majority of new jobs are part-time and low-paid. Real unemployment is disguised by changing the way of counting the unemployed and excluding the 8.2 million workers who are “involuntary part-time workers.” A year ago, Obama referred to the issue of “good, middle class jobs, so people can have confidence if they work hard, they can get ahead” as the “defining issue of our time.” The real growth area has been in temporary agencies – the very definition of low-paid, insecure work. Over 17 million people, 12% of the U.S. workforce, are now in this category of uncertain contingency work, without benefits, at the mercy of the various contractors.

Among voters, there were some hopes that in his second term Obama would pursue a different agenda. Instead, he is increasingly seen overseeing a system that is mired in a serious political, economic, and social crisis.

This disappointment is reflected in the sharp decline in support for Obama among the three key groups of supporters: young voters, Latinos, and African Americans. This includes many who had high expectations but feel he has not delivered the results he promised in his re-election campaign. According to the Zogby poll, young people are angered by the higher interest rates for college loans and the cost of education, and by the NSA revelations. Among those who voted for Obama, support has declined sharply from 61% to 46%.

Robert Reich, Labor Secretary in the first Clinton administration and an astute observer, recently commented in his blog that “by almost every measure, Americans are angrier today. They’re more contemptuous of almost every major institution – government, business, the media. They are more convinced the nation is on the wrong track.” “Income, wealth and power have become more concentrated at the top than they have been in 90 years” and that can lead to “political divisiveness,” he warned.

This anger and discontent has been fueling the revolts we saw in Wisconsin and the Occupy Wall Street movement in 2011, the historic strike and movement of the teachers in Chicago, the XL pipeline and growing environmental protests, the spreading fast-food workers’ protests across the country and the strike of BART transit workers in California. We’ve also seen the tremendous movement of resistance that has started in North Carolina with the “Moral Mondays,” demonstrations and civil disobedience where over 700 people have been arrested protesting against the “vicious war on the poor” and democratic rights.

These struggles are only the beginning. As reality continues to expose the real character of the Obama administration and the Democrats, there is a historic opportunity for the left to build a serious movement in the streets. The political discontent against both Democrats and Republicans can pave the way for the left and social movements to run candidates across the country, using the campaigns as a platform to spread the movement.

Socialist Alternative argued for “200 Occupy candidates” during the 2012 elections on the basis of a radical program that would challenge the political establishment and the two-party system. Unless the left takes the initiative to challenge Wall Street and the 1% in 2014, there is the danger of another right-wing populist, libertarian, anti-Obama backlash whipping up racism, sexism, and new attacks on immigrants and working people along the lines of what we have seen with the Tea Party.

It is urgent that potential anti-corporate, anti-capitalist, and socialist candidates and campaigns begin to organize for 2014, especially where there is the potential to field credible candidates. The Kshama Sawant and the Ty Moore socialist electoral campaigns (see articles in this newspaper on the Seattle and Minneapolis campaigns) as well as independent campaigns by Howie Hawkins in New York, the Cindy Sheehan campaigns in California, and Dan LaBotz’s campaign in Ohio have shown the real potential that exists out there to popularize socialist ideas and to organize a serious fight-back. The radical step of using eminent domain as a weapon against housing foreclosures by Green Party Mayor Gayle McLaughlin has provoked the fury of Wall Street and much publicity, showing the limited but urgent steps that can be taken to build a movement against foreclosures.

This can start by organizing to bring together all those fighting against Wall Street and the 1%: anti-cuts campaigns, teachers, fast-food and low-paid workers, public sector unionists, socialists, community campaigns, immigrant rights campaigns, campaigns against racism and police violence, the radical environmental movement, as well as radicalized young people who are looking for a vehicle to express their anger against the system.

Socialist Alternative advocates the creation of a new political party, a party based on social movements and the working class, a party that rejects corporate money, opposes all cuts to jobs and services, and campaigns for taxing the rich, a mass jobs program, a $15/hour minimum wage, nationalizing energy and the banking system, ending wars and cutting the Pentagon budget, and for single payer health care.

There is a historic opportunity to build a serious left-wing challenge against the Democrats and Republicans in 2014 which can prepare the way for a mass party of working people and for democratic socialist policies to challenge the sick system of capitalism. We have to prepare now.