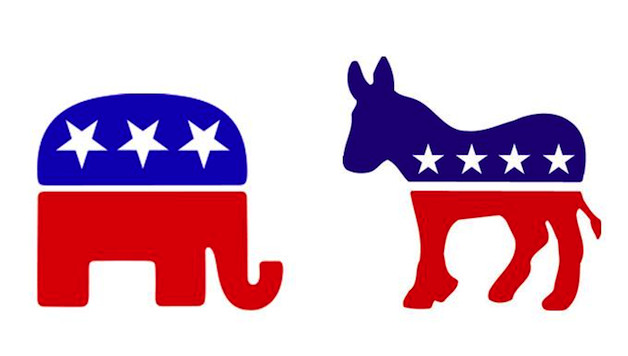 Despite official statistics of nearly three straight years of economic recovery and improving employment figures – make no mistake about it, there is a crisis in the U.S. There is a political crisis, a social crisis, and an environmental crisis. At the root of the political dysfunction is the fact that the economic “recovery” is shallow and fragile while the majority of new jobs offer low wages.

The ruling elites are trying to make working people, the poor, and youth pay for a dire situation created by casino capitalism. At the same time, they try to blame each other for the crisis because neither party can point the finger at where it really belongs – the big corporations that helped make this crisis and that fund both political parties. While the big banks got bailed out with billions of dollars, working people have seen continued mass unemployment and budget cuts.

Political leaders are distrusted, and they can’t seem to get anything done. Presidential appointments to posts, once seen as routine, are now always met with substantial opposition, often from both parties. The immigration debate, tremendously important to the lives of millions, has become a game of maneuvers full of grandstanding in the halls of power. As Congress went to summer recess, the satirical newspaper The Onion published a headline that captured the mood toward politicians: “Congress Fiercely Divided Over Completely Blank Bill that Says and Does Nothing.”

Obama has cited his limited and pro-corporate health care legislation as a great accomplishment, and now there will be a political crisis (again!) over this issue when the policy begins to be implemented. At the end of September, there is another showdown planned over the budget with another possibility of complete government shutdown. This prospect, like the sequester before it, could do damage to the lives of working people, further discredit the politicians, and even significantly weaken the economy.

The seeming non-stop dysfunction reflects real splits in the ruling class but also the shallow nature of the recovery, the relative decline in power of the U.S. empire and the dwindling social support for both parties.

As Republican primary voters, often in gerrymandered districts, become more right-wing, the country as a whole is moving left. This scenario can isolate the GOP, an important political instrument of the U.S. ruling class. Republicans are divided, and political insiders estimate that House Majority leader Eric Cantor has less control over representatives in his own party than anyone in a similar position in the history of U.S. politics.

Meanwhile, the Democrats serve the interests of big business by co-opting social movements and continuing to direct them into “safe” channels that don’t challenge corporations. Increasingly, this will be difficult for them to do as the crisis deepens and their true colors are shown further.

Obama and the Democrats will be further exposed this fall when he pushes for more corporate tax breaks and attacks on popular social programs.

The discrediting of both parties can lead to opportunities to build the left. People support what are in essence socialist positions on increasing the minimum wage, providing quality health care for all, and stopping sexism, homophobia, and government spying. Socialism itself is now viewed more favorably than capitalism among youth and people of color, (Pew Research, December 2011).

Low-wage workers have stood up across the country with bold strike action and audacious demands. This reflects the mood that exists after Occupy. While the Occupy movement itself won’t re-emerge in the same form, its determined spirit and anger at the 1% can be re-ignited in the form of movements to fight against the injustices of capitalist society.

In North Carolina, led by the NAACP, there have been weekly actions including mass civil disobedience resulting in hundreds of arrests against anti-union laws and other right-wing legislation. Women staged a full-scale occupation of the State House in Texas against sexist legislation. Rallies demanding “Justice for Trayvon” reached every corner of the country immediately after the Zimmerman verdict. Environmental campaigns against coal terminals and pipelines are giving birth to new organization in many parts of the country. These movements and protests are currently not generalized or prominent in the way that Occupy was, but they are the initial tremors of a coming social earthquake.

On immigration, the divisions in the Republican Party will be on display for everyone to see. People like Marco Rubio and possibly John McCain will tout their pro-immigrant credentials while Tea Partiers will propose mass deportations of millions. Obama, who has deported more immigrants than any other President in history, is putting forward a “compromise” of further militarization of the border and a guest worker program friendly to corporate profits, sweetened with a flawed legalization process full of hurdles, delays, and arduous requirements.

While Obama’s plan would provide breathing space to some immigrants facing the threat of deportation, we don’t need a more militarized border or a guest worker program that helps drive down wages and living conditions. We need full legalization and citizenship rights for all who want them in order to foster united working-class struggle to improve all our lives. Many Latinos and pro-immigrant activists will be disappointed with how this debate plays out.

At the same time, there will be a further battle over the budget and debt. This will see proposals to cut Medicare, Medicaid and, Social Security: three of the most popular government programs in the country. This will be accompanied by further political posturing from both parties, and Obama is already proposing corporate tax breaks that will anger progressive workers and youth.

The election campaigns of Socialist Alternative in Seattle, Boston, and Minneapolis show that the support for Democrats is shallow when a left-wing working-class option is presented. The pressure from these campaigns has strained many of the ties of local community activists with the Democratic Party machine. The coming months and years will provide massive opportunities for working-class struggle and a political fight against the corporate-dominated two-party system. The actions taken need to start to lay the basis for what is really needed: a working-class party with deep roots among the millions in this country looking for an alternative.