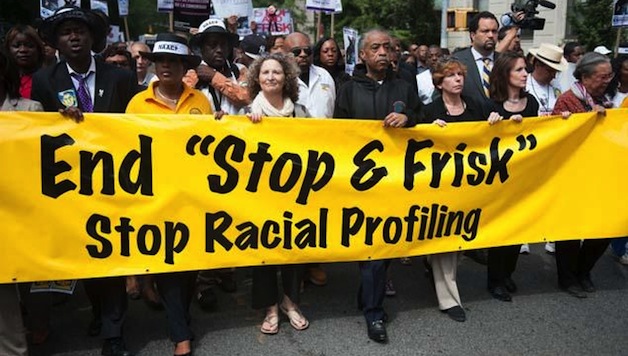 The gut-wrenching statistics on the poverty, foreclosures, incarceration, unemployment, and stunted graduation rates deluging black and brown communities cannot begin to illustrate just how little things have changed under Obama.

But most revealing of the administration’s de-prioritization of racial justice has been its diffident passivity toward reforming the criminal justice system, the most sinister appendage of a new Jim Crow. Black and brown people are disenfranchised, dehumanized, and dumped into overflowing prisons under the pretext of making communities “safer.”

But safer for whom? Evidently not people of color. Recently, for example, a black woman by the name of Marissa Alexander was sentenced to 20 years for firing a warning shot at a wall in fear of her abusive husband, while an overzealous vigilante walked free after murdering Trayvon Martin, an unarmed black teen.

In the age of Obama, we are witnessing the decimation of a generation. Black Americans are incarcerated at rates nearly six times more than whites. Blacks and Latinos, who account for a quarter of the general population, make up 58% of the prison population. Black Americans are only 12% of drug users, yet are 38% of those arrested and 58% of those incarcerated in state prisons for drug offenses. The government spends $70 billion per year on corrections, while schools are collapsing and jobs have disappeared from communities of color (NAACP.org).

War on Drugs or War on Black America?

Racial disparities in the justice system are most overt in drug legislation, such as cocaine sentencing. Poor black Americans tend to buy cheaper crack cocaine, for which possession of trace amounts results in a five- or ten-year mandatory minimum, a sentence 100 times greater than for the powdered cocaine more often used by whites. Under the 100:1 ratio, black Americans served similar prison sentences for non-violent drug crimes as white Americans did for violent crimes (aclu.org). Nearly half the Congressional Black Caucus found it justifiable to support this drug law in 1986, (Black Agenda Report, 8/7/13). Today, 15% of federal inmates are crack cocaine offenders, over 80% of whom are black, (Slate, 7/29/13).

Problems still exist in the flabby solutions forwarded by both political parties. The bipartisan Fair Sentencing Act passed by Congress in 2010 reduced the cocaine sentencing disparity to an 18:1 ratio. But since crack and powder cocaine are the same drug, the only racially unbiased sentencing ratio would be 1:1. Attorney General Eric Holder’s recent ultimatum also grants reprieve from mandatory minimums for low-level drug offenders, as long as they can prove no significant criminal history or association with a gang or cartel. Again, it’s a step forward, but not without inflexible stipulations, nor is it a law that is binding upon subsequent administrations.

Obama hasn’t taken any political risks to advance these attempts at solutions. Every year, he pleads for more funding for federal prisons. He hasn’t even endorsed the End Racial Profiling Act, a no-brainer for our first black president. And he has the audacity to speak about “fatherhood” and “responsibility” in front of black audiences, while enabling the very policies that lock up the fathers of 1 out of every 15 black children and crucify these men with criminal records, ensuring their perpetual unemployment and poverty, (sentencing.typepad.com, 12/1/12).

It took the slaughter of a black teen, the acquittal of his murderer, and protests across dozens of cities before Obama broke his long silence about race with some heart-warming remarks, but still no deed. Cornel West decried, “Five years in office and can’t say a word about a new Jim Crow,” (Democracy Now, 7/22/13).

The Democrats Get Three Strikes

To be clear, Obama is a powerful figurehead for a party that receives 96% of black support, and yet is out of touch with ordinary black people. During the Reagan era, it was the majority Democrats in Congress who really led the War on Drugs to vaingloriously prove to Republicans that they were tough on crime.

And it was Democratic Mayor Michael Bloomberg who oversaw New York City’s heinous “Stop and Frisk” policy. Even after a federal judge ruled the practice racially discriminatory and unlawful, Bloomberg continues to speak in support of Stop and Frisk, appealed the ruling, and accused the judge of not understanding policing (ABC News, 8/12/13). Police Commissioner Ray Kelly, the other man behind stop-and-frisk, has been publically adorned with Obama’s praises and could be appointed Secretary of Homeland Security unless we raise hell on the streets.

A Generation Sheds Its Extra Baggage

Glen Ford of Black Agenda Report explains that the campaign to criminalize and terrorize black and brown people has been so successful “precisely because there is no such [black mass movement] – that the forces of white supremacy have been emboldened by Black passivity,” (Black Agenda Report, 8/7/13). He encourages challenges to specific policies like “Stand Your Ground” and Stop and Frisk as just one fragment of a wholesale confrontation against the entire illegitimate criminal justice system.

The Malcolm X Grassroots Movement urges the black community to proactively defend itself with a civil rights movement reborn: “We must end our reliance on the model of protest mobilizations that occur after the police have executed one of our loved ones. This must cease being our primary means of securing justice,” (mxgm.org, 7/12).

No matter the president’s skin tone, people of color and their allies must shed their loyalty to the Democratic Party and instead place confidence in their own dynamic organization and mobilization within their unions, workplaces, schools, and neighborhoods. We have been unequivocally shown that a party with a black President, a black attorney general, and a Congressional Black Caucus can still preserve policies of black oppression for the benefit of a mainly-white elite. In this criminal injustice system where people of color suffer the fiercest blows, we must end our fearful refusal to censure Obama and the whole establishment for unapologetically failing a whole generation of black and brown people.