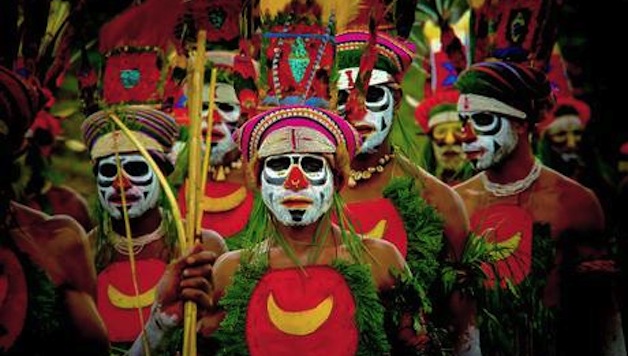 Jared Diamond is a materialist. For him, historical and cultural development is rooted in environment, geography and technology. Technological and environmental transformations give rise to differing social organisation and changing values and culture.

How we live our lives today is not generalised but historically specific. While it would be crazy to think that material conditions can explain everything about a society, and while each society is unique, it is possible to predict general trends, processes and broad features. This is the positive aspect of Diamond’s books.

In his bestseller, Guns, Germs and Steel, published in 1998, he locates the rise of some powers at the expense of others in the agricultural revolution (around 8,000 years ago) and the subsequent technological development of those societies. This theme is also pursued in Collapse, published in 2005, which considers the decline of societies and the degradation of the environment.

Diamond revisits and develops some of those themes in The World Until Yesterday. The book’s subtitle, What Can We Learn from Traditional Societies? makes clear its aim. Through a comparison between traditional societies and our own, Diamond considers whether there are forms of social organisation and values from the past which would be useful for us to adopt today. With the proviso, however, that we should not romanticise early societies, that we cannot just transpose their values and behaviours onto modern societies, and that we need to be selective about which practices we choose to adopt. Killing or leaving unproductive members to die as resource restrained tribes were sometimes forced to do is one behaviour to be shunned while others, he argues, could be beneficial.

Diamond, following the schema of Elman Service (1915-96, an American cultural anthropologist), describes the type of industrial society which we live in today as a ‘state society’. The first state governments emerged around 3,500 years ago in the Fertile Crescent (which stretched from the Nile to the Tigris and Euphrates rivers) and then, independently, in other parts of the world. State societies are marked by large dense populations, intensified food production and surplus, and specialised functions (food producers, manufacturers, traders, governors, etc). They have centralised political decision making and state apparatus (bureaucrats, police, judiciary), hierarchies and social stratification, and political, economic and social inequality.

Marxists would characterise these as class-based societies. The social organisation of state governments differs greatly from that of traditional societies, which for Diamond include band and tribal societies hunting wild animals and gathering wild plant species, and small-scale farmers and herders. While the economic bases of these societies were slightly different, they still maintained many features in common: small-scale population, subsistence economy, few personal possessions and wealth, cooperation and the sharing of resources. There was relative egalitarianism, collective decision making and no formal political leadership. Our information regarding these societies, whose way of life dominated most of human history, is based primarily on eye-witness accounts and archaeological evidence.

Diamond also makes reference to chiefdoms, societies in transition, from which the first state governments emerged. He is at pains to point out, however, that the historical development of societies is not linear. Not all traditional societies became chiefdoms, not all chiefdoms became states, and not all states arose from chiefdoms. They can also be reversed, with groups sometimes having to readopt previous forms of food production and social organisation.

Why did some traditional societies become states and others not? Here, Diamond returns to the theme of environment and food production raised in Guns, Germs and Steel. The key historical development was the transition from hunting and gathering to the growing of crops and raising livestock generating a surplus product and enabling the rise of sedentary, populous and specialised societies. Few wild plants and animal species are suitable for domestication which explains why state societies arose, initially, in a relatively small number of geographical areas. As a result of their more developed technology they were able, eventually, to dominate the globe.

Diamond writes that the subject under consideration could potentially have covered all aspects of human culture of all the peoples around the world for the past 11,000 years. He therefore had to select which aspects to discuss, dividing his book into nine fields and eleven chapters. The resulting choice is completely arbitrary, however, with some chapters clearly reflecting his own personal interests and without any coherent structure or method.

The chapter on religion is one of the better sections. Here Diamond locates the origin of religion in the need for traditional societies to explain events whose causes were not understood (storms, drought, disease, etc). He looks at how the function of religion evolved in socially stratified and state societies, becoming a means of maintaining social order and an acceptance of inequality, suffering and injustice in this life with promises of a better afterlife.

Other sections, such as the one on danger, are very long and rambling, and belabour what seem to be fairly trivial and obvious points. The result is very patchy. Diamond, who is not an anthropologist, lists some of the subjects he has been unable to consider, including cooperative behaviour, gender relations and kinship systems, all of which would have been much more interesting than bilingualism, safety and diet.

On the positive side, Diamond’s style is relaxed, informal and accessible. When he relates his experiences of living with the peoples of New Guinea (mainly pursuing his passion for ornithology) it’s a bit like someone telling stories down the pub. This guarantees a wider audience for the ideas espoused than would have been the case with a more academic book. The conclusions which Diamond draws about what we can learn from traditional societies, however, are extremely tame. This is inevitable since, for all his experience in New Guinea and his understanding of societies organised around an alternative economic model, he cannot really see beyond state society.

In the prologue, his views are made clear. He writes: “All idealistic efforts to minimise inequality within the state – Karl Marx’s formulation of the communist ideal ‘from each according to his abilities to each according to his needs’ – have failed”. Diamond makes the point that it is not easy for individuals to make changes to their lives if the society around us does not change. As a consequence, he can only really suggest grafting minor, individual changes in values and practices from traditional societies onto capitalism – two entirely different economic and social systems. So, it seems, all we can actually learn from traditional societies is that we should get more exercise and eat a healthier diet (on the basis that traditional societies don’t suffer from non-communicable diseases like heart attacks and diabetes). We should also change our child-rearing practices to include more physical contact and breast-feeding on demand, and promote bilingualism!

An alternative conclusion could have gone as follows: what we learn from traditional societies is that the inequality, injustice and exploitation which exist in state societies are not universal and unchangeable. They are products of an economic system based on the private ownership of the means of producing a living and a society divided into classes with conflicting interests.

Transform the economic basis of society into a collective, cooperative one and this will be reflected in values, cultural practices and social organisation. However, because of technological developments, economic production would be on an infinitely higher level, eliminating want and resource competition and the negative outcomes arising from them (neglect of unproductive members, violence and war, etc). A collective, democratic and cooperative organisation of society at all levels would enable the production and distribution of resources without destroying the natural environment.

Admittedly, this is a far more radical conclusion than Jared Diamond’s. Nevertheless, it is one which flows from the information his book provides.

The World Until Yesterday: What can we learn from traditional societies?
By Jared Diamond
Published by Allen Lane, 2012

Book Review: The Return of Nature by John Bellamy Foster

Should Socialists Claim A Christmas Carol as our Own?