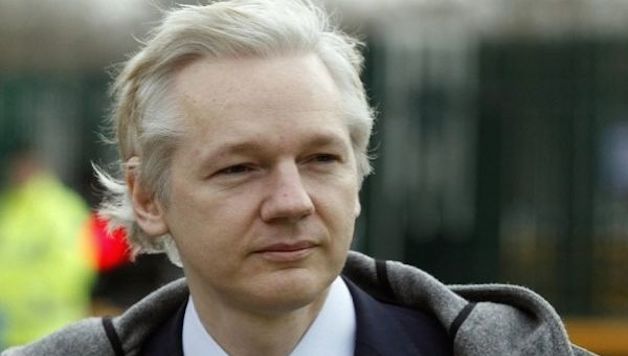 Towards a new turn?

On the world stage, the case of Julian Assange is about U.S. imperialism’s need to punish WikiLeaks. There is no doubt that the Swedish state and the government would be happy to assist the US. However, the case is also about serious allegations of rape, which must be investigated.

Julian Assange was received as a hero when he came to Sweden, invited by the Christian organisation of Social Democrats in August 2010. Four months earlier, WikiLeaks released the video “Collateral Murder”, showing U.S. soldiers in a helicopter killing civilians in Iraq, including children. And in June of the same year came revelations about the U.S. war in Afghanistan, published by WikiLeaks in cooperation with leading newspapers like the New York Times and Le Monde.

When Assange left Sweden on 27 September, however, he was suspected of rape. First, he was arrested in absentia on 20 August. The following day the arrest was lifted. However, on 1 September the investigation resumed. In November, he was arrested in his absence and warrant was sought by Interpol, for one case of rape, two counts of sexual molestation and one case of duress. Just over two weeks later, he reported himself to the police in London.

Then, a more than a year and a half long process of extradition to Sweden began. The Swedish prosecutor, Marianne Ny, has requested his extradition, something Assange fought against, for fear that the next step to be extradited to the US. In June of this year, Assange went into the Ecuadorian Embassy in London and asked for asylum, which he was granted last week.

Julian Assange has every reason to fear US retaliation. Since May 2010, the US has detained Breanna (formerly known as Bradley) Manning, a 24-year-old who worked in the military intelligence in Iraq and was pointed out as one of the main sources of WikiLeaks. Manning risks life imprisonment, accused of “support for terrorists.” Several leading right-wing politicians in the United States have requested that Assange should be treated in the same way.

“In the US, the Justice Department is considering prosecuting the founder of Wikileaks for espionage, and according to the British Independent, there have been unofficial talks between officials from the US and Sweden on the prospects for the extradition of Assange. This story is rejected, however, by Foreign Minister Carl Bildt,” wrote the Swedish newspaper, Svenska Dagbladet, in December 2010.

Criticism of US imperialism is also what unites those who provide support for Assange. Ecaudor’s President, Rafael Correa, has been supported by the governments of Cuba, Venezuela, Bolivia, Nicaragua and Argentina for its decision to grant Assange asylum. All the governments in South America have condemned the possibility that Britain would plan an assault of Ecuador’s embassy.

Assange also turned directly to the United States in his 10-minute speech from the balcony of the Embassy of Ecuador on 19 August. To applause from the audience, he requested that the FBI investigation and the witch hunt against WikiLeaks cease.

But US imperialism’s hunt for Assange does not mean that he is innocent of the accusations by the two women in Sweden. “However, some of the activists associated with Occupy who have turned up outside the embassy have stressed their presence is about showing solidarity with Wikileaks rather than necessarily endorsing Assange.” reported the Guardian on Monday.

That the allegations made against Assange – intercourse with a sleeping woman and deliberately destroying a condom during intercourse – are classed as rape is used in both the international and Swedish debates as an argument that Swedish legislation is “feminist” or exaggerated.

But Sweden does not distinguish itself for its harshness against rapists. This tougher law is a result of women’s struggles, which in turn were supported the labour movement and the rest of society. This means that no means no and forced sex is a crime, which even those who believe that Assange is innocent should realise is progress.

Despite the tougher laws, very few accused men are convicted or even investigated. About 200 men are convicted of rape annually in Sweden compared to over 6,000 filings. Even in cases which are prosecuted, a third are acquitted. In this context, to speak of “state feminism”, as some supporters of Assange does, is absurd.

The Swedish Prosecution acted very clumsily and slowly in 2010. When the investigation was resumed, they had three weeks to interview Assange before he left the country, which they allowed him to do. Since then, prosecutors have refused to interrogate Assange in London, which would be a natural step for those who want to pursue the investigation.

Similarly, the Swedish government refused to promise that Assange would not be extradited to the United States. Such a promise would, according to Kristinn Hrafnsson from WikiLeaks in a comment after Assange’s speech, be “a way to break the current impasse.”

Socialists stand for the allegations of rape being investigated without the threat of deportation to the United States or other repressive measures against WikiLeaks.

WikiLeaks’ revelations about Iraq and Afghanistan have played an important positive role in the struggle against war and imperialism. Not least in Sweden. It confirmed Foreign Minister Carl Bildt’s warmongering role, as well as the government’s pressure on Iraq to stop refugees coming to Sweden. Socialists stand for Bradley Manning’s release and defend the democratic rights of Wikileaks and its sources. A democratic socialist mass movement must stand up for free speech, against violence against women, against war and imperialism.

Behind the Trump Administration’s TikTok Ban