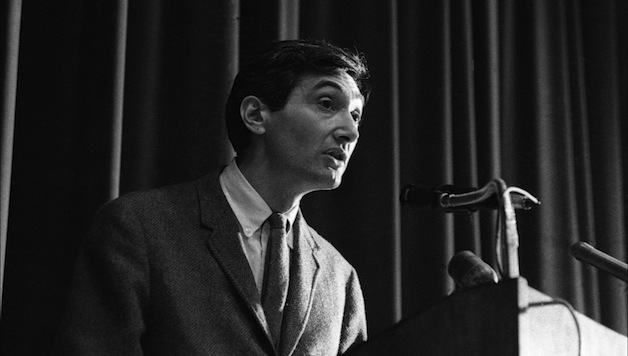 Howard Zinn, historian, professor and left-wing activist, died on January 27th at the age of 87. Best known for his book “A People’s History of the United States”, Zinn and his many other historical and dramatic writings were gaining in popularity at the time of his death. “A Peoples History of the United States” has sold over two million copies. Zinn’s “People’s History” inspired numerous spin-off works including a graphic novel on U.S. militarism and the recent “The People Speak,” a television documentary on the History Channel.

Numerous tributes to Zinn, personal and political, are circulating on alternative media sites, especially in the Boston-area where Zinn lived and was active on the Left. Even some of the corporate media noted his death but not without tossing in a vitriolic attack or two, from the likes of the late liberal “court historian” Arthur Schlesinger or the right-wing, McCarthyite David Horowitz.

Howard Zinn will be remembered long after his commemorations recede and the corporate hacks stop spitting on his grave. He’ll be remembered for “A People’s History” because it’s a book that will continue to shock people with its simple tone and surprising revelations. As long as capitalism and its institutions churn out the propaganda, “A People’s History” will be a wake-up call for those who discover it.

“A People’s History of the United States” was not the first but it’s certainly the most well-known attempt, up to now, to bring forward the voices and actions of ordinary people – Native Americans, African Americans, women, socialists, working people in general – into “official” history. Focusing on the intentionally marginalized, “A People’s History” is an engaging introduction to some truth about American history. It’s a useful tool to begin sifting through the lies dumped on us from kindergarten through high school or college.

But Zinn, apart from his writing alone, will also be long-remembered for the way he merged his writing, teaching and personal participation as a radical advocate for many progressive causes and always with the goal of fundamental economic and political change in the world.

And this article now takes a turn toward personal memories of Zinn to show how he “walked the walk” and to show that rare example of a person who took a stand for his beliefs. I join the ranks of those who want to keep Zinn’s personal example alive. I don’t do so out of hero worship or complete agreement with Zinn’s politics or actions. Nor did I really know Zinn personally although I met and spoke with him numerous times when I was a student at Boston University in the early 80’s while taking a couple of courses he taught there.

As a working class student in a large university that was being turned into a playground for the rich, Zinn’s classes and Zinn himself were both edgy and at the same time, a relief from the norm at Boston University. The subject Zinn taught, Political Science heavily influenced by Marxist and Anarchist thought, was a bit dangerous (at least in the eyes of the university administration) and at the same time a huge boost for me and other Left-wing students.

Campus activism in the early 80’s was focused mostly on solidarity with Left-wing revolutionary movements in Central America, anti-nuclear proliferation issues and solidarity with the labor movement, anti-racist and anti-police brutality struggles.

“A People’s History of the United States” had been published in 1980 and was just getting well-known as I was learning more about and from Zinn. The most impressive thing I learned about Howard Zinn was not his growing fame or that he always made time for his students or that he had a good sense of humor and humility (rare among professors). At school, in his office, Zinn always seemed to have a crowd of students around him, asking him questions, joking around.

Zinn’s classes were large, often hundreds of students in one class. His classes were popular for his teaching style and growing reputation but also, I learned, for the fact that he also had a reputation as an easy grader. In one of his classes, when we had broken into smaller discussion groups and I found out many in my group were just there for an easy grade, not for the ideas being expressed, I couldn’t believe it at the time. I felt like weeping at that kind of ignorance. But that ended up being a useful lesson in itself, as myself and others would battle it out with the conservatives and liberals in Zinn’s class and Zinn gave plenty of class time for such exchanges.

What impressed me most about Zinn was not his teaching style or his dismissal of the grading system or even his defiance of University authorities. What impressed me most was that one moment Zinn would be revealing radical and revolutionary history, interspersed with his own experiences, and the next moment he would be walking a picket line with our small minority of Left wing students or speaking at (usually) small demonstrations some of us would doggedly organize time after time.

Zinn’s example of tough, I’m-in-it-for-the-long-haul activism along with a sense of humor, served as a bit of a model for left wing students like myself. We used elements of what he taught and showed by his advocacy to help us better organize and also to help handle the police surveillance and harassment and the official ridicule from the Boston University Administration which we few radicals endured as we organized on and off campus.

Zinn had tons of energy, through slow times and more eventful times, as he put into practice what he preached in class. He earned the well-deserved nickname we gave him of “Wowee-Zowee-Howie.” That nickname wasn’t only about admiration and an attempt at humor but for us it also meant he was someone we could count on at a moment’s notice to sign a petition, speak at a rally, critique an article, walk a picket line, or to help us publicize our events.

During and after my time in college, it was not unusual for me to see Howard Zinn at many progressive events around Boston, year after year, participating, speaking, marching in anti-war, union and countless other rallies and demonstrations.

I and many others will miss his presence and contributions even if we had some political differences. With as much energy as Zinn had, and even with all he accomplished, it still seems like he left behind some un-completed projects I heard him speak of doing, including a play about the Ludlow massacre of 1914. We’ll also miss what he didn’t have time to accomplish, including the goal he worked for and hoped to see: a world beyond capitalism – a world of equality where we all could lead truly full and peaceful lives.