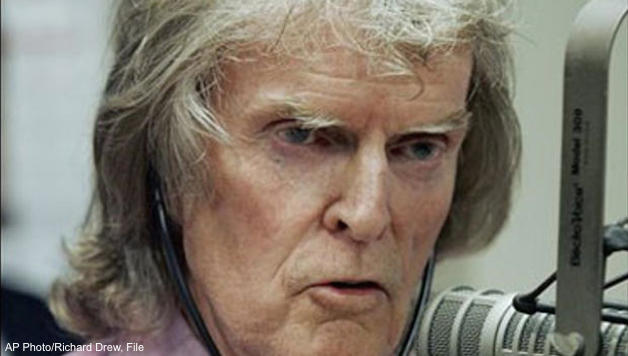 Media personality Don Imus, Hip-Hop artist 50 cent, comic/actor Michael Richards of Seinfeld fame and the resurgence of the gore and snuff films like the Quentin Tarantino presented Hostel I and II are at the center of an important debate about racism, sexism, violence and the use of language within U.S. society. To discuss these individuals or events in isolation is to underestimate the impact of capitalism on cultural products. This is a system based on profit, divide and rule and unbridled exploitation of the working class and poor. The current discussion reflects the crisis facing the working class and youth and exposes the true nature of American “democracy”.

The birth of the nation was rooted in the genocidal extermination of the indigenous population and the enslavement of Africans brought to the shores of the founding colonies as property. This was reflected in an ideology which justified white supremacy using religious and pseudo-scientific rationales.

Throughout slavery, Jim Crow and up to today those in power have sought to keep the masses of the working class and poor in their place so their power and influence are not threatened. Today, millions of Iraqi workers and youth languish under the U.S. occupation while at home thirty years of regressive policies have sought to take back all the gains of the working class made through social struggle. We see massive gentrification, police state like tactics used against voices of dissent, police violence in communities of color and attacks on the immigrant population like the recent wave of ICE raids. Big business and the two political parties beholden to them are making it quite clear that any organized struggle for justice will be stomped on with law and order policies and a culture of degradation.

The N word and Hip-Hop

“I think the reason why [the n-word] is being used so frequently is that our generation doesn’t really have an appreciation of the history of the word….. The word is currently being defined as a term of endearment. When people use the word “nigger” it’s like “my brother” or “you my homie.” The real definition of the word doesn’t coincide with what we gave it now. When people use it, they don’t understand they’re only degrading themselves”…. (Kuamel Stuart, 17 year old student at Martin Luther King High School in New York City).

Is the racism and sexism of Don Imus towards the Rutgers women’s basketball team the direct result of Hip-Hop culture? The I- man and many of his listeners attempted to justify his comments by referring of the denigrating character of Hip-Hop culture today and its use of misogynistic and homophobic language. Some try to “re-conceptualize” the use of the N word saying the black community can use it, why not me? Let’s be clear the violence, homophobia, sexism, racism and gross materialism in Hip-Hop can’t be excused. However, it also can’t be used to justify the unspeakable actions of someone like Don Imus that continue the historical legacy of racism and disrespect. To place Hip-Hop as the main culprit in this debate is to place blame on the effect and not the cause.

Hip-Hop is a multi-billion dollar industry, an urban themed multi-media empire. As Kelly L. Carter states in “Who Gets Paid” (Ebony Magazine, July 2007): “The ‘Big Four’ Four major music labels-Universal music Group, Sony BMG Music Entertainment, EMI Group and Warner Music Group and their sub-labels or ‘imprints’ account for more than four out every five songs sold in the US, and 70% of music sold worldwide”. It is the Big Four that set the message, sound, image of the culture dictating what is cool and hip all the while profiting hand over fist.

The foundation of the art form is rooted in the post civil rights/black power movement, the end of the post World War II economic upswing and the years of right-wing backlash starting with the Carter administration following through to the Bush II presidency.

Rap/Hip-Hop as a sub-culture allowed the youth of all ethnic backgrounds to express themselves politically, socially, culturally exposing the state of affairs in the communities of color like police brutality, poor housing, de-industrialization of major cities and the lost of manufacturing and textile jobs.

That popularity led to a marketing plan to promote the “street”. Big business sought to profit by dictating what is hip and cool in communities of color. The music industry promoted a multitude of male and female artists with different gimmicks and musical innovation including both positive and negative features. Acts like Salt-Pepper, Queen Latifah, Public Enemy, N.W.A (N***** With Attitude) and Ice T dominated the golden age of Hip-Hop which had diversity and imagination.

The question of language and usage of epithets is not new in communities of color or among oppressed minorities. The use of the N word within the African-American community has been an on ongoing debate. But the use of the N word within Hip-Hop culture or by the wider society is part of a socialization of the word into the psyche and political reality of America. Those in control of the resources control the ideas, language and political discourse. Today’s “re- conceptualized” meaning and spelling of the word by the Hip-Hop generation is meant to de-fang the word of its sting and capture ownership within a racist neo-liberal globalized world. But the decades of oppression and death attributed to the word and the system and culture it maintains can’t be erased.

Today the art form is broadcast into every workplace, school and community. Thirteen year old boys and girls wear the t-shirts with the image or monikers of 50 Cent, Tupac Shakur and Biggie Smalls (Christopher Wallace). Their influence rivals any present day politician or slain leader like Malcolm X or Dr. King. The music industry and big business carefully chooses the next American Idol, creating the storyline that will connect with the public like the story of 50 cent, shot nine times and lived to tell the tale.

50 Cent showcases big business’s desire to sell “gangsta” realism or the nostalgia of 80’s black/black violence that dominated the media outlets 20 years ago. These images, voices and words are sent out to middle America, as the authentic “hood”. With that fantasy everything else follows: the use of language with out a historical understanding of the epithets or the real conditions that exists the inner cities.

Hip-Hop today is increasingly a corporate entity in production, message and imagination. There’s a layer of the black and white entrepreneurs, including some women, who are in the forefront of promoting the raunchy and self-hate genre within Hip-Hop and popular culture, with the explosion of soft and hard-core porn magazines and DVD’s that cater to people of color to rival the traditional sex industry. Comic/actor Damon Wayans took it a step further; Wayans lost a 14 month battle last year over trademark rights for placing the N word epithet on general merchandise. The decline of a mass movement that demanded respect and justice has given way to the market forces in order to achieve the American dream.

The answer of some politicians, black leaders and organizations to the N word and the culture of Hip-Hop is to try to ban it. On March 1, the New York City Council symbolically banned the N word. Can a word with so much history be legislated out of the American reality? Those that advocate those symbolic actions are quite hypocritical because they hold city, state or national offices representing both parties of big business (Democratic and Republican) and are busy carrying out the policies of social and public austerity, funding for mass prison construction and decreasing the number of youth summer programs in the inner cities. The truth is that racial subjugation remains part of the bedrock of American society has it has, in one form or another, for 400 years.

How do we fight back?

At the height of the collective revolutionary struggles of the past, there was self-awareness, a consciousness of social and political uplift. The words of hate were still used within the community and general society, but those sectors engaged in struggle influenced the wider society. The call for justice, dignity and freedom, terms of endearment like sister, brother or comrade replaced the terms of our mental and physical oppression during and after slavery. The greatest expression of this was the “I AM A MAN” slogan of the 1968 Black sanitation workers strike in Memphis, Tennessee.

The time has come to end the dictatorship of big business which creates and recreates the conditions for the culture of disrespect and inferiority to flourish. Only under democratic socialism will we be able to permanently uproot the seeds of hate and ignorance.