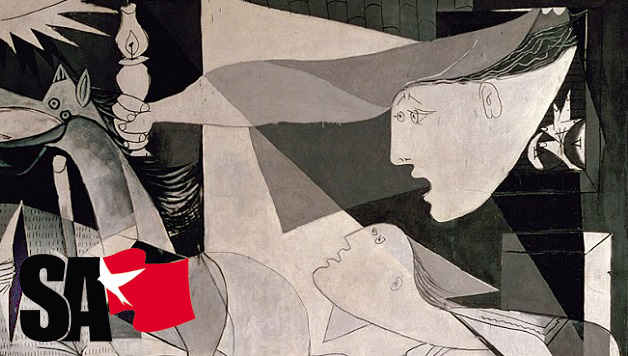 With the Democratic primary elections approaching and Bush attempting to undermine women’s rights, many argue that women would be much better off if voters replaced Bush with a Democrat in 2004. However, it is worth remembering that the last Democratic president signed welfare “reform” into law in 1996, arguably Clinton’s most far-reaching policy change, which has been a nightmare for many women.

In 1992, Clinton vowed to “end welfare as we know it.” In 1996, he fell into line with the Congressional Republicans’ “Contract with America” and signed the deceptively named Personal Responsibility and Work Opportunity Reconciliation Act. This act severely limited the only social service that guaranteed a monthly income to poor families and many single mothers. Now this law’s 5-year benefit limits are kicking in at the same time the economy is stagnating, hitting many poor women hard.

The bill replaced Aid to Families with Dependent Children (AFDC) with block grants to the states, or Temporary Aid to Needy Families (TANF). People were required to find employment as quickly as possible or be placed in unpaid jobs for 20 hours per week in order to receive assistance (Dollars and Sense, 1/99). If families did not comply with the welfare rules, they would lose all or part of their assistance.

The findings of one 1993 study of employment trends in Harlem, New York showed the numerous obstacles workers, particularly welfare recipients, face in the job market. People who got jobs “were better educated and had better job contacts than the unsuccessful applicants. But [even] the unsuccessful applicants were on average better educated and had more job experience than the typical welfare mother who would face term limits.” The study also showed that of “applicants who were U.S.-born African Americans, only 14% were hired.” (Urban Institute, 5/1/95)

Most jobs found by workfare recipients are low-paid service jobs, with many in food preparation, temporary work, or hotels and motels (www.dollarsandsense.org). Low-paid, part-time workers are not eligible for unemployment insurance. In fact, unemployment insurance is reaching, at most, only 40% of unemployed workers. This means that TANF, with its difficult requirements, is often the only government assistance low-paid workers can receive.

Since welfare was restructured, fewer families are receiving government aid, despite an increase in the number of unemployed workers. This places more pressure on private and religious charities to provide for the increasing needs of the unemployed. Service providers are seeing overwhelming increases in requests for emergency food assistance and shelter due to the effects of welfare “reform” (makeTANFwork.org).

If the economy went sour, these fiscal pressures on state governments would be exacerbated. For example, over the five years ending in 1993, the AFDC caseload increased by 33%, which was largely attributed to the 1990-91 recession.

Women and children have been hit hardest by Clinton’s welfare “reform.” A 1999 study showed that welfare reform increased “the ranks of the working poor…mostly single mothers…also raising young children.” (Dollars & Sense, 1/99) Not enough monetary support was approved for childcare. Employed welfare recipients’ access to employer-provided health insurance dropped from 21% to 14%, according to the Institute for Women’s Policy Research (IWPR). Many women are forced to choose between staying at home to take care of their children, their parents, or disabled family members, and going out to work as the system demands to keep their insubstantial income. Other IWPR studies show that the poorest and youngest children have the greatest risk of losing benefits, including cash assistance, health insurance coverage, and food stamps.

Poor families with single parents (usually mothers) who are not receiving TANF are more likely to live in dire poverty. This group moved deeper into poverty, making it harder for them to move up to the “official poverty threshold.” (IWPR) To add insult to injury, workfare workers are not considered “real workers” and therefore are not protected by federal sexual harassment laws, according to a federal court ruling (Dollars & Sense, 9/02).

Clinton and the media perpetuated the myths that “welfare women are lazy, continue to have children in order to receive additional benefits, and the women themselves are the primary causes of poverty” (National NOW Times, 8/95). However, “there is little evidence that cash assistance encourages out-of-wedlock childbearing,” (Urban Institute, 5/1/95) and no studies were ever conducted to see what effect eliminating benefits for unwed teenage mothers would have on the welfare system. Recent studies show that the number of poor people living in two-parent families is actually increasing, proving that marriage is not a solution to poverty.

As socialists, we condemn Clinton’s appalling legislation that scapegoated the poorest of the poor, working mothers, and African Americans. We believe that there is plenty of money for everyone to be provided a minimum income of $500 per week or a job at a decent minimum wage ($12.50 per hour), free childcare, and quality public housing. Every year, handouts to giant corporations are estimated to range anywhere from $100-450 billion. These could be used to foot the bill. Bush’s $674 billion tax cut for the wealthy and the $87 billion approved for warmongering would also go a long way to help.

This election year, we should learn from the 1996 Clinton reelection campaign. No workers, women’s, or civil rights organizations put up an effective fight to stop Clinton’s welfare “reform” because their main agenda was to reelect Clinton at all costs. To avoid embarrassing him, some even argued that Clinton needed to be reelected so that amendments would be made to his own bill! Only a Democratic president could have signed this bill, because, if a Republican had been in the White House at the time, massive protests would have prevented its signing.

So it is not always true that the Democrats are the “lesser evil.” Sometimes they can get away with things that Republicans couldn’t have.