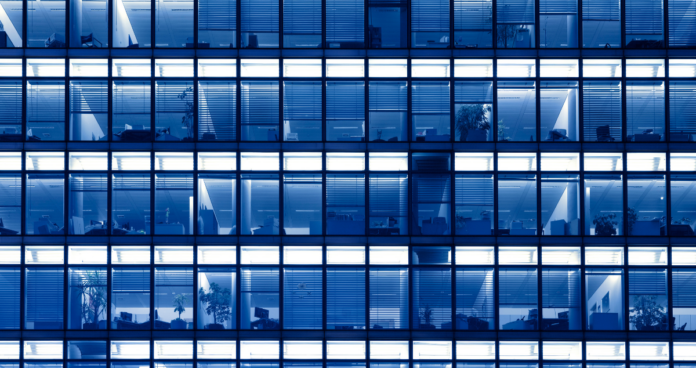 After years of skyrocketing valuations, tech giants are crashing. Apple started the year with a market capitalization of $3 trillion, larger than the UK’s annual GDP. Today, the company is worth 20% less. Amazon saw its stock drop 50%, and became the first ever company to lose a trillion dollars in value. Facebook stock is down 65% year-to-date, and axed 11,000 jobs. Microsoft, Netflix, Google have all lost significant stock value this year and have cut staff or frozen hiring.

Why Is Tech Falling So Hard And Fast?

For years, many tech companies hid weak profits and lack of innovation behind a veil of hype and market speculation. What was sold as “tech” was actually a digital facade over human labor, and what was exploited wasn’t groundbreaking technology but workers who had no other options. For example, Uber makes its money by underpaying drivers, busting unions, and violating taxi regulations. Uber’s “innovative” app simply calls a human to drive a car around – the same thing taxi companies had done for decades. Uber’s real advantage lies in its powerful investors, who pay for Uber to subsidize every ride to undercut traditional taxis. That’s why despite heavily exploiting workers, Uber has never made a profit, losing an astounding $32 billion so far.

Uber’s story is typical of the post-2008 tech boom. After the Great Recession killed profitable avenues for real investment, the Federal Reserve launched “easy money” policies to restart investing. Flush with cash but desperate for returns, rich investors started speculating on tech. Their strategy was to either “flip” tech companies through hype-fueled acquisitions or monopolize existing markets by introducing tech products and then massively subsidizing it. This frenzy poured $330 billion into U.S. startups in just 2021, and a cumulative $3.85 trillion into “unicorns” (startups worth over $1 billion) globally. The technology developed this way was not economically useful: U.S. labor productivity only grew 0.8% per year from 2010-2018. Marxists know that labor time determines the market value of goods and services, so without improving productivity, these tech companies could not justify their valuation even on a capitalist basis. Now that the Fed is raising interest rates  and ending quantitative easing, the era of “easy money” is over and investors are demanding real profit growth. Unable to deliver, tech has been crashing hard. Total U.S. venture capital funding fell 55% from the previous year and tech companies laid off over 140,000 tech workers this year alone.

Tech has become a major flashpoint in the new cold war between the U.S. and China. As the two economies decouple, many goods are getting more expensive. Amazon saw the cost of its goods, mostly imports, inflate by 12%. This year it cut 10,000 tech workers and shuttered 10% of its warehouse space, and is looking to end bad gambles like Alexa, Jeff Bezos’s pet project, which is on track to lose $10 billion this year. Apple iPhones undersold, especially in Europe and China, because ordinary people battered by inflation can’t afford $800 phones. Apple cut production by six million phones, sending shockwaves down the supply chain in China. Adding to Apple’s woes, it faces a shortfall of 15-20 million devices because Chinese workers at Foxconn, an Apple subcontractor, went on a heroic strike over unpaid bonuses. High inflation has also impacted Facebook and Google, as advertisers withdraw spending in the face of declining demand.

This crisis is not limited to tech. The collapsing speculation at the root of the tech meltdown is likely to contaminate other parts of the economy. The world economy is already in a downturn. Workers did not cause this crisis. At root it reflects the inability of an increasingly parasitic capitalist class to really develop the economy in a balanced way. The solutions to previous crises in 2008-9 and 2020 have only created new problems exacerbated by bad gambles and speculation by capitalists. Tech workers need a union to defend good jobs and ensure just working conditions. This is not a pipe dream: workers in traditionally “unorganizable” industries, like Amazon warehouse workers or Starbucks workers, are organizing. To ultimately end the madness of speculation and waste that triggered the tech crisis, we need a socialist transformation of society that rationally plans investment and production, and places them in the hands of workers.