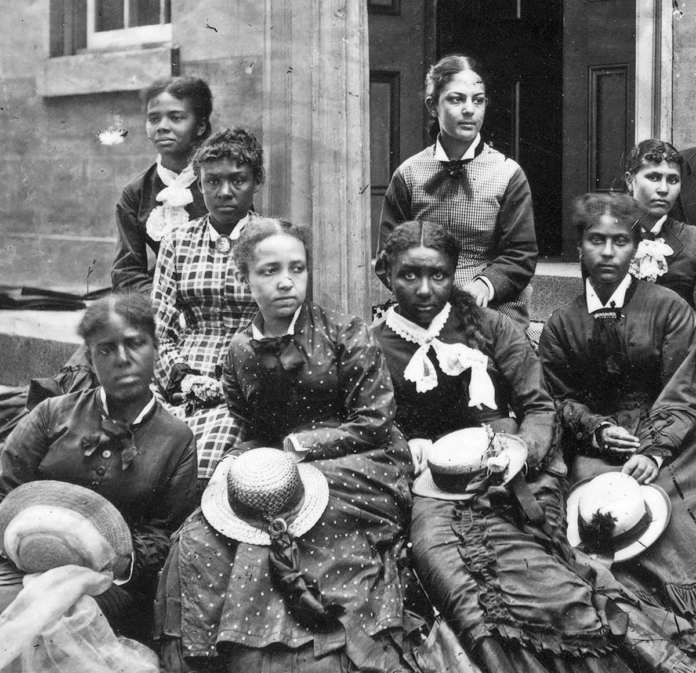 The era of Black Reconstruction tells the story of perhaps the most transformative event in U.S. history. During this unprecedentedly progressive period, four million Black workers played a decisive role in ending slavery and completing the bourgeois revolution that the Declaration of Independence set in motion 89 years prior.

In this period of revolution and counter-revolution, though, it was counter-revolution that got the last word in. The gains made during Reconstruction in the span of just a decade would be wiped out in a few short years, and wouldn’t be won again until the Civil Rights Movement of nearly 100 years later.

Even after the Emancipation Proclamation, the presidential executive order ending slavery, many plantation owners did not inform workers of their freedom, and blamed them for the Confederacy’s loss. Newly-refounded states immediately passed “Black codes” to control the labor force. The state militias and newly-formed KKK committed terroristic acts of rape, murder, torture, and lynchings to punish Black people for their freedom, causing a national uproar and widespread condemnation. This brutality propelled the anti-slavery Republicans to a crushing victory in the Congressional the elections of 1866.

Under the leadership of the “Radical Republicans,” reconstruction began. After the elections of 1866, Republicans passed the Reconstruction Act, dividing the South up into five military districts and outlining how universal male suffrage was to be implemented.

The army was stationed in the South to ensure that Black people could exercise their right to vote and participate in civic life. The military registered formerly enslaved Black men to vote. By the end of the 1870s, scores of Black men had been elected to public positions, including several in Congress. This marked the start of a social revolution that was the most far-reaching in the history of the Union.

But the conflict between the needs of the new Black workers and the bases of both major parties left economic demands of Black workers by the wayside.

During Reconstruction, the stationing of federal troops did ensure massive change in the southern states, which also resulted in the first publicly funded schools, more equitable taxation, laws barring racial discrimination in transportation and accommodation, and public funding for railroads and other enterprises.

But it did not go far enough to crush the resistance of the planters, expropriate their wealth and power, and lay the basis for a society based on genuine racial equality. All these gains would be wiped away.

While racial violence had been endemic to the South before the war, during radical reconstruction it proliferated. By 1870 the KKK and other organizations like the Knights of the White Camelia were deeply entrenched in every southern state.

The KKK wanted to bring back the white supremacy of the pre-war South, punish and prevent Black people from exercising any of their rights as citizens by violence, gain control of the Black labor force, destroy Republican party infrastructure, and undermine the efforts of the Reconstruction state using lynching, murder, rape, burning houses, churches, and property of Black people and their allies.

This level of violence was also necessary, from their standpoint, to prevent any steps in the direction of united struggle by freed Blacks and poor whites. In pockets of the South and throughout Appalachia, there were instances of cross-racial class solidarity, but what it lacked was a conscious leadership, program, and party to unite and consolidate these disparate struggles.

In Piedmont, North Carolina, in October 1870, the Republicans gained a slight majority in the county. In response, nearly the entire white male population joined the Klan, and by February of 1871 thousands of Black people were fleeing to the woods each night to escape from nightly raids.

Throughout their reign of violence, the KKK did meet organized resistance from ordinary people and the federal government. Former Union soldiers in Blount County, Alabama threatened the Klan with reprisals if they did not stop burning Black schools and churches, which curbed the violence in the area.

The federal government did pass the KKK Act of 1871, which for the first time put certain crimes under the jurisdiction of the federal government. Hundreds of arrests were made throughout the South and some Klan leaders saw imprisonment. But again they ran into the same problems of public support. The armed resistance dwarfed the scale of violence carried out by the Klan – Black workers were afraid of carrying out large scale armed resistance.

A key weakness of the “radical Republicans” was their ardent belief in the letter of the law. The Democrats were willing to use any means necessary to fight for the previous order, but the Republicans believed the Constitution, despite everything, would save them. They believed if they used violence to defend the constitutional rights of Black people, they would be no different than the Klan.

How Did Reconstruction End?

In 1874, an economic recession dropped the South into poverty, and the support for Reconstruction waned. For the first time since the Civil War, through widespread terror and intimidation, Democrats won back a majority in Congress.

The Klan and the Democrats launched a campaign of violence to take control of Mississippi, and Republican President Ulysses S. Grant refused to use federal troops to curb the violence. The Vicksburg massacre, led by the White League Societies, saw estimates of between 75 and 300 Black people killed in cold blood.

The disputed presidential elections of 1876 saw a compromise between different parts of the ruling class that ceded control of the South back to the Democrats, with the “promise” that they would respect the civil rights of Black people and the Republicans would end federal intervention in the region. The North was also preoccupied by labor unrest, with the railroad strikes threatening the interests of the capitalists. The recession had spurred workers to take strike and workplace action. From the point of view of the capitalist class, Reconstruction had served its purpose and was no longer necessary. They left Black people to their fate without a second thought.

The South, in the control of Democrats, quickly got to work undoing all the gains made during Reconstruction. Constitutions were reverted back, Jim Crow was introduced, and the system of segregation was put in place that would take another mass upheaval nearly 100 years later to overturn.

The greatest tragedy of the Civil War and the Reconstruction era was the white and Black working classes not uniting in their shared interests to end the domination of the planter and industrial ruling class. A key factor was the deeply ingrained racism of American society. In the South particularly, many poor whites bought into the alleged benefits of white supremacy. In the North, white workers were fighting the same capitalist class that was temporarily enforcing Reconstruction in the South. Here too racism was deployed over time to try to convince workers that they could advance materially without class organization.

It would take further bitter experience to demonstrate that advancement for the working class required united struggle by Black and white workers. This culminated with the building of the mass industrial unions in the 1930s and 40s, but tragically this struggle was cut across by misleaders before it could decisively challenge the rule of capital.

The capitalist class which sold out Reconstruction still rules, its power still rests on structural racism and will not hesitate to foment overt racism to maintain that power. The task of overthrowing it remains.