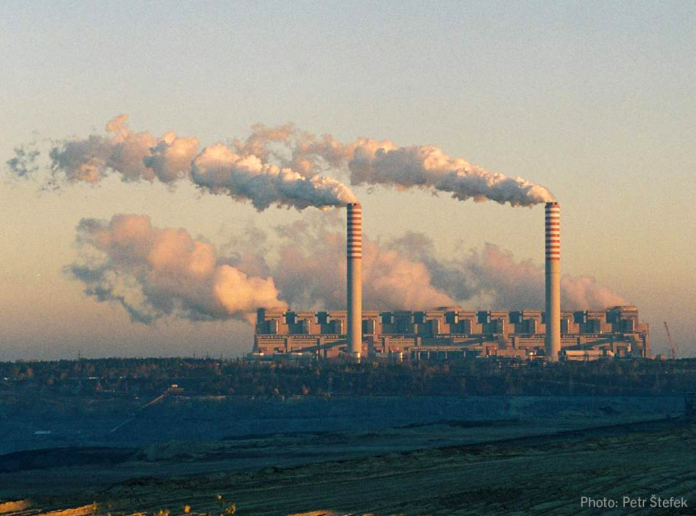 “Unprecedented.” “New normal.” “Trying times.” The ruling class hoped that COVID was a blip on the radar – an extreme event no one could have predicted, prevented, or prepared for. They hoped that after it was resolved, the system would course-correct and their well-oiled profit machine would start grinding again.

As the energy crisis hangs suspended over the world like a thundercloud, it is clear that the chaos of this era in world history is only just beginning. From the standpoint of the ruling class, the biggest danger now is that the energy crisis triggers, as the Prime Minister of Belgium said, “fundamental social unrest.”

Energy markets were tight even before Russia invaded Ukraine. This was due to a combination of factors including the drop in energy demand during the pandemic, the supply chain chaos which stressed the delivery of petroleum, and climate shocks.

In 2021, Russia supplied the European Union with 40% of its natural gas. While stopping short of a total ban on Russian gas, since the outbreak of the war the EU has already decreased imports by nearly half with plans to reduce them even further.

In modern industrialized society, energy is like air. It is a fundamental ingredient in our survival, and in this analogy, the current energy crisis feels quite a lot like suffocation. Without stable energy sources, it’s not just our ability to fill up our cars that’s threatened. We use energy to grow food, to generate power, to stay warm, to transport ourselves, and to turn just about any raw material into a usable good.

With the sputtering of the global energy market, the entire world food supply is thrown into crisis, whole industries are forced to scale back their operations leading to widespread layoffs, and rolling blackouts in the dead of winter can be life-threatening.

The Ruling Elite Scramble for Solutions

The energy crisis poses a very serious problem for the capitalist elite in many parts of the world. From their standpoint there are two main dangers: one, profits will be dramatically slowed down by energy shortages, and two, skyrocketing prices will trigger massive social unrest.

To prevent more generalized mass movements, governments all over the world will intervene directly to get prices under control. This intervention is not motivated by principles, so we’ll see money going both to struggling consumers and to the very corporations swindling them.

Already E.U. governments have blocked off over $350 billion in subsidies for consumers, energy corporations, and utilities companies. The German government just announced a $65 billion aid package that includes direct cash payments to consumers alongside sweeping tax breaks for energy-intensive businesses. The Greek government has committed to spend 4% of its annual economic output on subsidizing energy bills for consumers, paid for by taxing the profits of energy companies. We may even see some capitalist governments looking toward nationalizing parts of the energy sector as Germany has already done in order to stave off total disaster.

On top of the mad dash to deal with the cost of widely-used energy sources, European governments are now looking to “diversify” their energy portfolio. Many Western countries are even looking at bringing coal plants back online to get through the winter. Buyers in Europe are paying top dollar for coal from remote mines across Africa, particularly Tanzania, Botswana, and Madagascar. In July, global seaborne coal imports hit a record high.

This energy scramble exposes just how anarchic capitalist society is. Rather than ushering in a rapid, global transition to renewable (and reliable) energy which is clearly what’s needed, we are seeing dirty energy supplies being divided between the two blocs of the new cold war centered on the U.S. and China.

Where the past four decades saw the world’s energy supply go truly global, the current crisis is proof that the era of neoliberal deglobalization has reached its limit. We are a long way away from the grand vision of oil and gas tycoons who, in the ‘90s and ‘00s, imagined a limitless and permanent global market for their products.

Nightmare Scenario for the World Working Class and Poor

We are looking ahead to an enormously difficult winter for working class and poor people around the world.

High energy prices drive high prices in nearly every other industry. Food and electricity costs soar alongside stubbornly high gas prices. And it’s not just at the checkout counter or gas pump that the costs mount: household bills are expected to skyrocket as well. Households in the UK can expect to pay almost triple the price to heat their homes this winter compared to last.

If energy-intensive businesses are unable to keep the lights on that means layoffs. In northern France, energy prices have climbed so fast that Arc International glass factory has had to dramatically reduce their production. Just recently, 4,500 workers were put on partial furlough and four out of nine furnaces were idled. Nearly every industry in Western Europe is vulnerable to a similar situation.

This crisis is already producing shortages of essential goods. Soaring natural gas prices will inevitably drive up the price of producing fertilizer, a key component in food production. Producing food without fertilizer reduces yields by half. We are now on the brink of a food crisis on top of everything else.

Every component of this scenario will be especially excruciating for the billions of people living in poor countries. From Ecuador to South Africa, blackouts and energy shortages have already plunged millions into total turmoil. Like with COVID vaccines, we’re likely to see wealthy Western countries scramble to buy up energy reserves at astronomical prices while debt-laden countries get left behind.

This nightmare for working people and the poor also presents a nightmare for the ruling elite: a winter of mass uprisings. The number of countries that have been rocked by protests over energy prices so far this year, already in double digits, will skyrocket as cold months draw nearer in the Northern Hemisphere.

In early September, thousands took to the streets in Leipzig, Germany. On September 21, ten thousand demonstrators marched through Brussels. Striking rail workers and postal workers in the UK are at the forefront of a potentially era-defining class battle between the British working class and their parasitic bosses.

The workers movement in the UK gives us an inspiring model to look toward (see page 14). The momentum of workers struggles across Britain to fight for wage increases along with growing demands from left labor leaders for price caps on energy bills, and a major tax on corporations has put the question of a general strike firmly in the cards.

The leaderships of several key unions have signaled support for coordinated strike action across industries to fight for these demands. This is precisely what we’ll need in countries around the world – a mass movement, coordinated and led by the organizations of the working class, demanding the rich pay for this crisis out of their mega profits rather than working people’s couch coins. This movement will need to be crystal clear in demanding that we break from the shackles of the oil and gas industry. We need a global transition to green energy, executed by creating millions of good paying jobs. This will ultimately require bringing these industries into democratic public ownership and putting workers in polluting industries to work building the infrastructure for a green transition.

As the drivers of this struggle, working people need militant and truly democratic unions. In the U.S. this will require ousting the conservative union leadership whose conciliatory attitude toward the bosses poses a key obstacle.

It is critical that this struggle isn’t waged solely around immediate issues of wages and energy prices, but is connected to an overall vision of the type of world we need to build.

We need a world where we’re not handcuffed to the frenzied groping of the capitalist class who have no coherent plan to meet society’s energy needs in a way that is both affordable and sustainable for a rapidly warming planet.

We need to fight for a transformation of our entire economic system. In addition to bringing the energy industry into democratic public ownership with workers’ control, we need to also take aim at the parasitic interests in other industries like the big banks and pharmaceutical companies.

It’s only on this basis that the shocks of capitalist instability can be truly put to an end and replaced with rational planning where the needs of people and the planet come before profit.