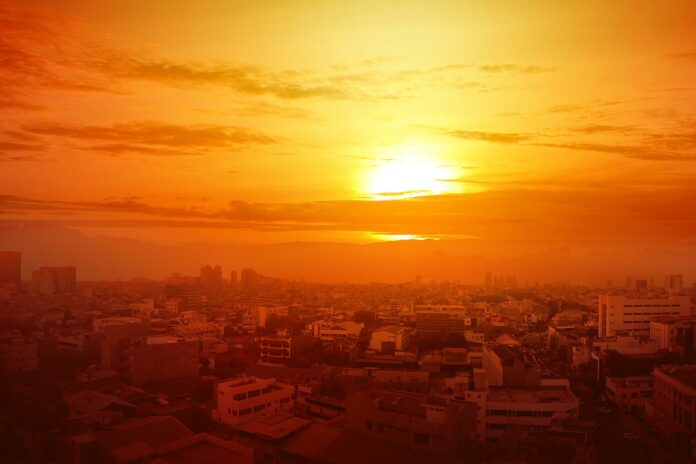 Flooding in Kentucky killed at least 37 people at the end of July. Four people have been killed by California’s largest wildfire this year, the McKinney Fire, which has burned down over 100 homes, sheds, and other buildings as it ravages the area.

Across the Atlantic Ocean, Europe has faced record-setting heat waves that have claimed the lives of hundreds of people. Over 1,000 people died of heat-related causes in Spain and Portugal during the July heatwave, which reached over 116 degrees Fahrenheit in some areas. One postal worker in Madrid collapsed on the job – by the time emergency services reached him, his body temperature was over 107 degrees.

These individual events, newsworthy on their own but almost numbing in aggregate, have only increased in size and frequency over the last several years. Research published last year indicates that between the years of 2000 and 2019, climate-fueled disasters were responsible for an excess of five million deaths per year, worldwide.

To say “the climate crisis is already here” to some degree obscures how rapidly the climate is changing and the severity of the events to come – but we have decidedly entered the era where working people are reaping the consequences of the political elite’s inaction. To change course, we need to be clear-eyed about the ways climate change is already putting us at risk, and build a movement and program that meets the scale of the crisis to defeat it.

A deadly heatwave in the Pacific Northwest last year, which reached over 110 degrees in an area unaccustomed to high temperatures, showed how shockingly unprepared our infrastructure is to deal with the crisis. Across the normally-temperate PNW, roads buckled and cracked as asphalt softened under the heat, and cable-car public transit was forced to close in Portland, Oregon as their power cords literally melted.

As the climate crisis batters our homes and communities, working people are being asked to shoulder the burden on our own. In Texas, authorities are responding to the problem of their broken and easily-overloaded electrical grid by asking residents to curb A/C use even during dangerous heatwaves. In Oklahoma, residents are being forced to boil their water for use as the state’s water lines break under pressure.

This is the state of play in the richest country in the world – to say nothing of the toll in the neocolonial world, where despite residents often being accustomed to warmer temperatures, millions lack secure housing and even more lack the resources to cool themselves in severe temperatures.

Every day that the climate crisis is not attacked by massively expanding green infrastructure as well as nationalizing and retooling fossil fuel companies, the price tag on repairing and expanding infrastructure gets higher. Still, the political establishment kicks the can down the road.

As we stand in the dawn of a new era, where headlines about climate change fatalities become nearly as commonplace as those of workplace and school shootings or hearing that a friend got COVID, there is a looming reality that climate change is accelerating, not simply integrating itself into our lives.

With that comes a certain “point of no return” – not on our ability to fight climate change, which is only hindered by fossil fuel companies’ unquenchable thirst for profit, but in our bodies’ ability to withstand the heat.

Humans sweat to cool ourselves down, which allows us to withstand dry heat to a shocking level. Given enough water and shade, humans can endure hours in heat that is over 120 degrees Fahrenheit. Given a humid heat, however, the story becomes very different. In these conditions, our sweat cannot evaporate, and humans can succumb in under six hours at just 95 degrees Fahrenheit. This is called “wet-bulb” heat.

Wet-bulb conditions don’t occur often under normal climate circumstances, because excess water and heat in the air over a certain threshold will result in a storm. But warming temperatures globally allows the air to hold more water than it would normally – setting us up for increases in wet-bulb conditions that could prove fatal on a mass scale, akin to the situation in Spain and Portugal in July, or worse. This will be the most fatal to people who can’t take shelter from the heat, people living on the streets or people living in shoddy housing situations with no air conditioning or cooling. It’s also highly dangerous to people who work outside or in non-air conditioned warehouses and trucks. UPS drivers, after one driver in LA collapsed and died from heatstroke while on the job, have shared that the inside of their trucks are regularly over 110 degrees.

Skin in the Game

Climate change isn’t just a threat to the lives of working people, it also threatens our homes. In 2021, it’s estimated that natural disasters affected 1 in 10 – or over 15 million – homes across America, which alone cost $56.92 billion in property damages.

Of course, this is not incidental. Insurance companies have made a sport of selling policies in areas that face the greatest risk, making working people pay an arm and a leg for expensive coverage, and then refusing to pay out when disasters do strike. Insurance companies, fossil fuel companies, and the political elite are determined to see who can squeeze the most money out of this race to the bottom, while working people just try to survive it.

The climate crisis is increasingly taking the character of a massive public health and economic emergency – and if recent years are any indication, we can’t trust the political establishment to deal with either.

A Program That Meets The Moment

Climate change will have increasingly deep effects on all aspects of life, far beyond direct fatalities from extreme weather and natural disasters. We need a far-reaching political program that fights climate change at its root, including bringing polluting industries into public ownership, re-training and guaranteeing high-quality union jobs to workers in these industries, large scale reforestation programs, historic expansion of mass transit, and investment in publicly-funded research and development into new sustainable technologies.

However, while the planet heats up, we will also need to build adaptive measures as we work to reverse climate change. Workers who work outside need a shortened work day, with no work during the hottest part of the day, for absolutely no loss in pay. We also need to build carbon-neutral homes designed to stay cool without massive energy expenditure. Expanding mass transit, both within major metropolitan areas and connecting to lower-density and rural areas, would also allow for cities to tear up millions of square feet of parking lots, which would reduce devastating floods.

Neither of the two major parties have any interest in doing what’s necessary to stop climate change and avoid massive human casualties. While Republicans delusionally act like the climate crisis is a made-up problem, Democrats achieve the same result by pretending that the mere existence of the fossil fuel industry isn’t a threat to human society. The political establishment, ultimately, has the same approach to climate change as it is currently taking to the COVID pandemic – allowing for hundreds of unnecessary deaths per week so long as they don’t have to make any radical change.

If we are to avoid a scenario with serious ongoing human climate casualties, it will have to be on the basis of a working-class and socialist movement, driven by the power of organized labor, on a truly independent basis from both parties of big business. Building that movement, which is the only force capable of wresting a safe future from a capitalist class hellbent on profiting from disaster, is the historic challenge of our time.