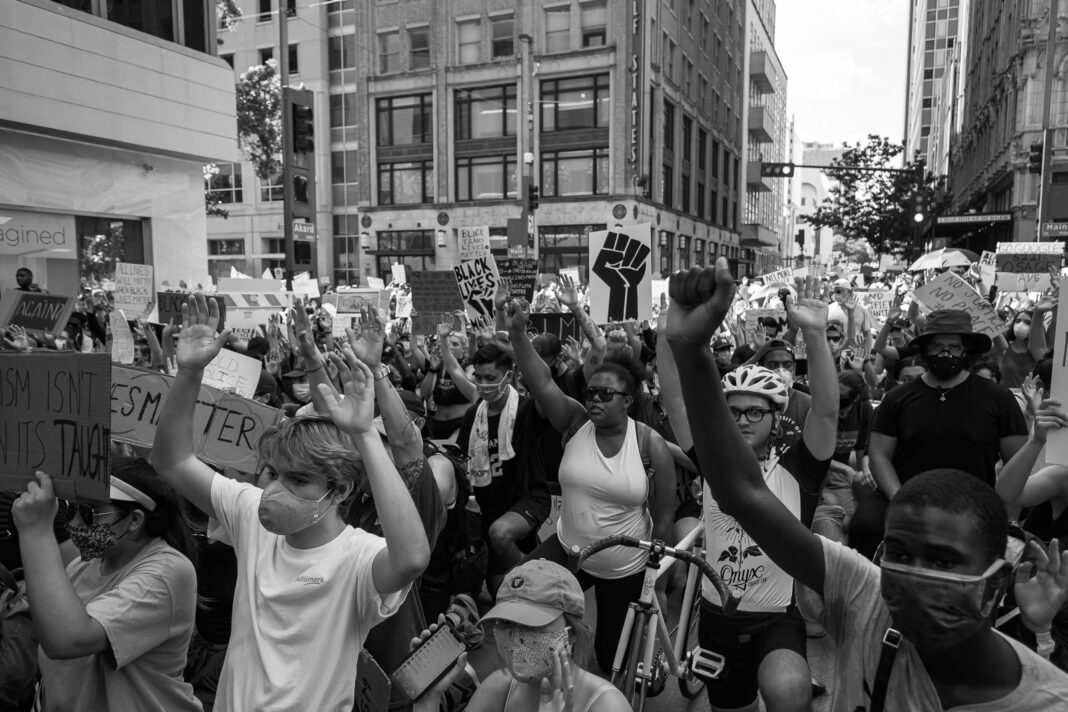 The Emancipation Proclamation was signed into law by Abraham Lincoln in 1862, but it wasn’t until June 19th, 1865 that the chains of chattel slavery were broken in Texas, the most remote part of the Confederacy. It was marked by General Granger of the Union Army reading out General Order 3, declaring “all slaves are free.” That date has since been commemorated to varying degrees as the Juneteenth holiday. Early on, it was celebrated in Texas especially on that day, but other parts of the deep South celebrated different Emancipation Days.

The reason for this variance is that celebrations began when the balance of forces decisively changed in each area with the arrival of Union troops who could actually enforce emancipation, rather than when people heard the news. Their presence was vital for the enslaved Africans themselves to seize the opportunity for freedom, having been guaranteed a measure of protection against Confederate racial terrorism and violence.  Freedom has always been realized by concrete and seismic shifts in the balance of power between the oppressed and the oppressor. It has never been just about when a piece of paper is signed.

Up until the historic mass anti-racist rebellion of 2020 following George Floyd’s police murder, Juneteenth was kept alive by sections of Black communities across the country but was not widely known. Since the Floyd rebellion, the date has truly entered mass consciousness. The federal government has finally recognized Juneteenth as a holiday. Even major corporations like Nike, Google, Lyft, The New York Times, JCPenney, the NFL, Tumblr, and Postmates have made Juneteenth company holidays. Some in the movement have dismissively rejected the federal holiday, correctly arguing that it makes it easier for corporations and establishment liberals to look like woke progressives without substantive change in policies and practices.

But a more effective approach, rather than having a dismissive reaction, is to use the heightened attention on the holiday to reject such empty corporate woke-washing and make concrete demands for systemic change like disarming cops on patrol, cutting police funding to fund housing, education, and jobs and electing community control boards with full powers over police such as hiring, firing and subpoena. We need to make Juneteenth not just a day of remembrance and historical reflection, but also a reaffirmation of the need for collective struggle to smash racism and for the full meaning of Juneteenth to be realized.

Just a cursory look at the objective conditions of Black life in America, especially for the working class and poor, makes it clear that it would be a mockery to say that we are genuinely free. Among many statistics reflecting continued racial oppression is reflected in the findings of a report published last year by The Sentencing Project:

As if law enforcement terror against Black Americans is not enough, there has been a shocking rise in hate crimes, and anti-Black racial violence in particular. This has been horrifically punctuated by the recent racist massacre in Buffalo – 10 killed, three injured with all but 2 of the victims being Black. Payton Gendron, who had long planned this fascistic act, was arrested with hardly any force by the police department, unlike the 75 year old protester whose skull was fractured by police during the George Floyd rebellion.

We can’t rely on the police, the capitalist government, or its political parties to defend us against racial terror, whether carried out by the state or by vigilantes. Biden, who has frequently talked about chummy relations with old segregationist politicians, has massively expanded police funding and refused to lift a finger to remove the filibuster obstacle – a convenient excuse not to pass the George Floyd Act, or anything else for that matter.

The empty response by Biden Administration to either the Buffalo shooting or to Roe being likely overturned, an event that will disproportionately harm working class Black women, should be a clear demonstration to us that Democrats seek to fly the anti-racist flag in words while upholding institutional racism. They hope to rest on their laurels having successfully appointed the first Black woman to the Supreme Court, but the severe limitations to representation politics has become clearer to a much wider section of the population.

Now Black mayors like Eric Adams, Bruce Harrell, and Lori Lightfoot highlight the growing embrace of “law and order” politics by the Democratic Party. They have dropped the pretense around defunding/reforming police which they had signaled in 2020 under the scalding heat of the historic mass rebellion.

It is clear that we cannot rely on the establishment and we need to build bold mass movements to make the promise of Juneteenth a reality. But it will not happen unless we learn the lessons of why despite the mass rebellion in 2020, little of substance has changed. While the energy, fury and commitment were there, it was disoriented by the lack of accountability and democratic structures surrounding the many loose networks of BLM organizations who operated on the NGO/nonprofit model – reliant on donations from wealthy liberals, corporate patronage, or government subsidies acquired by close proximity to the Democratic Party (with all the strings that entails).

The shocking corruption and nepotism displayed especially by the leaders of the Black Lives Matter Global Network, who had at their control tens of millions of dollars, is particularly damaging to Black Lives Matter even as a slogan. We need a new bold multiracial, multigender mass movement on the basis of democratic structures, clear demands that can mobilize millions, and tactics that target the capitalist system that feeds on and deepens systemic racism. We need not just protests but mass direct action to disrupt business as usual – with strikes, slowdowns, and occupations. A firm link is necessary with the growing militancy in the labor movement, as well as the revolt to defend abortion rights and LGBTQ rights.

Juneteenth is a remembrance of emancipation – but emancipation is still needed today. By carrying forward the lessons of this holiday, we show how just as liberation from slavery was possible, so is a future beyond capitalism and racial oppression.