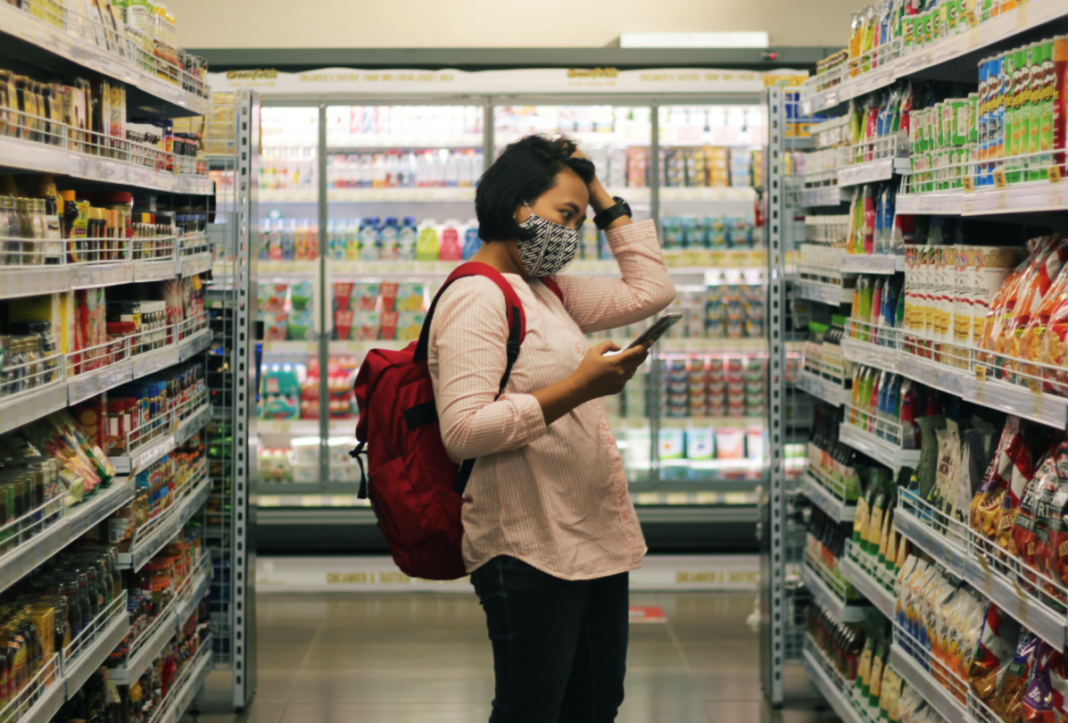 Millions of retirees on fixed incomes are panicking. Young people stuck in low-paid jobs are stressed, and working-class families are anxious. And the gas pump prices keep ticking up and up.

“Everything is suddenly super expensive,” says Hannah, a young restaurant server in Oakland, California. “Filling up my car is almost twice as expensive. I avoid going anywhere but work, because I can’t afford it.”

Turning on her radio, she’ll hear NPR echoing the establishment’s idea that price hikes are simply supply and demand, that no one is price gouging. To her and many others, it doesn’t feel that way.

While the pandemic supply chain crisis and the lockdown in China are contributing to inflation, primarily, it’s the war in Ukraine that’s on everyone’s minds. Russia is a major oil and natural gas producer, and any product that needs to be transported is affected by skyrocketing fuel prices.

Rising prices to one person are an extra dollar to another. The U.S.-backed Saudi dictatorship is sitting tight, enjoying the moment of record high oil prices. Villainous executives at Chevron and Exxon Mobil are emboldened, giving the climate movement the middle finger and counting their billions in increased revenue.

Gas pump prices are up 48% in one year and 70% since Biden took office. Like all corporate politicians, Biden is more concerned with a midterm massacre of Democrat incumbents than with the enormous humanitarian crisis created by rising gas and food prices, although they are related.

Instead of taking resolute action against Big Oil such as temporary public control over them or even nationalization, Biden is begging them to frack, frack, and frack more to increase supply. For decades, both capitalist parties have refused to take the kind of massive green infrastructure program that could have helped save us from this moment. President Biden has instead waived the ban on smog-producing ethanol content in gasoline – a move that Trump tried, but failed.

The bosses’ MO is that war is a crisis that has to be paid for by the working class: either in body bags or out of our pockets.

Globally, the war is creating an acute shortage of grains. This adds to the rising cost of food from oil price hikes through increased cost of transportation and fertilizer. The rise in world food prices in April are expected to top the March figure of a 34% jump, making it the fourth month of record global food hikes.

As ever, when capitalist crises hit, the poorer you are the worse you will be hit. Poorer nations’ trade is overseen by the International Monetary Fund, the global loan shark. Through imposing indebtedness to rich countries, the IMF enforces its agricultural policies worldwide. Poorer nations are encouraged away from their traditional diverse farm crops towards concentrating on narrow cash crops for the world market to facilitate loan repayments. This makes them highly vulnerable to shocks in the global food market. Many Middle Eastern and African countries are expected to run out of affordable grain in the coming weeks. And if their main cash crop is coffee, palm oil, or cotton, they cannot just eat that.

Inflation is rushing around the world, exploding in the poorest countries with the greatest debts. Prices are already out of control in countries like Ethiopia (33%), Argentina (52%), and Turkey (61%). The U.S. as the dominant world banker has been safe so far. As home to the world’s dominant currency, its Federal Reserve can print cash to pump into its stock markets: the S&P 500 rose 27% in the last year. The party of profit-inflation continues.

Workers in the U.S. who were barely getting by on their low pay won’t be getting by for much longer. The money leftover from rents and student debts are now being spent at the gas station or the grocery store. The long pandemic lines at food banks may well be returning. Some 43% of Americans have already experienced significant hardship as a result of increased prices, according to an Emerson College Poll cited in The Hill.

Hannah, in the richest country in the history of the world, says talk among her coworkers touches on the question of food.

“As ridiculous as it sounds, strawberries and avocados are luxuries beyond people’s reach,” she said. “Highly processed foods last longer and are more filling, but those prices are going up too. It’s an income problem, more than a price problem: people just don’t get enough income.” This will have been the thinking of Amazon workers and Starbucks workers as they move towards unions, to give themselves a collective defense against the boss and rising prices.

As Biden does every acrobatic trick he can to attempt to placate voters while keeping Big Oil happy, his approval ratings continue to decline. As the Ukraine war goes on and workers suffer more, contracts for arms manufacturers and Big Oil are going through the roof. One industry kills us at gunpoint and the other through climate change. This is the real problem: an economic system owned by the rich that serves the rich, where resources chase profits and the needs of workers always come last.

The supply of bullshit to justify capitalism is endless; and the demand for change is huge. The U.S. had price controls during its last two major wars. We need unions to help us fight at the workplace and a party for working people to fight for the legislation we need. We need to turn this situation around and to turn the world over, so that no one dies of starvation because they can’t afford the food that’s right there in front of them.

How Deglobalization is Reshaping the World Economy