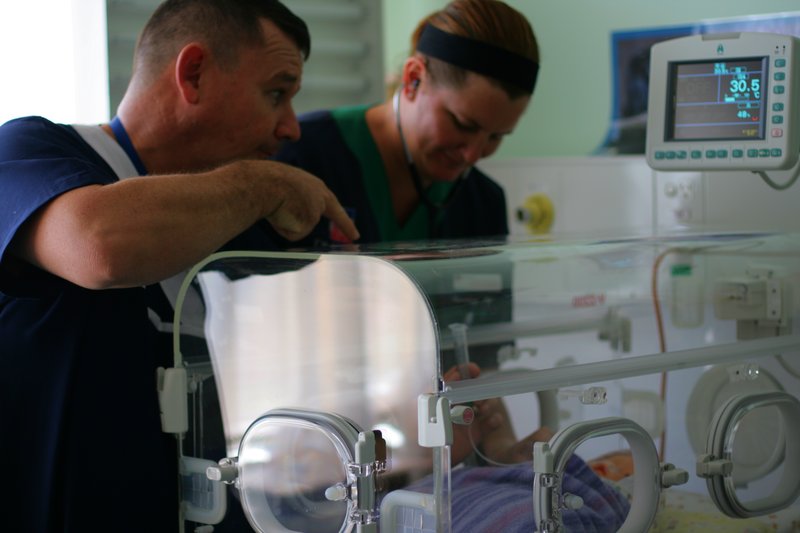 Nurses and hospitals across the U.S. have been pushed to the brink over the last few years. The stress and pressure of the job is high even under the best conditions, but add a pandemic into the mix and it’s no wonder the nursing profession is in crisis. While nursing school enrollment has increased over the course of the pandemic, nursing schools are still unable to accommodate more students due to limitations of faculty, clinical sites, and resources. While the number of new nurses remains inadequate, older nurses are leaving the profession. The median age for nurses in the U.S. is 52 years old, meanwhile the median age of U.S. workers overall is only 42. Due to these factors and others, it’s projected that California for example could face a shortage of nurses in 2030 as high as 44,500 positions going unfilled!

What’s behind the shortage?

It would be easy to attribute the nursing shortage and other problems in the healthcare industry solely to the COVID-19 pandemic and the stress it has placed on healthcare workers, but the reality is that the pandemic merely ripped open a wound that has been growing in healthcare professions for decades now. The nursing shortage specifically has existed since the 1960s.

The 90s saw the shortage grow to new heights as healthcare corporations scrambled to find ways to cut costs during the popularization of the “managed care” model, which sought to lower and control the cost of healthcare and health insurance. Essentially, managed care rewards healthcare companies greater profits for keeping costs down, while exacting financial penalties when they spend more than is deemed necessary for treatments. In effect though, managed care has actually led to cuts in staff and services, and the cost of healthcare and health insurance still remain uncontrolled and unaffordable today for patients.

These cuts to staffing have led to or contributed to a number of other issues which only compound the shortage. Burnout is a huge factor in new nurses leaving the field. Nurses can face abuse from employers and patients, long hours, and heavy workloads while on shift. A big part of that workload is determined by nurse-to-patient ratios, for which most states and hospitals have no regulations. In 2018, Massachusetts residents voted down such a law, in part due to a despicable campaign by the state’s private hospital corporations which framed the law as government overreach trying to meddle in how nurses provide care for their patients. In reality, this law would have helped protect nurses from overwork, and protect patients from substandard care. It would, however, have gotten in the way of hospital corporations exploiting their nurses and cutting the quality of healthcare provided. Put more simply, it would have gotten in the way of their profiteering.

For Profit Healthcare to Blame

This cuts right to the heart of the real problem driving not just the nursing shortage, but the crisis of healthcare in the US at every level: the capitalist, for -profit healthcare model. Hospital corporations, pharmaceutical companies, healthcare equipment manufacturers, and more all operate on the basis of making money above all else, including the needs of patients and staff. And they’re very good at it -– in 2020 at the height of the pandemic, HCA Healthcare, one of the largest private hospital corporations in the U..S, gave it’s CEO Sam Hazen over $30 million in compensation! This while HCA has laid off nurses and support staff and engaged in vicious union busting. That $30 million ultimately represents money that patients and their families paid out to receive health treatments, not to line the pockets of greedy CEOs. But so long as healthcare in the U.S. operates under the for-profit model, that is exactly where the money we spend when we are at our most sick and vulnerable will go.

How Can Nurses Fight Back?

Nurses have not been silent during the pandemic however. In Massachusetts, nurses at St. Vincent’s Hospital in Worcester went on strike for an unprecedented 10 months in 2021 over issues related to lack of pay and unsafe nurse-to-patient ratios before finally winning a contract. On January 13th, National Nurses United held a day of action demanding safer staffing levels and support for nurses.

The struggle continues, and individual nurses have taken initiative by launching a Facebook group to begin planning to organize a national nurses march to be held on May 12th over the issue of nursing abuse, fair pay, and an end to racism in the workplace. This group has gained almost 200,000 members in a matter of weeks. This is a positive development which speaks to the growing discontent in nurses across the country, and if such a wide scale event can be pulled off it, would be a massive step forward for the movement. However, the direction of the nurses’ march remains both limited in its demands and methods. For example, the group states it does not support or facilitate the use of strikes and protests, the very tactics that will be necessary for nurses to win their demands. Without these tactics, nurses are tying their hands in a fight against gargantuan healthcare profiteers.

For nurses to win any real gains, fighting demands and a fighting approach will be necessary. This will mean of course demands to eliminate workplace abuse, for higher wages, and for better nurse-to-patient ratios, but it will also need to include the right to a union, the right to strike, and most importantly an end to for-profit healthcare. The only way those demands can be realized is through mass protests and strikes aimed at eliminating the profits of greedy healthcare CEOs, which can move not just nurses and other healthcare workers into mass action, but the hundreds of millions of people who depend on safe, effective healthcare too. Unless we act to bring an end to for-profit healthcare, any gains we win will be stripped away in time by the rapacious greed of wealthy CEOs who depend on profiting off of other people’s injury and illness.

For Nurses and Patients, Capitalism is a Dead End

Poll after poll over the last 10 years have shown that a huge majority of Americans, anywhere from 60-70%, support some form of public healthcare. At this point, the question of whether we should or should not have public healthcare is already answered: we should! However even if 100% of voters supported the idea, healthcare corporations and politicians in both parties will never willingly give away the exorbitant salaries, campaign contributions, and stock options that they can depend on as spoils from the private healthcare system. The most recent example highlighting this unfortunate reality is the move by California Democrats to kill a single payer health bill in the state.

Any path forward for public healthcare in the U.S. has to go through a mass movement that will require mass protests and even more importantly, strikes by healthcare workers. Nurses can play the decisive role in such a movement, and we owe it to ourselves, our profession, and our patients to do so. Unless we take bold action to eliminate the profit motive in our healthcare system, nurses will find ourselves increasingly brutalized and exploited on the job, our profession increasingly stretched to the breaking point, and our patients made to suffer and in the worst cases die because their care and survival hurt the bottom line of millionaire CEOs.