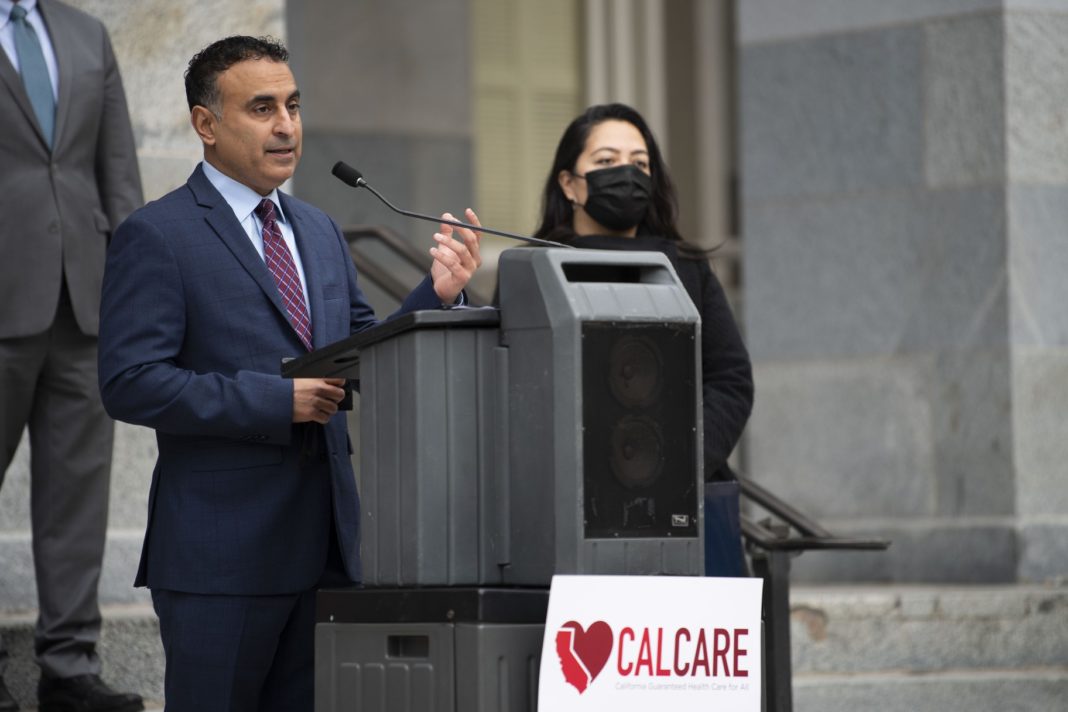 Progressive Democrats in California proposed a statewide single-payer healthcare system. Assembly Bill 1400, or “CalCare,” would have provided full healthcare benefits to California residents regardless of immigration status. With lower drug prices and no co-pays, deductibles, or out-of-pocket costs, CalCare would have single-handedly defanged the predatory health insurance industry in the fifth-largest economy in the world. But in the end, the principal author of the bill, Assemblymember Ash Kalra, failed to bring it to a vote.

This move was correctly attacked by the California Nurses Association, which was leading the fight to win the bill. They released a statement saying that “Kalra chose to just give up on Patients across the state,” adding that Kalra was “providing cover for those who would have been forced to go on the record about where they stand on guaranteed health care for all people in California.”

More working people than ever have experienced the disastrous consequences of healthcare under capitalism. Americans are now dealing with the third major iteration of COVID because the world’s wealthiest nations hoarded the vaccine while regions like South Asia, South America, and Subsaharan Africa suffered brutal transmission rates. COVID containment has been sabotaged by competing national interests as every country’s ruling class tried to keep their economy open. US workers were laid off by the millions in 2020 in a country where medical insurance is tied to employment, meaning nearly a third of Americans lost their health coverage as hospitalizations spiked.

In fact, there are numerous reasons why single-payer healthcare would be a massive victory for workers against the bosses. Research shows that employer health insurance keeps workers stuck at bad jobs, which keeps wages lower over time. Other research shows that workers may end up paying for employer health insurance with 10% of their wages. But most importantly, freeing workers from employer-sponsored healthcare would take massive leverage out of the bosses’ hands. Employers would no longer be able to control workers’ access to healthcare (or use it as a bargaining chip during a contract negotiation or strike).

Are Democrats Capable of Fighting for Workers?

Working people and their families need single-payer healthcare, but it would be a fatal mistake to trust the Democrats to lead the fight. In 2017, California Democrats blocked a single-payer bill similar to CalCare, just the same as they did last month. On January 11, Democrats on the Assembly Health Committee voted for CalCare out of ‘professional courtesy,’ with at least two Democrats openly stating that they’d vote against CalCare on the Assembly floor. And what of Democratic Governor Gavin Newsom, who ran on single-payer healthcare in 2018? He voiced zero support for CalCare, instead introducing a modest proposal to make undocumented immigrants eligible for Medi-Cal, a California health coverage program for people making poverty wages.

Democrats run on single-payer healthcare because it’s popular with workers, but the California Democratic Party accepts millions of dollars in contributions from the pharmaceutical industry, healthcare insurers, and medical industry executives, who refuse to give up billions in profits without a fight. Last November, Newsom handily defeated a right-wing recall in part thanks to large sums from wealthy corporate donors who oppose single-payer and the business taxes needed to fund it. It’s no wonder that he and the Democratic Party refuse to support CalCare.

How Single Payer Can Be Won

However, the Democrats’ blatant opposition to single-payer health care does not make the fight a lost cause – it just means workers should rely on our own power to win it.

Billions in healthcare profits are generated solely by workers’ labor. Nurses, doctors, technicians, janitors, food service workers, pharmacists, and countless others keep hospitals and medical offices running, while not a single shareholder provides so much as a band-aid. The leadership of the CNA and National Nurses United understand the connection between their work and the billions in profit generated by the healthcare industry, which is why they’ve led the fight for universal healthcare.

Not just the CNA, but unions broadly would benefit from single-payer healthcare by taking control over workers’ health insurance out of the hands of the bosses.

But the CNA’s mistaken strategy of lobbying and donating to Democrats has never won universal healthcare. Insurance and healthcare corporations will simply never give up their profits without a real fight, and the Democratic Party relies too much on their donations to bite the hand that funds them.

The CNA and other unions can lead the way by channeling their organizational and financial power toward militant tactics, including strikes. As workers, stopping the flow of profit is our most powerful weapon, and we should not hesitate to use it to win universal healthcare.

Massive Profits, Not Wages, Should Pay for Healthcare

The fight to block healthcare is class-based: the owners of the healthcare and insurance industries used their money and influence to make sure leading Democrats don’t support CalCare. Our mistake would be not fighting as a class in response. The CNA and other unions can strike back by demanding that any single-payer plan be 100% funded by taxes on corporate profits and the ultra-wealthy, with absolutely no income taxes. There are 189 billionaires residing in California, more than any other state, so our in-state capitalists can absolutely pay for universal healthcare. It’s a question of whether union leaders are willing to leverage their power to demand it, and fight to win it.