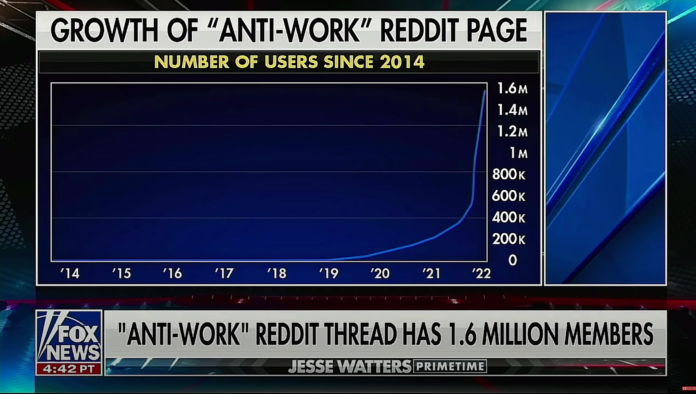 Three nurses and four radiology technicians at a Thedacare hospital in Appleton, WI quit their jobs to accept better paid positions at a competing hospital nearby – but they weren’t allowed to leave. Thedacare’s millionaire CEO Imran Andrabi asked a county court to block the seven at-will employees from starting their new jobs for at least 90 days while the hospital “looked for replacements.” Judge Mark McGinnis temporarily granted Andrabi’s request and for nearly a week the healthcare workers didn’t know if they’d be starting a new job the following Monday. Eventually, after determined public outcry, the judge reversed his decision.

Over 40 million Americans quit their jobs in 2021. The majority of these “quitters” worked in low-wage service and hospitality jobs and left in search of higher pay and better working conditions.

While most bosses aren’t cartoonishly filing injunctions to prevent their workers from quitting like at Thedacare, they’re still resisting tooth and nail any permanent changes in the workplace that would entice workers to stay. Many businesses are offering temporary sign-on bonuses but not substantial raises, or “wellness” benefits but no change to healthcare policies. Bosses will do the bare minimum required to stop the bleeding, but won’t give an inch more without a fight.

What started off as a 70,000-person subreddit (Reddit forum) in January 2020 has now exploded into one of the fastest growing subreddits on the site at 1.7 million members. While Reddit is by no means a universally reliable window into our society, this particular forum – r/antiwork – should be studied under a microscope. It is the only real gathering point that exists for the “quitters” driving the Great Resignation. Its 1.7 million members are overwhelmingly under 35 and the vast majority of them identify as “anti-capitalist,” “socialist,” or “progressive”. The forum’s many members feel a deep sense of ownership over it, so much so that the page’s moderators have recently come under fire for not running things democratically enough. There have been posts demanding that structures are established to make the r/antiwork “leaders” accountable to the broader membership.

The working class solidarity this forum hosts spilled out into the real world last week when tens of thousands of users voiced their support for the “Thedacare 7”. They set up a GoFundMe totaling nearly $60,000 to cover legal fees, sent mass emails to Thedacare’s C-suite demanding the workers be allowed to quit, and collectively celebrated when news dropped that the judge had ruled against the hospital.

One thing this forum is far too unspecific about is how we fight back against brutality in the workplace. The page’s “about” section mentions the importance of “organizing” and gives some useful do’s and don’ts, but this exists alongside advice to “slack off, cheat, and steal from work.” This leaves the page’s many eager participants hungry for a way forward.

There is no “quitting” exploitation under capitalism. The only way to defeat the bosses is by getting organized to take them on. Starbucks workers across the country are a shining example of this. Before even winning their first contract, newly unionized Starbucks workers in Buffalo, NY won paid self-isolation for workers exposed to COVID. How did they win this? By refusing to work.

The only way we can win a genuine transformation of the workplace and the world is by fighting for it. We need to urgently build on the momentum of Starbucks workers across the country and make 2022 a year the bosses will never forget.