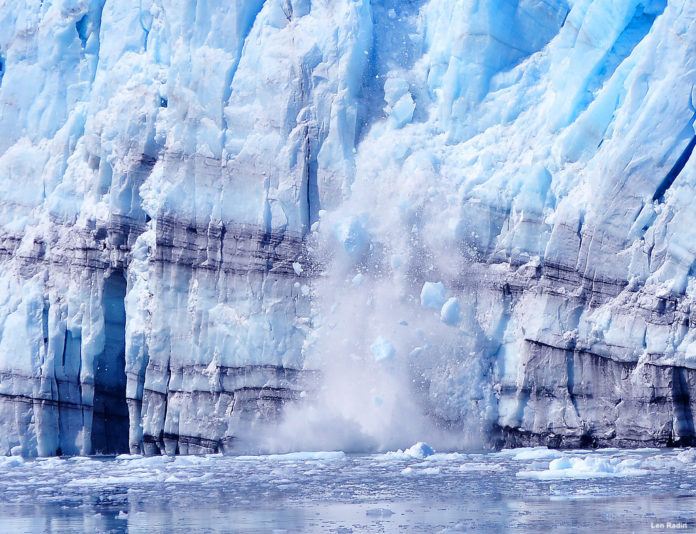 The new IPCC climate report is vital, but flawed in one crucial respect: the problem is not “humanity” — it’s capitalism!

The new major climate report from the UN’s climate panel, IPCC, is a devastating indictment of the world’s rulers and the capitalist system. It is warmer now than it has been for 100,000 years, and now scientists can show a clear link between the extreme weather of the last decade and climate change.

The temperature changes follow the previous models, but the effects since the previous report are much larger and more serious than predicted. The need for system change is only becoming more urgent.

The latest major climate report of its kind was released in 2013 and was at the time unable to completely establish a link between the increase in extreme weather phenomena and the effects of global warming. But since 2013, we have seen worse and worse natural disasters, with major damage to infrastructure, agriculture, ecosystems, humans and all life on the planet.

At the moment, terrible fires are raging in Greece, a country that has experienced extreme temperatures of over 40 degrees for over a week.

On the Greek island of Evian, where huge fires are raging, 2,000 residents have been forced to flee since August 3. Reuters reports that the extinguishing work is made more difficult by the water evaporating before it reaches the flames! In the suburbs of Athens, thousands have also been forced to flee the raging fires.

“We’re talking about the apocalypse, I don’t know how to describe it”, says Sotiris Danikas, who works for the coastguard on Evian, to the British BBC.

But the whole world has been on fire during the summer. In addition to Greece, major fires have taken place and are currently ongoing in Italy, Bosnia, Turkey, Russia, the United States, Canada, Spain, Finland, North Macedonia, Albania, and more.

The scenario is the same: huge fires as a result of extensive heat waves are forcing thousands to flee.

The report’s “Summary for Policymakers” states that “It is virtually certain that hot extremes (including heatwaves) have become more frequent and more intense across most land regions since the 1950s” and that “that human-induced climate change is the main driver of these changes”.

The IPCC writes that “Some recent hot extremes observed over the past decade would have been extremely unlikely to occur without human influence on the climate system”.

In addition to heat waves, extreme droughts and fires, the IPCC also sees an increased risk of intense rainfall. We saw clear examples of this a few weeks ago, when areas in Germany, Belgium and the Netherlands were flooded after huge amounts of precipitation.

Food supplies are also affected when heat waves and floods risk destroying huge areas of arable land and destroying agriculture. Especially in poorer and neo-colonial countries where this is already a grim reality.

In addition to the effects all this has on humans, the entire ecosystem is, of course, affected negatively. Animal and plant life are wiped out by the extreme weather phenomena. The report (and reality) shows that extreme weather phenomena are not just destined for certain parts of the Earth, but things like extreme drought, worse heat waves and torrential rain are visible in all parts of the world.

The IPCC report shows that extreme heat waves are 2.8 times more common today than they would have been without global warming (where heat waves would occur once every ten years, according to the report). The same applies to torrential rains and droughts that affect agriculture, which are 1.3 and 1.7 times more common, respectively.

Tropical hurricanes have also intensified and increased over the past decade, with major damage to infrastructure and ecosystems as a result. To Dagens nyheter on August 9, climate researcher, Markku Rummukainen, who is also Sweden’s representative on the IPCC, says that:

“The ongoing changes are very extensive and rapid within the climate system. In many cases, it is unparalleled going very far back in time. The link between climate change and extreme weather is much, much stronger than in previous reports.”

The planet’s average temperature continues to rise, the IPCC’s climate report states. It’s warmer now than it has been for over 100,000 years!

Since 2013, the global average temperature has increased by 0.2 degrees, to 1.1 degrees Celsius compared to the start of the Industrial Revolution in the mid-1700s. In the northern hemisphere, warming is accelerating; in Sweden, for example, there is a regional temperature increase of about 2 degrees.

And there is no doubt that it is greenhouse gas emissions from “humans” that create major changes in the climate.

But the report’s weakness is precisely the concept of “human”. It should instead be described as “the increasingly intense pursuit of increased profits by large corporations and states”.

It is impossible to emphasize enough that it is the capitalist system’s pursuit of profit and its view of natural resources as an inexhaustible source of wealth that is to blame for the serious climate crisis that we are all facing. Oil companies, other large companies and their politicians will only increase emissions. To fight against the existential threat of the climate crisis is to fight against the economic system.

The climate report further states that about half of the emissions, 20 out of the estimated total of 40 billion tonnes of carbon dioxide per year, are bound up by natural carbon sinks, such as the Earth’s forests and the oceans.

But the enormous devastation of the rainforests and other forests releases large amounts of carbon dioxide and its function as a carbon sink disappears. With current developments, the earth will be able to bind less and less carbon dioxide, at the same time as more and more is released.

The combustion of fossil fuels — oil, coal and more — warms the planet even more. But the fact is that the IPCC’s “Summary for Policymakers” does not mention the words oil, fossil fuels or companies, and only uses terms such as “man-made emissions”.

No solutions on basis of capitalism

Regardless, the major energy companies and the states of the world have no plans to take effective measures to reduce emissions. No significant measures have been taken since the Paris Agreement in 2015, only very limited “voluntary” and “nationally decided” climate commitments.

The EU’s common climate strategy adopted this year is also far from sufficient, and its tools are not effective enough. They rely on market solutions that are doomed to fail, such as making it more expensive to emit carbon dioxide and imposing higher taxes on fossil fuels, as well as a strong focus on “emissions trading”. Companies will let working families and the poor pay. The EU’s program is also intended to benefit its own large companies against competitors outside the EU.

Juggling with emission figures via emissions trading may look good on paper, but it does not reduce emissions to the extent required. The G20 countries, for their part, could not even agree to phase out coal power at their most recent summit. That the establishment would agree to truly effective, binding agreements for the climate at COP26 in Glasgow is not worth believing in.

The level of carbon dioxide in the atmosphere has risen continuously. It is now at 410 ppm (parts per million), compared to 391 ppm in the most recent climate report in 2013. That concentration is “higher than at any time in at least 2 million years”, the report summarizes gloomily.

And to have a “67 percent chance” of meeting the 1.5-degree target, only another 400 billion tonnes of carbon dioxide may be emitted. However, that figure is from the start of 2020; this means that there are only 7–8 years left of the current level of emissions before the “carbon budget” is used up.

An additional effect of global warming is rising sea levels and melting ice. “Almost all” inland ice sheets and glaciers are melting faster and faster, the IPCC states, and this is also the biggest reason why sea levels are rising globally. Compared to the 1990s, the world’s ice sheets and glaciers are melting four times as fast, and the North Pole risks being completely ice-free “at least sometime” before 2050.

The rise in sea levels has tripled in speed in the last ten years, and in total the seas have risen by 20 cm between 1901 and 2018. The IPCC’s calculations show that sea levels are now rising by 3.7 mm per year.

Emissions must be reduced to zero sometime around 2050 to have any chance, according to the IPCC. But we cannot wait: major, far-reaching changes are needed — NOW. We are already dangerously close to passing several of the tipping points that, if exceeded, will become irreversible with an even faster global warming as a result, such as the melting permafrost or the deforestation of the Amazon.

Last week, there were also new alarming reports that the Gulf Stream risks being knocked out in the coming decades. In Sweden, the temperature would drop dramatically as a result, not to mention the negative effects on marine life and the ecosystem throughout the Atlantic and the surrounding regions.

Nightmare scenarios with increased emissions, leading to a 3–5 degree increase in global average temperature and rising sea levels by several meters in the coming decades, are almost guaranteed unless capitalism as a system is replaced by a democratic socialist system, where production, distribution and the whole the economic system is planned based on the needs of people and the environment under democratic control and government from below.