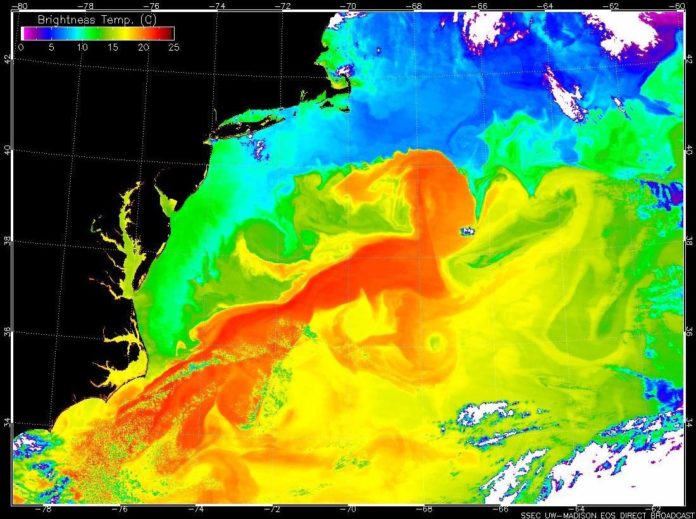 In a 2019 paper titled “Climate tipping points – too risky to bet against” in the science journal Nature, scientists identified a number of critical climate tipping points which, if reached, would lead to accelerated and potentially irreversible impacts. Since then, the scientific community has become increasingly certain that these tipping points will occur within our lifetimes – in fact, some of them may have already passed. Slowing the worst effects of climate change will require drastic and immediate action to reduce carbon emissions. Action on the scale and timeframe required is not possible under capitalism, which unfailingly prioritizes the profits of big corporations over everything else. The only way to slow the worst effects of climate change is to build an independent mass movement of workers and youth fighting for an end to fossil fuel extraction, for a Green New Deal, and ultimately for a socialist transformation of society.

Points of No Return

There are three key tipping points that scientists have been warning about for decades which will have dire consequences if passed.

One of these tipping points is the melting of the West Antarctic ice sheet. Ice shelves at the edges of the Pine Island and Thwaites Glaciers are structurally weakened and at risk of disintegration because of global warming. If these ice shelves break apart, the ice they’re holding in place would flow freely into the sea, rising sea levels by 1.5 and 4 feet respectively. If the entire West Antarctic ice sheet collapses, sea levels would rise by 10 feet, displacing over 12 million people in the United States alone and submerging almost the entirety of New Orleans. Scientists fear that this tipping point may have already passed, as Arctic sea ice melted “faster in the spring of 2020 than since the beginning of records.”

Another major tipping point is the transformation of the Amazon rainforest into a savannah, which will likely occur if between 20-40% of the rainforest is destroyed. Already 20% has been completely cleared. This would be devastating to the 30 million mostly indigenous people who depend on the reliable rainfall produced by the forest, and would also result in a significant loss of biodiversity. The Amazon’s transformation into grassland would lead to more drought and thus increase the risk of wildfires. Its dry season has expanded by a month over the past 50 years.

A third critical tipping point is the potential collapse of the Gulf Stream, which transports 20% of the excess heat that accumulates at the equator towards polar regions in the Northern Hemisphere and also plays a key role in determining weather patterns. This current is slowing down at an alarming rate, and is projected to decrease its speed by up to 45% by 2100 despite already moving at its slowest rate in at least 1,600 years. Climate scientist Tim Lenton warns that the continued slowing down of the Gulf Stream would wreak havoc on weather patterns in the Northern Hemisphere and cause an escalation of extreme weather, possibly within this century: “Western Europe would have to try and adapt to a completely different climate. Major monsoons could shift, in a bad way, e.g. in India and West Africa.”

Taken separately, each of these tipping points represent an alarming escalation of the climate crisis. But what is even more concerning is scientists’ prediction that cascading effects might be common, i.e. that one tipping point could trigger others. For example, the Amazon rainforest serves as a repository for a staggering 100 billion tons of carbon, much of which would be released directly into the atmosphere and thus increase the planet’s temperature if the rainforest were to become grassland.

In recent years, climate scientists have become increasingly certain that these tipping points will occur – and soon. Tim Lenton argues that “the intervention time left to prevent tipping could already have shrunk towards zero, whereas the reaction time to achieve net zero emissions is 30 years at best.” While this has the potential to be catastrophic, recent research suggests that it might be possible to temporarily exceed these tipping points without causing permanent damage.  However, if drastic measures are not taken soon, disaster remains inevitable.

Leaders of the world’s wealthiest countries walked away from the G7 summit in June having agreed to a number of half-hearted pledges, promising to phase out sales of fossil fuel-powered vehicles and end the use of coal, without setting a date by which either of these goals must be met. They also put forward a proposal for a network of railways and solar farms in Africa so lacking in detail that former French climate negotiator Laurence Tubiana described it as “a plan to make a plan.” At the summit, G7 leaders reaffirmed their commitment to collectively dedicate $100 billion per year to help poor countries reduce carbon emissions and adapt to global warming. When this pledge was first made back in 2009, 2020 was established as the deadline for developed countries to meet their $100 billion target. They fell short, contributing less than $80 billion in 2019, and have now opted to simply continue pushing back the deadline with no real accountability.

The root of all of this political inaction is that politicians under capitalism overwhelmingly serve the corporate interests of “their” nation state. In the era of deglobalization and growing protectionism, capitalism is unable to provide the type of international cooperation and pooling of resources that is needed to address the crisis. The nation state and “national interests” are the single biggest obstacles to getting something done. Environmental destruction has, for them, been an unfortunate but necessary byproduct to expansive growth and profit-making. Only now that the climate crisis threatens the stability of society and profit-making itself are politicians and major corporations starting to take any action, but on the basis of capitalism it will be too slow.

Biden and the Democrats are No Friends of the Environment

After having the U.S. re-enter the Paris Climate Agreement early in his presidency, Biden has done essentially nothing to put the U.S. on track to reach these goals. He essentially removed all pro-climate components from his infrastructure plan under the guise of bipartisanship, despite the fact that the Democrats’ control of the House and Senate would allow the bill to pass without Republican support.

The fact that Democrats, with their control of the White House and both halls of Congress, have not already passed robust climate legislation given the severity and immediacy of the crisis is an abomination. As the historic largest emitter of greenhouse gases, and a country that is home to massively powerful corporations with endless resources, there is absolutely no excuse for inaction, and collaboration with climate-denying, reactionary Republicans is certainly not a good one.

We can’t rely on Democrats to stop the U.S. from pushing the world over the 1.5°C threshold and triggering numerous potentially irreversible tipping points – instead, we must build a mass movement of students and working people, independent of the Democratic Party. On September 20, 2019, over four million people participated in the world’s largest climate strike, inspired by Greta Thunberg’s “Skolstrejk for Klimatet” (School Strike for Climate). We need more actions like these in schools and universities across the world, involving not only students but teachers and school staff as well.

Sunrise Movement, which first gained national attention for leading a sit-in in House Speaker Nancy Pelosi’s office in 2018, is currently organizing to win a Civilian Climate Corps, modeled after the New Deal era’s Civilian Conservation Corps, which would provide green jobs starting at $15/hour as well as funding for education and long-term career opportunities. Sunrise has staged protests in D.C. and is discussing an escalation of these plans, which is very positive. AOC who has worked with Sunrise in the past, should urgently join the call and ramp up pressure on the Biden administration to act.

Youth and Workers Must Unite to Slow the Climate Crisis

In order to win a full Green New Deal – let alone a transformation of society away from parasitic capitalism – we must build a fighting, mass movement independent of the Democratic Party. Sunrise failed to recognize this in 2020, when they quickly pivoted to campaigning for Joe Biden after Bernie Sanders shamefully dropped out of the presidential race, and proudly embraced an approach of collaboration with Democratic Party leadership. Sunrise’s approach is exemplified by executive director Varshini Prakash’s taking up a position on the advisory board of Biden’s climate task force. In order to put real pressure on the political establishment to begin to undertake the mammoth task of a complete halt of fossil fuel extraction, and full and total transition to a renewable-run society, Sunrise and other climate organizations must recognize that the Democratic Party are not their allies and instead take a fighting approach.

This has to be organized in the form of a mass movement that involves both workers, especially workers in currently polluting industries, and young people. As Congress debates the contours of what will likely be a wholly inadequate infrastructure package, we should begin planning major demonstrations and direct action to demand meaningful climate legislation. Any Congressperson who refuses to support it should be the target of protests and occupations.

Alexandria Ocasio-Cortez and other members of “The Squad” should support and build this work, like AOC did when she joined Sunrise for their 2018 occupation of Pelosi’s office. They should also withhold their votes on the Biden infrastructure package unless it includes significant climate protections, just as Democrat Joe Manchin has consistently done to hold up progressive legislation in the Senate.

Unions should organize alongside youth organizations for days of action for the climate, with the demand for guaranteed green jobs at the forefront. A starting point to cohere a movement like this could be a national climate conference that brings together youth climate strikers, union members, and working people more broadly.

Ultimately, the climate movement must fight for more than just immediate demands. The kind of political action needed to slow the effects of climate change in any meaningful way is fundamentally incompatible with the system of capitalism, which prioritizes the billionaire class’ boundless drive to increase their short-term profits over the finite limits of what the planet can handle.