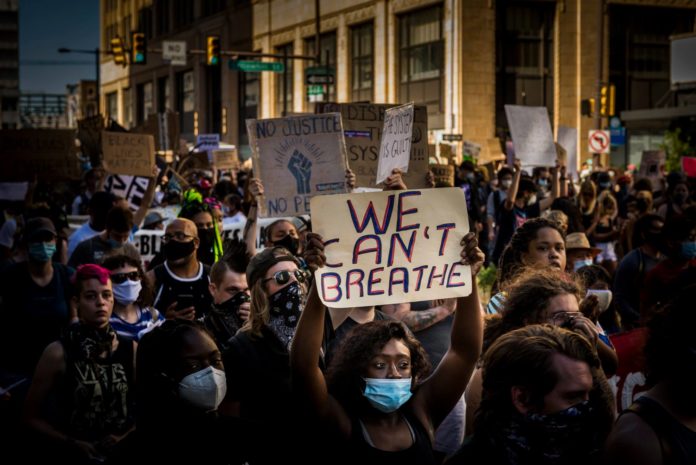 Interview with Eljeer Hawkins, member of Socialist Alternative’s Black Caucus, launched in May to shed light on the history of the radical Black socialist tradition and help build a multi-racial struggle against capitalism and racial oppression. Follow along on Instagram @blackcaucus_socialistalt.

1. Where does the Black Lives Matter movement stand one year since George Floyd’s murder?

May 25 marked the first anniversary of the global rebellion following the murder of George Floyd by convicted former law enforcement officer Dereck Chauvin. Our struggle against racial oppression and law enforcement is at a critical crossroads as big business has gone on the offensive to co-opt the movement and its demands. The Black Lives Matter Global Network is in a crisis, lacking independent radical leadership and democratic accountability. The lives of Black workers and youth are still under threat from poverty, racism, and law enforcement terror.

2. How has Socialist Alternative participated in anti-racist struggles over the past year?

Throughout the country, Socialist Alternative has engaged in several crucial struggles like stopping a new police station from being constructed in Pittsburgh, fighting for community control over the police in Philadelphia, and participating in a coalition to defund the police in New York. The work of independent socialist Seattle city councilmember and Socialist Alternative member Kshama Sawant has been tremendous in holding up the BLM banner through progressive legislation like banning the use of chemical weapons by the Seattle Police department against BLM protesters. We believe this is the best way to commemorate the lives lost to law enforcement terror and their families, by challenging the system of capitalism and racism.

3. What are Socialist Alternative’s plans in building BLM in the coming year?

Socialist Alternative has launched an exciting new project to build a Black caucus to engage radicalizing Black workers and youth who want to dismantle racial oppression and capitalism. We aim to introduce into the movement the radical Black socialist tradition that dates back to the early 1900s rooted in internationalism, workers’ solidarity, multiracial class struggle, and organizing.