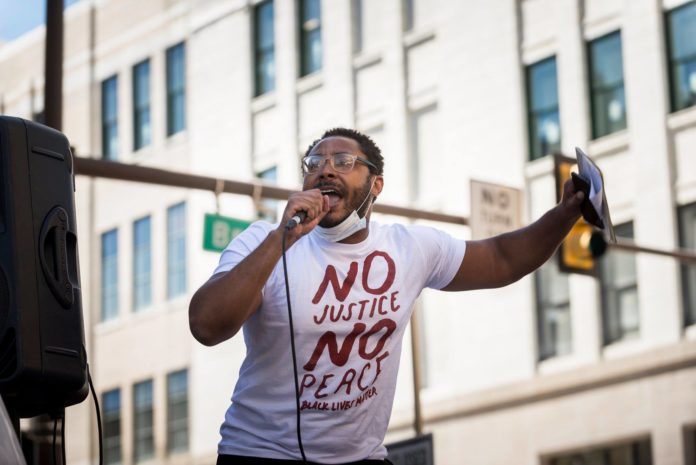 As the verdict was being announced in Derek Chauvin’s trial, 16 year-old Ma’Khia Bryant was killed by the police in Columbus. The same week, bodycam footage was released of Chicago police’s killing of 13 year-old Adam Toledo, and another Black man, Daunte Wright, lost his life to police terror just miles away from the courthouse where Chauvin was being tried. Despite the limited victory won by the movement in the form of Chauvin’s conviction on all charges, these ongoing killings have laid bare the horrors of American capitalism. Beyond rampant law enforcement violence and right-wing vigilantism, Black people in the U.S. are subject to crumbling social services, a lack of decent health care and housing, and discrimination at every level of society. These horrific conditions laid the basis for the multi-racial Black Lives Matter rebellion last summer.

In the process of building an enduring struggle against racism, there will need to be dynamic debates and discussions. We will have to confront a number of key questions: Who are our real enemies? Can we trust virtue signalling from corporations? What is the role of the multiracial working class in our movement?

To most effectively participate in these debates and discussions, and to build the movement for Black liberation, Socialist Alternative is proud to announce the creation of the Black Caucus of Socialist Alternative! The Black Caucus will strive to shed light on the history of the radical Black socialist tradition represented by Hubert Harrison, Claudia Jones, CLR James, Walter Rodney, and Fred Hampton.

We seek to draw out this history as a means to inform our struggle today. This caucus will be hosting both public discussions as well as internal educational events on a broad range of topics from how to build a movement to achieve justice for victims of racist police brutality, to why a Marxist approach is essential in building a multi-racial struggle against capitalism and racial oppression. Follow us on Instagram at @blackcaucus_socialistalt to stay up to date!