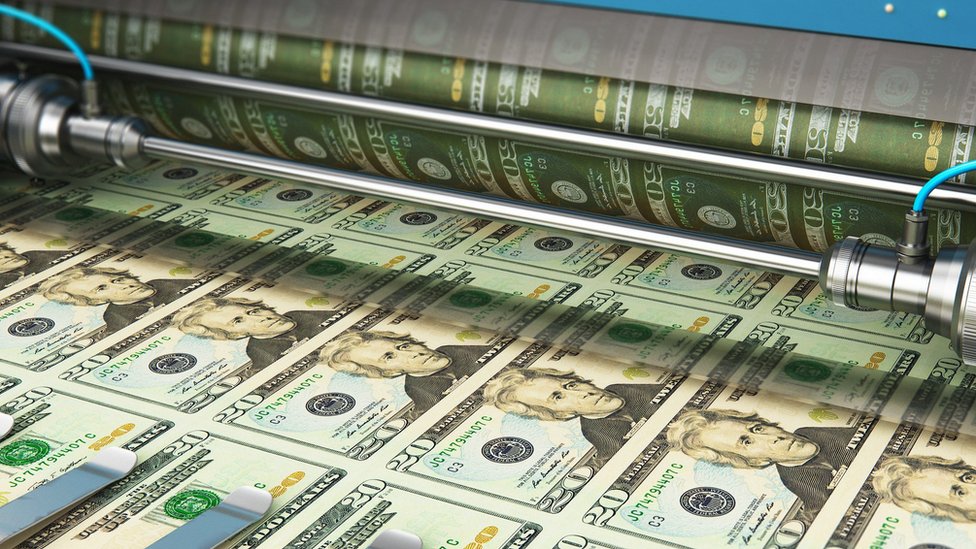 Evidence is accumulating that, after a massive contraction in the global and U.S. economy in 2020 triggered by the pandemic, a significant recovery is underway. The estimated global slump of 3.3% in 2020 was unprecedented since the 1930s, leading to devastating consequences with loss of jobs and food insecurity for hundreds of millions around the world while the billionaires got even richer. But it is now projected by the IMF that the world economy will grow by 6% in 2021 while in the U.S. the economy will expand by an astonishing 6.4%.

While the reopening of the economy is widely welcomed by ordinary Americans after a year and a half of restrictions, the rebound is also extremely uneven and likely to be short-lived. It is another phase in a period of extreme instability for capitalism.

First of all, we need to ask why the recovery is happening on this scale? The key factor is the “pent up demand” in the economy, that is the ability and willingness of businesses and consumers to spend. This is primarily due to the unprecedented $5 trillion in stimulus spending beginning in March 2020, which is equal to over 23% of yearly GDP. Additionally, during lockdown, millions – particularly in the middle class – were able to work from home and saved money as a result. Of course, at the same time, millions of working people were going to food banks and facing catastrophic debt. Finally, a crucial element in the U.S. is the pace of vaccination which is one of the highest in the world.

The signs of recovery are many. Domestic air travel has recovered close to pre-pandemic levels, pointing to a resurgence of domestic tourism this summer, leading to more hotel bookings. People are returning to bars and restaurants. There is an increase in sales of cars.

But in recent weeks, there has been increasing talk of the economy “overheating,” especially with the sharp increase in inflation in April to 4.2% from a year earlier. The spike in inflation is directly related to bottlenecks and shortages on the supply side of the economy. Shortages of microchips have led to auto assembly lines being temporarily shut down; shortages of lumber and steel have directly contributed to the highest increases in home construction prices in 15 years. Then of course there is the much discussed “labor shortage” which Republicans are blaming primarily on the $300 unemployment benefit top-up which is allegedly leading people to choose not to seek work.

The Debate about Inflation

More broadly, the Republicans, some economists, and a section of big business are trying to put the brakes on further spending by saying the government has put too much money into the economy already. They point to the danger of an “inflationary spiral” as in the 1970s. One reason the bosses fear inflation is that it can spur wage demands and strikes.

The Biden administration and the Fed, along with many economists, believe that the current spike in inflation is due to temporary factors which will resolve themselves. They state that some degree of inflation is not a problem when inflation has been so low by historical standards in the last period. More broadly they argue that it is necessary to continue to provide support to an economy which still has 10 million fewer jobs than before the pandemic and which is being resuscitated from a “medically induced coma” as one White House official put it.

The Republicans’ real goal in talking up the “inflation threat” is to put the brakes on further spending programs. Their main target is Biden’s proposed $4 trillion for infrastructure and social programs over ten years, spending which is actually completely inadequate to address the multiple crises facing working people. They are particularly opposed, along with the Chamber of Commerce, to Biden’s proposals to raise corporation tax and taxes on the wealthy to pay for the further spending.

What Will Happen Next

While Janet Yellen, the Treasury Secretary, and Jerome Powell, the head of the Fed, could be right that the supply side problems pushing inflation will mostly be temporary, they may still be underestimating how far this spike can go even in the short term. If inflation continues to escalate during the coming months, the Fed may be forced to raise interest rates.

With increasingly volatile financial markets, an interest rate hike could be the trigger of a financial crisis which is the clearly indicated next step of the longer-term crisis. In such a precarious economy, this would likely trigger another major recession. There are a number of asset bubbles waiting to burst including in corporate debt, stock prices and to a degree in housing. The recent sharp downturn in cryptocurrency values is a warning of what is to come.

No Way Out Under Capitalism

As we have pointed out a number of times, the ruling class only turned to massive “Keynesian” (referring to economist John Maynard Keynes who inspired the New Deal) type measures because of the scale of the crisis their system faced. Without these measures, we would currently have 25% unemployment and mass destitution.

However, printing money indefinitely as the Fed has been doing to prop up markets, or racking up debt to levels not seen since World War II, is not a sustainable policy. Neo-Keynesians like the supporters of Modern Monetary Theory advocate printing money for social programs until the economy reaches full employment. But the temporary success of such measures is based on keeping inflation and interest rates near zero which – as we see – is already undermined.

On the other hand, any attempt to return to the neoliberal austerity policies of past decades in the name of keeping inflation low as the Congressional Republicans seem to wish would lead to social upheaval as it has in other parts of the world. Biden’s policies are massively popular, including with many working class Republicans.

But all the talk about FDR and the New Deal as inspiration for Biden obscures the fact that the New Deal at best mitigated the effects of the Great Depression and was in no way a solution. While there are many differences between the situation today and the 1930s, the key similarity is that the capitalists then and now have no straightforward path towards stable growth. It took the command economy and massive spending of World War II to finally pull the U.S. out of the Depression and the devastation of the war to restart the engine of capitalist growth internationally.

Today, U.S. capitalism faces a multiplicity of problems and crises including enormous indebtedness, low productivity growth, the challenge of Chinese imperialism, but most of all the looming climate catastrophe. Politically, extreme polarization threatens capitalist democracy, as does, in a different way, the growth of powerful tech monopolies.

Even before the pandemic, it was clear that the capitalists were not willing to invest in expansion of production and instead poured their profits into the financial market casino. Now they are moving towards increasing state intervention to shore up “strategic” sectors in their global competition with China and other powers. But while state intervention could boost sectors of the economy, the conflict with China will also have adverse effects on the world economy.

The only way out of this dead end is to get rid of capitalism itself. The multiracial, multigender working class is the only force with the social power to do this. But while working people are extremely angry at the system and willing to fight, they are not organized. An upturn, even of short duration, is an opportunity to develop the fight for higher wages. Already, with many workers refusing to return to horrible low wage jobs, some corporations have raised wages. Unions should seize on this opening in order to strengthen the labor movement for the battles ahead. We need to build fighting unions and a new political force independent of both capitalist parties that can begin to mobilize and galvanize the anger into a direct challenge to the bosses’ system.