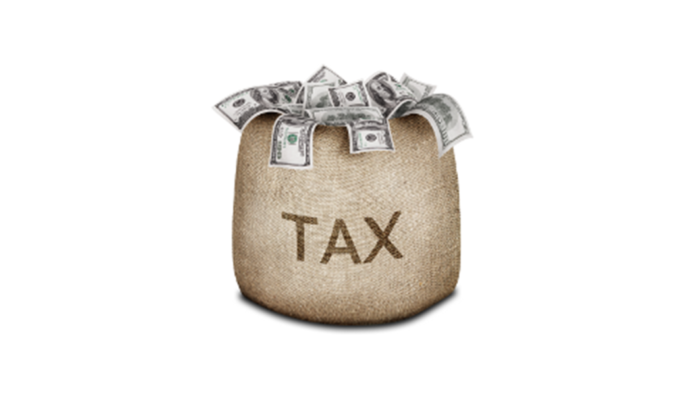 Biden, the IMF and Taxes — A Socialist Response

Why are the IMF, Joe Biden and the UK government, among many other capitalist institutions and governments suddenly advocating increased taxes? And will such measures solve any of the accumulating problems in the capitalist economy?

Within a short space of time, the following proposals have been announced:

How big a political change do these proposals mark? Here is one comment to illustrate the answer:

“The other week I caught sight of a headline declaring that the IMF was warning against cuts in public spending and borrowing. The report stopped me in my tracks. After half a century or so as keeper of the sacred flame of fiscal prudence, the IMF was telling policymakers in rich industrial nations they should not fret overmuch about huge build-ups of public debt during the Covid-19 crisis. John Maynard Keynes had been disinterred, and the world turned upside down.

“This was the IMF speaking… This is the organization that in the intervening years had a few simple answers to any economic problem you care to think of: fiscal retrenchment, a smaller state and/or market liberalization. The advice was heralded as the Washington consensus because of the IMF’s location.” (Philip Stephens, chief political commentator, Financial Times, 19 February)

It is also telling that these proposals come primarily from the same parties and governments that started the neoliberal wave in the “advanced” capitalist countries, the US and Britain in the 1980s and 90s. Biden’s plan means the first tax increases in the US since 1993.

Why is This Happening?

In the words of the OECD: “In 1980, corporate tax rates around the world averaged 40.11 percent… Since then countries have recognized the impact that high corporate tax rates have on business investment decisions so that in 2020, the average is now 23.85 percent.”

The OECD reiterate the claimed motive of neoliberal tax cuts for the rich, to set “business investments” free. In reality, the attacks on public sector finances of which these tax cuts were part, alongside reducing wages and worsening working conditions, was the capitalist class waging class war against the working class, in order to increase their profits.

This “liberation” of market forces never achieved the goals of stability, growth and better lives for all which these politicians promised when talking to a mass audience. Instead, it offered a record rise in inequality, destroyed welfare where it had existed and accelerated an existential climate crisis. Already, around 20 years ago, this system was questioned by a movement against capitalist globalization.

The financial crisis in 2008–09, followed by the “Great Recession”, underlined the fragility of the system. Ideas such as the “Tobin tax” on financial transactions and similar proposals from the economist Thomas Piketty reflected a growing realization among capitalists and politicians that something had to be done. Some billionaires started to advocate increased taxes and even the IMF warned against inequality.

But no government broke the pattern. Austerity for the people and billions to the rich was the medicine of the 2010s. This created wave after wave of struggles and movements of workers and the oppressed over the course of that decade. As it drew to a close in 2019, a wave of mass revolts spread through the planet, which has continued since, with only a short break when the pandemic started.

Therefore, this turn in government policies has the following basic reasons: 1) The complete failure of the neoliberal ideology of the previous decades to stabilize the economy. 2) The fear of discontent and mass revolts from below, further undermining capitalism and its political parties.

Of course the pandemic and the crisis it triggered played an important role. Massive state intervention in most countries was needed to avoid a total economic collapse. Companies were paid to not go bankrupt and even workers got some money, especially in the US, to keep up consumption (which counts for 70% of the US economy).

The OECD explains: “Estimates for the OECD as a whole in 2020 suggest an increase of 5 percentage points of GDP in the primary deficit adjusted for the economic cycle (a measure of the fiscal stance); and an increase of nearly 17 percentage points of GDP for gross public debt.” Average debt for G20 states increased from 82.1 percent of GDP in 2019 to 103.2 percent in 2021.

“Without those fiscal and monetary measures, the global contraction last year would have been three times worse. This could have been another Great Depression,” IMF managing director Kristalina Georgieva commented.

For over a decade, the OECD and G20 countries have negotiated to find global solutions to tax competition between governments. Differences in corporate taxes, despite being cut everywhere, are still big. From Barbados (5.5%), Hungary (9%) and Ireland (12.5%) to France (32%) and many African and Latin American countries at around 35%. There are also those with zero taxes, tax havens such as Cayman Islands, Jersey, United Arab Emirates and others.

The website and NGO, “Global Alliance for Tax Justice”, estimates that “Countries are losing a total of over $427 billion in taxes each year to international corporate tax abuse and private tax evasion, costing countries altogether the equivalent of nearly 34 million nurses’ annual salaries every year — or one nurse’s annual salary every second.”

Tax evasion schemes have been exposed by, for example, the “Panama papers”, leaked in 2016, which showed the involvement of well known major banks and companies. Companies engage in all sorts of transactions and maneuvers to hide the full scale of their profits to avoid taxation. Tax haven are wide open for criminals and money laundering.

The tax war between countries has long been described as a race to the bottom. Less income for the public sector inevitably assists right-wing governments that want cuts and privatization. The US had a 35 percent corporation tax rate, but Trump and the Republicans lowered it to 21 percent in 2017, just below global average. The increase proposed by Biden, to 28%, therefore is only restoring it to half the previous level.

In Europe, the EU has been a main vehicle for neoliberalism, pushing through privatizations and deregulation. Within the EU, tax competition and other competition has continued. When the EU commission ordered Apple to pay 13 billion euro in taxes to Ireland, the Irish government refused to accept it, stating that Apple had already paid “the correct amount”. The Socialist Party (ISA in Ireland) pointed out how low taxes for big business was accompanied by sharp austerity for working people.

What can Biden achieve?

The US tax increase proposed by Biden is supposed to increase state income by 2 to 2.5 trillion dollars. Since this is over a period of 15 years, it is actually a modest increase. It can be compared with the value of the US stock market, which is over 50 trillion dollars.

The international proposal by Biden was circulated to 135 governments as part of the OECD tax negotiations. They have received positive responses from Berlin and Paris, and a final proposal is supposed to be ready by the summer.

The proposal includes what the OECD names as two pillars: 1) a global minimum rate of corporation tax at 21 percent and 2) a proposal that multinationals should pay taxes in relation to sales in each country. The latter was a no-go for Trump, who preferred continued tax cuts. Biden’s proposal, even if it means Google or Microsoft paying more taxes in some countries, is a way to avoid so-called digital taxes on different levels implemented by national governments.

A global minimum would also increase tax income in the US as there would be less reason to move headquarters abroad for tax reasons, and for US businesses abroad which today pay 10.5 percent in taxes. There is a strong nationalist element in Biden’s seemingly “global” proposal. Other new policy announcements by Biden, such as carving out a bigger role for the state and plans for infrastructure investments are also part of the new cold war with China.

This global proposal is also very modest. It will benefit richer countries and do nothing to stop global inequality rising. It covers only less than ten percent of the 2,300 companies in the OECD’s original plan for global taxes.

Biden’s short term popularity arising from his stimulus packages and the recently more positive prognosis for the US economy give him some advantages. Still, the Republican right alongside at least part of big business will oppose his plan. And of course, many governments will have objections about a global tax rate, especially in a period of increasing nationalism from capitalists and political parties.

The IMF’s proposals are also limited, although they signify a change of course. What the IMF proposes is a temporary, limited tax for super profits made during the pandemic.

Vitor Gaspar, the IMF’s head of fiscal policy, said “Vaccination is likely to be the global investment project with the highest return ever considered”. With so many affected negatively by the crisis a “solidarity tax” on extraordinary profits would have a “symbolic impact”, he said.

While the IMF also has made positive comments about wealth and inheritance taxes, both the fund and the OECD proposal underline that any support measures and state expenditure will be temporary. Working people should not get accustomed to state assistance.

High taxes are often described as socialist policies by politicians and the media. And of course, we are in favor of increased taxes for billionaires and big business. At the same time, we warn of the limitations of a policy of increased taxes.

In Biden’s case, positive measures such as extra child benefits are made from above. The message is, “The president is taking care of the problem, no need for a democratically organized mass movement”. All measures under capitalism are temporary, and in this case, there is even an explicit time limit on the measure: September or December 2021. While Biden proposes to make this benefit permanent, there were in fact no long term gains for working people in the $1.9 stimulus bill passed in March.

Increased taxes will not just be accepted silently by companies and the rich. They will hire thousands of tax evasion experts and they will increase prices or cut wages to shift the burden onto the working class.

Sweden was for a period, roughly 1945–80, seen as a model where increased taxes and public welfare improved the lives of workers. But that came to an end, because the taxes did not change the real balance of economic power and ownership. The capitalists were able to hit back, because social democracy stayed within the framework of capitalism. A “social market economy” a la Piketty is impossible.

It is true that relatively mild tax increases would be enough to pay for cheaper housing, higher pensions, funding to schools and hospitals etc. But any such moves under capitalism are temporary. The bill will eventually be placed on workers and poor, within the country and internationally.

The recent change in policy will not save capitalism from crisis. National tensions and contradictions, massive debt and the danger of inflation later on will add to all the other factors causing crisis for this system.

Socialists are not cheerleaders for politicians who increase taxes. We support positive reforms, and we prepare for struggles to defend and improve them. In the coming year, it is likely that politicians will be met with problems when they want to abolish temporary measures of assistance to working people.

We understand the need for political parties of the working class, and mass, democratic social movements that fight for a change of system, to abolish capitalism and establish democratic socialism.

To control big business, the Amazons and Bezoses, with taxes is as difficult as stopping the climate crisis by attempting to control the private oil companies. For socialists, taxing private wealth is not enough, the key question is the ownership of wealth. To take real power over the economy, the nationalization of big business is necessary, under democratic control by workers and poor, and in real international cooperation.