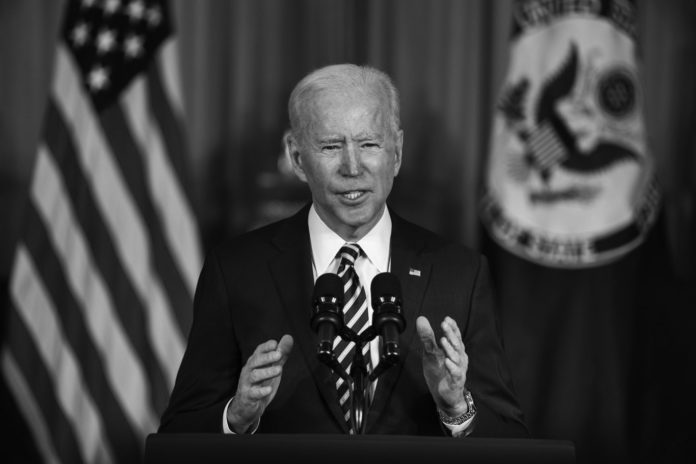 The conflict between a rising Chinese state capitalism and waning U.S. capitalism has emerged as the defining global conflict of our time. Under Trump, the U.S. imposed massive tariffs on China, banned the technology company Huawei, and engaged in an ferocious war of words with the so-called “communist” regime.

After only a few weeks, it is very clear that the Biden administration will not return to the policy of “constructive engagement” with the goal of making China a “responsible stakeholder” in the global capitalist order.

The shift of U.S. policy over the past four years was not just about Trump; there is a broad consensus in the American ruling class that they need to challenge the rise of Chinese power.

There will be a shift in rhetoric more than a shift in content under Biden. Instead of promoting “U.S. First” like Trump, he is planning to convene a “democracy summit” of key countries, effectively an anti-China summit. This attempt to reassert “American leadership” poses challenges given the chaos of the past year with the ruling class completely mismanaging the COVID pandemic and Trump then trying to stage a coup to prevent Biden taking office. The prestige of U.S. imperialism has been badly damaged to say the least. Meanwhile the Chinese regime – after its own drastic failures at the start of the pandemic in Wuhan – has contained the virus and is the only major power to end 2020 with at least some growth in their economy.

But Biden is seeking to redefine the issue and be (for the U.S.) a bit less arrogant. On February 4, he gave a speech at the State Department where he said: “the American people are going to emerge from this moment stronger, more determined, and better equipped to unite the world in fighting to defend democracy because we have fought for it ourselves.” This is a clear reference to putting down Trump’s threatened coup on January 6.

Biden is taking a sharper approach to Putin and using alleged sympathy with the masses in the streets of St. Petersburg, Moscow and other cities as cover for reasserting the interests of U.S. imperialism. The administration also claims rather half-heartedly to be on the side of the people against the coup in Myanmar and is distancing itself from the Saudi monarchy and its vicious war in Yemen.

What Lies Behind the Facade

Can Biden use this approach with success to regain the initiative in the conflict with China? This can’t be ruled out.

The reactionary, anti-working class nature of the “communist” dictatorship in China is very clear when it is attacking trade unions, suppressing any element of democratic rights in Hong Kong, and putting hundreds of thousands into “reeducation camps” in Xinjiang. The American media does not lose an opportunity to expose the brutality of the CCP regime. But it is the job of socialists to expose what lies behind the democratic pretensions of U.S. imperialism.

They are only committed to democracy, really a democracy for the rich, insofar as it serves to maintain capitalist rule inside the U.S. and as a cover for the assertion of their economic and strategic interests globally. They will not hesitate to support dictatorships and slaughter as in Indonesia in 1965, Thailand 1976, and South Korea 1980 when this is seen as necessary to stop revolution. They will also not hesitate to attack workers rights and democratic rights here at home when they deem that necessary.

The new Secretary of State, Anthony Blinken, said at his Senate confirmation hearing that the Trump administration was right to stand up to China. He has also said he agreed with Pompeo calling CCP policy in Xinjiang “genocide” against the Uyghur people, a term that has been used by imperialist powers as a pretext for war and regime change.

International Socialist Alternative supports the legitimate struggle of the Uighurs and other oppressed people against vicious state repression and widespread use of forced labor. U.S. capitalism does not care about their plight. They are pawns on a chess board. Of 49 countries identified as dictatorships in 2015 by the pro-U.S. think-tank Freedom House, the U.S. government provided military support to 36 of them – that’s 73%.

How the Conflict Will Develop

Meanwhile Xi Jinping has adopted an aggressive posture to test Biden. For example, the Chinese air force recently simulated an attack on the U.S. aircraft carrier USS Theodore Roosevelt in a military exercise in Taiwanese waters.

Of course we cannot exclude a truce being reached at some point between the U.S. and Chinese regimes but the underlying dynamic of this conflict points to it playing out over decades, not years. It could, under certain circumstances, also heat up and lead to actual military conflict although a full scale war remains very unlikely due to the massive nuclear arsenals of both countries.

But at the same time the internal crisis in both China and the U.S. will go on, driven by the crisis of global capitalism. The attempt of the American ruling class to reassert itself globally and push back against the rising power of China, while it may produce some results, definitely has limitations.

The U.S. is still the strongest power globally in economic and military terms. But it has been in decline since the 1970s. There is no road back to the dominant position it held at the end of World War II when other capitalist powers lay in ruins. Nor will they be able to defeat China the way they stopped the rise of Japan 30 years ago. China presents a much bigger challenge.

While one side or the other could “win” in the end, it will only be at enormous cost to both. The likely perspective is that the longer this conflict goes, the more it will weaken and undermine each superpower. This will in turn exacerbate the crisis of capitalism in both countries and strengthen both revolutionary and counterrevolutionary dynamics.

Trump talked about the “China virus” to distract from his criminal negligence during the pandemic. This contributed directly to a wave of racist attacks on Asians in the U.S. in the spring. There are now reports of a new wave of attacks. Xi Jinping meanwhile uses nationalist rhetoric to distract ordinary people in China from massive inequality and an increasingly brutal dictatorship.

We stand for workers unity across the world against all the imperialist powers but here in the U.S. we first and foremost oppose the lying pretensions of defending democracy which are being used as a cover for reasserting the corporate elite’s interests. In order to defeat the capitalist class in China and the U.S. we need to build an international movement to fight for a global democratic socialist system, the only way to bring these conflicts to an end once and for all.