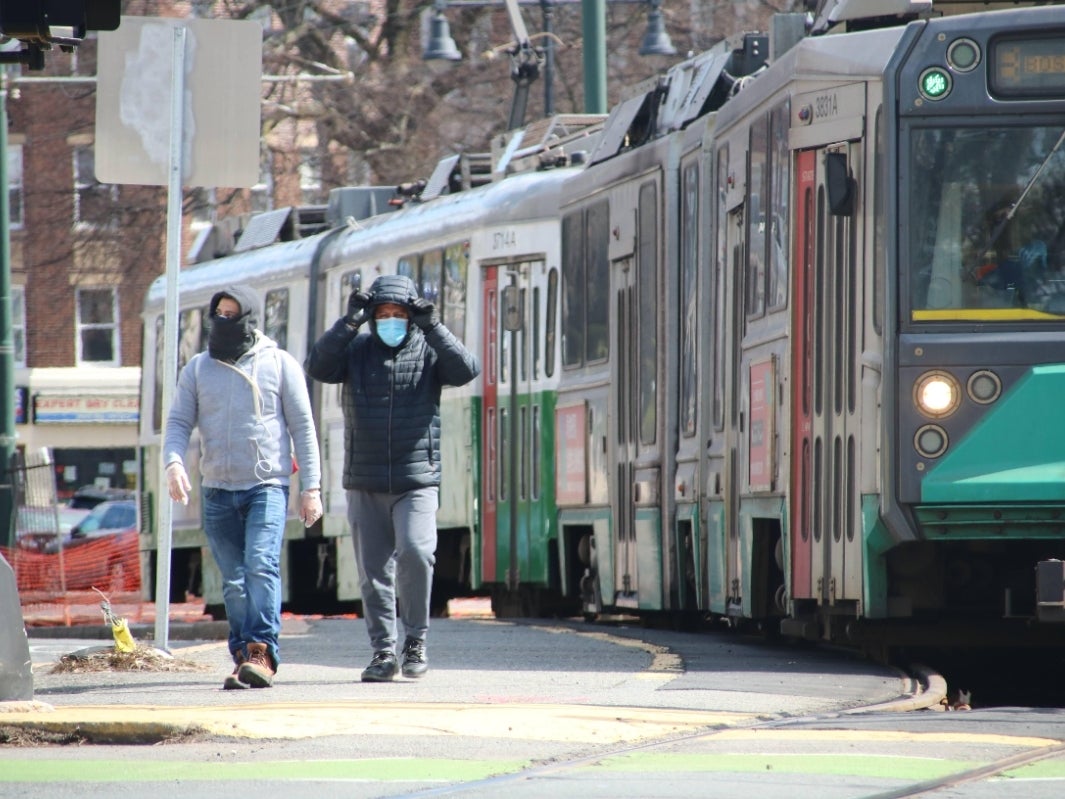 Ignoring public opposition, transit officials in Boston approved a sweeping set of service cuts on December 14, following a familiar playbook of establishment officials weaponizing a crisis against working people. With the pandemic exacerbating budget shortfalls across the country, Boston’s cuts to the Massachusetts Bay Transportation Authority (MBTA) are just one example of the attacks on public services that are to come.

Over the winter, the MBTA will eliminate twenty bus routes and weekend service on seven Commuter Rail lines, and it will further reduce frequency across all services. These cuts will disproportionately hurt essential workers who cannot work from home and rely on public transit to get to the hospitals, grocery stores and warehouses where they work. Crowded buses and train cars will put riders at increased risk of coronavirus exposure, while other workers will be stranded or forced to rely on expensive private rideshares.

MBTA workers will face layoffs, reduced hours, and increased exposure risk. COVID-19 cases continue to spike in Massachusetts, and Commuter Rail service — a service that is especially important as skyrocketing rents have forced many working class people out of the city and into the surrounding suburbs — has already been cut by more than half due to an outbreak among staff.

Attacks on Public Transportation Are Not New

While these service cuts are drastic, they are not unprecedented, and their roots stretch far deeper than the pandemic. The MBTA (commonly referred to as “the T”) has routinely implemented fare hikes, eliminated pensions, shortened routes, privatized infrastructure, and outsourced contracts.

An MBTA advisory body stated earlier in December that the agency overestimated its budget deficit and does not need to cut service. Meanwhile, during public meetings about the cuts, T officials dodged questions about dubious funding priorities like a $935 million contract to privatize fare collection.

These are tried-and-true tactics of the ruling class: intentionally weaken public services in order to justify funnelling ever more public money into corporate coffers. A recent poll revealed that a majority of Massachusetts residents do not believe cuts will be restored after the pandemic ends, showing their lack of faith in MBTA officials and legislators.

The current system operates a public service like a business, with executives like general manager Steve Poftak raking in salaries upwards of $300,000. None of its decision-makers are accountable to riders, workers, or local officials. Under this model, it’s no wonder that the T has seen countless derailments, fires, and unpredictable schedules that threaten job security for delayed workers. Inadequate public transportation forces those who can afford it into cars and rideshares, worsening air pollution when we desperately need climate action.

It doesn’t have to be this way. Despite widespread unemployment and economic devastation, Massachusetts billionaires grew their wealth by $17 billion in the first three months of the pandemic. Taxing billionaires and major corporations would allow us to shift the burden of funding an essential service off the backs of hard-hit workers who rely on it.

Public Transportation Should be Free

The demand for free transit resonates with working people, and it is entirely possible. Cities across the country are taking note.

Just an hour north of Boston, the city of Lawrence, Massachusetts piloted three free bus routes last year, boosting ridership and making a huge difference in low-income residents’ lives at little cost to the city. Other cities have had similar success with free transit programs, from Olympia, Washington to Kansas City, Missouri.

Even local officials like Boston city councilor and mayoral candidate Michelle Wu have called for free transit. However, with working people left stranded during the worst recession in a century and with the MBTA falling apart before our eyes, there has never been a worse time for a wait-and-see approach that relies on Democrats negotiating the fate of essential services behind closed doors.

Mayor Marty Walsh might have had his 2021 reelection in mind when he finally spoke out against the most extreme service cuts the MBTA initially put forward in early November. What establishment politicians like Walsh fear more than electoral challenges, though, is a mobilized working class — a groundswell of ordinary working people who are connecting the dots between attacks on public services and the city’s rich and powerful who have raked in record profits during the pandemic.

In January 2020, protests erupted in New York City for free transit and an end to over-policing at train stations. Some of their inspiration undoubtedly came from Santiago, Chile, where fare hikes months earlier sparked protests that cascaded into a working-class uprising that reverberated around the world.

Both of these events show the explosive potential of working people’s outrage at the ruling class. To transform that energy into real momentum, organized labor must join the struggle.

In 2005, transit workers in New York City laid down important lessons for workers and riders today. As contract negotiations broke down, some 34,000 members of Transport Workers Union (TWU) Local 100 walked off the job, bringing the world’s largest financial center to a grinding halt.

Despite tensions within the union and fierce opposition from billionaire mayor Mike Bloomberg, the illegal 60-hour strike forced the MTA to abandon its attacks on pensions and protect other benefits. Much of the general public, stranded in 20-degree weather, supported the striking MTA workers. The TWU members’ courageous fight renewed confidence for workers throughout the city and country.

In Boston, the layoffs and reduced hours that are bound to accompany the new service cuts underscore a long history of attacks on T workers much like those seen in New York and other cities. Unfortunately, the leadership of the Carmen’s Union Local 589 repeatedly fails to involve its members in a real fightback.

A rank-and-file mobilization of T workers organized in solidarity with stranded riders could swell into a formidable force, particularly if it takes up broad, fighting demands. Transit operators are, after all, essential workers who deserve hazard pay and safe working conditions, not crowded buses and subway cars. And as New York protestors underscored last January, even before the summer’s Black Lives Matter uprising, the fight for fully-funded public transit goes hand-in-hand with calls to defund the police and end racist state violence.

We can’t afford to play defense as the establishment threatens the already-inadequate T service we have. We need to go all out to fight for public transportation that meets our needs. We demand massive investment in safe, green infrastructure and free fully-funded public transit by taxing the rich and big business.

Until we take this public good out of the hands of corporate politicians who constantly privatize and cut service, we will be stuck fighting uphill battles for minuscule concessions. We need to take our public transportation into democratic ownership.

Under public ownership, democractic councils of transportation workers — who know better than anyone how the system runs and how it could improve — would replace unelected executives. Each elected councilor would make no more money than the average transit worker, and they would be subject to instant recall — ensuring their accountability to working people, not corporate boards and politicians. With profit and bureaucracy out of the picture, public transportation would be organized to meet the needs of people and the planet.

Tax the rich and big business! Billionaires’ wealth has ballooned while working people have borne the burden of a global pandemic. We need to tax the wealthy to fully fund transportation.

Green New Deal now! Far from laying off workers and cutting hours and benefits, we need to invest in a massive jobs campaign building safe, reliable, green infrastructure and expanding public transportation across the country.

Take public transportation into democratic public ownership! Public transit should be run by workers and riders, not by a handful of unelected and unaccountable bureaucrats and their corporate interests.