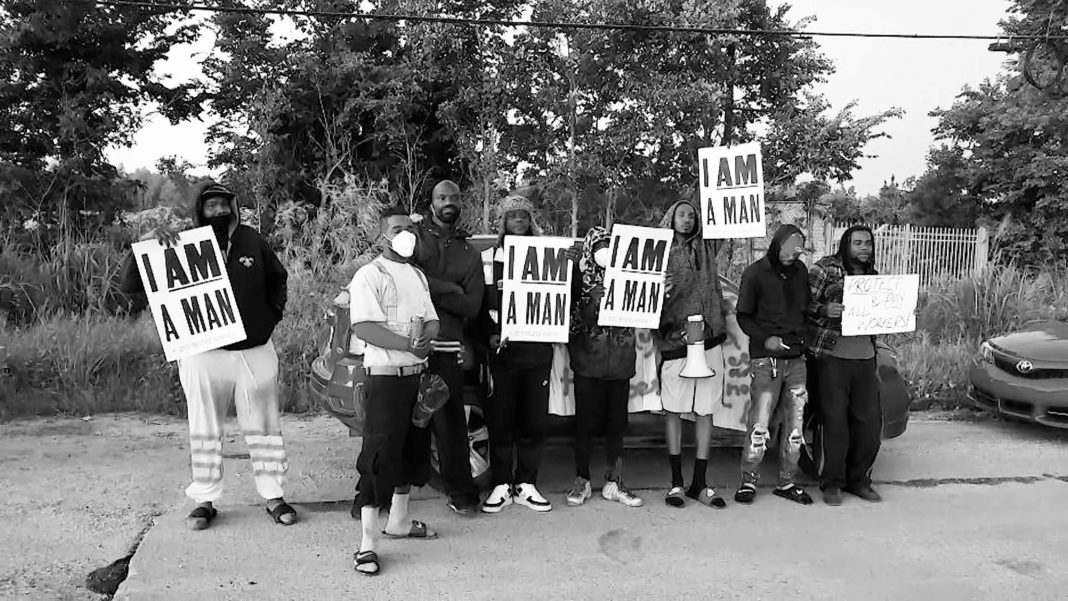 As the double blows of an unfolding global economic crisis and the Corona pandemic hammer working-class families, essential workers have taken action – including strikes and walkouts – to win hazard pay, sick leave, and on the job safety.

In some industries where unions have maintained a strong organized base they were able to secure agreements to protect their members from the worst aspects of the immediate crisis. Communication Workers of America (CWA), for example, bargained agreements with Verizon and other telecom companies, covering workplace safety, working from home, hazard pay, and up to 26 weeks of paid sick leave with full medical benefits. United Electrical Workers (UE) teamed up with the Democratic Socialists of America (DSA) and pivoted from Bernie Sanders campaign work to providing organizing support to essential workers opening up possibilities to organize the unorganized. The National Nurses Union (NNU) has been active through the course of the pandemic, publicly advocating for patients and protesting for better working conditions for health care workers. Some unions have initiated petition drives, protests, and call-in actions to politicians in support of essential workers.

However for many of us, union and nonunion alike, the institutional response has been inadequate to the task. While these agreements and campaigns are good first steps they have not mobilized a fraction of our capacity to fight and largely limited activity to appeals to politicians, public opinion, and the “better nature” of the bosses. They are bare minimum examples of what is needed and possible if more union leaderships took aggressive action in defense of our working conditions and the social impact of the pandemic.

For the most part, without pressure from unions – or self-organized non-union workers – employers have done the bare minimum legally required under shifting federal guidelines. These guidelines have continued to morph based on what is available and convenient for the bosses to enable continued production, instead of being based on science and what is needed to keep us healthy and stop the pandemic. This pro-employer attitude coming from the highest levels of government  has placed us all in jeopardy. On top of this, The Trump administration has blocked OSHA from enforcing health and safety policies specific to COVID-19, while “providing temporary enforcement flexibility for certain requirements” and relaxing its general enforcement of workplace safety in response to the national emergency.

For those of us who have been declared “essential heroes” and have been kept working outside the home during quarantine, it’s been a daily fight to stay safe and healthy. Hospital workers have been forced to work without adequate protective equipment, many becoming sick and some dying while they work exhausting overtime caring for critically ill patients. Transit workers, first responders, utility, and sanitation workers are reporting to work everyday to keep our cities running. Supermarket workers have stayed on the job stocking shelves and making deliveries for low wages, again with insufficient training, masks and safety procedures to protect their health. Meatpacking plants became dystopian hellscapes of blood, infection and death as workers afraid to call out sick collapsed on the job and were carried off the line on stretchers.

In many essential businesses, even those that paid hazard pay and sick leave, policies fell far short of what was needed to support a decent quality of life and protect the health and safety of employees and the public. The “standard” 14 days of paid sick leave established during the shutdown is inadequate for an illness that can take 30 days or more to run its course through our bodies. Many “heroes” who have contracted the virus have used up their sick time and have been forced to take unpaid leave while they rack up medical bills.

While the wealthy have been “sheltering in place” enjoying some quiet time for reflection, the big business owners have been clamoring to reopen the economy no matter the risk to working people’s lives. Meanwhile, working families have been forced to juggle homeschooling, child and family care responsibilities, and the increased stress of securing food and other essentials under quarantine, all while “working from home” if they are lucky enough to still have a job. Millions of us were summarily laid off when “non-essential” businesses closed in response to public health social distancing requirements, losing both income and our health benefits.

On top of the economic pressure, and constant fear and worry about paying the bills and getting sick, we are cruelly separated from our friends and loved ones. We can’t meetup for coffee or go to a bar after work to unwind. We can’t even just hang out with friends and enjoy casual social contact. Quarantines and social distancing are taking away all the things that make our lives worth living and impacting our mental and physical health.

But where unions have taken action, small but significant gains have been won. TWU Local 234 in Philadelphia was hit hard by COVID-19. Over 250 public transit workers have been infected and at least seven have died. After weeks of patiently attempting to negotiate with the local transit agency to get busses and trains cleaned, and better quarantine protocols for workers – among many other issues –  the frustrated local union president threatened  job actions in an open letter and video released to the public. Within the week they had an agreement that vastly improved protections for transit workers and the riding public.

Non-union supermarket workers at Trader Joes, Whole Foods, and Instacart, among others, have been organizing sickouts and other job actions. They had to fight for the right to wear masks at work, for limited store hours and reduced customer traffic to maintain social distancing, sanitizer, and time to clean. While it’s been a very difficult fight, workers have won some of these demands including some hazard pay.

The courage and energy of these workers moving into action follows a wave of public and private sector strikes in 2019. Workers were already fighting back before the pandemic hit. The current economic uncertainty will definitely complicate prospects for continued strike action but we see the serious potential for unions to seize the time and the untapped potential for broader struggle if the unions take a strong lead.

If a wider layer of union leaderships had more aggressively campaigned for strong on the job protections and pro-worker social policies from the beginning of the shutdown we would be in a much different place right now. By using our victories as a rallying cry for non-union workers, and initiating broad public campaigns for paid sick leave, hazard pay, for real on the job safety, and other demands, linked to an active union organizing drive, unions could begin to shift the balance of power in the workplace back in our favor. Unions should be present at all worker actions and in discussions with workers fighting for PPE about organizing in their workplace, from Amazon Warehouses to public hospitals.

We need to seriously assess our response to this first wave of the pandemic. The harsh reality is that despite the sacrifices we’ve made over the past three months, the actions of city, state, and federal authorities have been inadequate to contain the virus.

The likelihood is that there will be more waves of infection and we need to be prepared for them. The science is very clear: to break the chain of infection we need to conduct mass testing, quickly quarantine, and trace contacts to isolate virus hot spots. No one should be fearful losing their job if they get sick. No one should go hungry, lose their health care, or housing because of loss of pay while quarantined.

Far too many of us were declared “essential” and forced to go out and work everyday, risking ourselves and our families health or face the loss of our jobs. The unions could have worked to create a public discussion around the concept of essential workers and who is really essential; that is, what kinds of goods and services are needed to sustain a decent quality of life under quarantine and how those decisions are made.

In all organized workplaces unions should have fought for COVID-19 agreements with guarantees for fully-paid sick leave with no discipline or fear of losing your job, free access to testing, and hazard pay. Unions have the right and responsibility to demand input into any changes in basic working conditions such as work schedules to accommodate social distancing, and the reorganization of work for worker and public safety. Where the bosses resisted these demands the unions should have been prepared to take strike action if necessary.

Infection control and workplace safety will continue to be vital issues as the economy is re-opened. At the exact moment when we need to expand services for our communities, cities and states are beginning to make cuts due to budget shortfalls caused by the rapidly expanding economic crisis. Unions should aggressively oppose these cuts and demand expanded hiring of public health workers.

Employers will aggressively dispute workers compensation claims related to COVID, insisting that if we get sick we have to “prove” that we were infected at work. Free testing and health monitoring for all employees should be mandatory for everyone returning to work before businesses are allowed to reopen.

The gains we have made in workplace health and safety over the years were won through hard struggle not by asking nicely or making appeals to morality.  We can’t rely on Trump, corporate politicians, city and state governments, or our bosses to respond to “reasonable requests” for safety and services. The refusal of employers and the state to secure the needs of working-class people should be met by fierce resistance, from organized non-violent civil disobedience through direct action and strikes if necessary.

Unions, based on the organized economic power of the working class, can be playing a leading role in advocating the fierce defense of workers across all industries, union and non-union, leveraging the current mood to fight into real lasting organizing, building new unions and reversing the declines of organized labor over the past 30 years. By leading the fight for strong pro-worker public health and industrial policies to slow and finally stop the spread of Corona the unions could once again take center stage as dynamic agents of progressive social change.