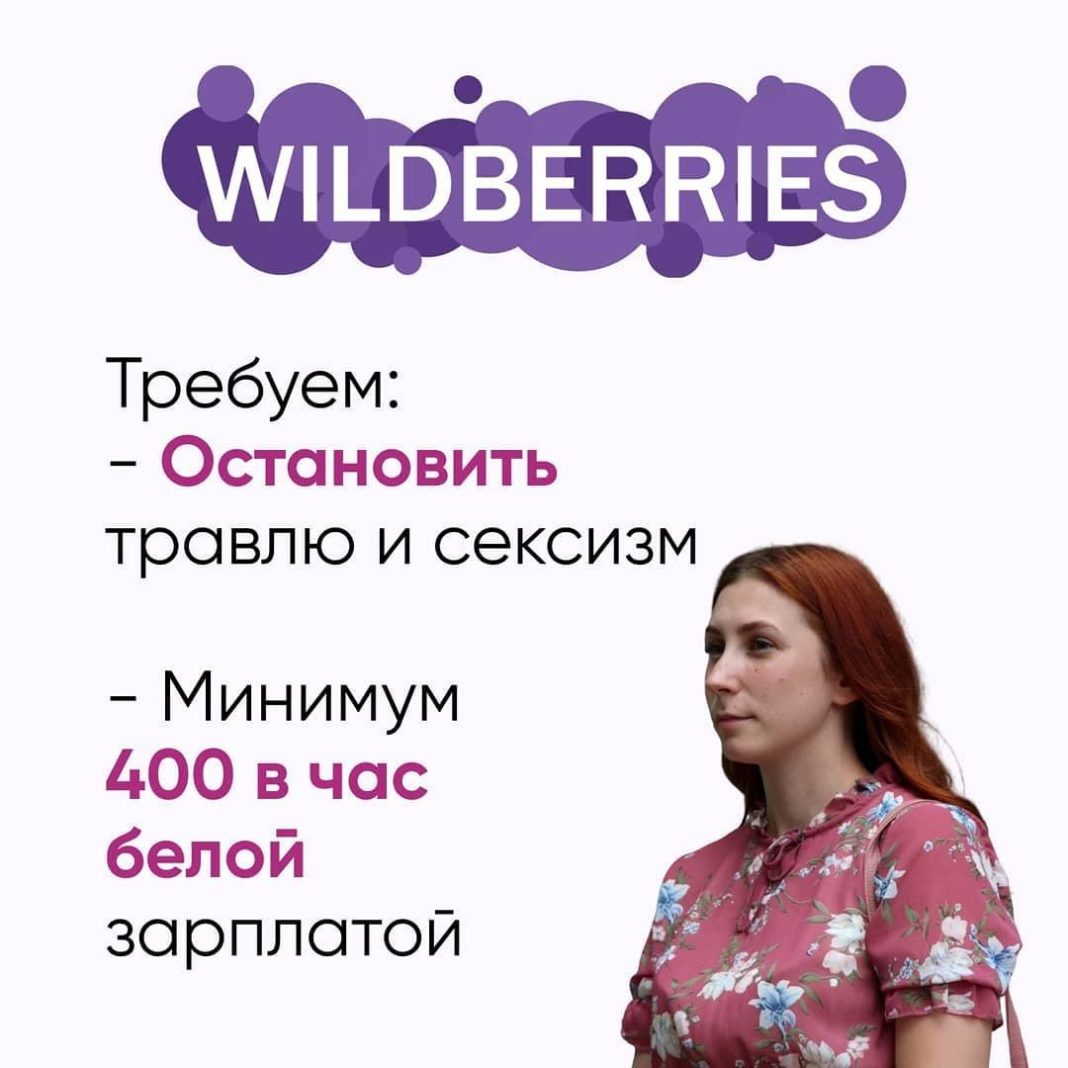 Most workers in Russia have no trade union protection, even when the state sponsored unions exist they do nothing. In many sectors, there are no unions at all. This is especially the case for those who work in the service sector. At the start of the lock-down in Russia, Socialist Alternative launched the Virus Trade Union — within days it was overwhelmed with hundreds of calls for help from people laid off with no pay, forced to work with no PPE or expected to work from home with pay cuts.

Amongst the first were workers from the “Wildberries” the main Russian online retailer, owned by Tatyana Bakalchuk, a dollar billionaire and Russia’s richest woman. Needless to say, “Wildberries” management considered that their work was essential during the lock-down, but whilst protecting their profits, they cared little about the health of their workforce.

One of those who came to the Virus Trade Union was Kristina Grintsevich, from Moscow, a mother of two children. Although the company now sells face-masks and gloves, they did not supply their staff with them, even though their work involved direct contact with customers. After pressure from the union, staff were then issued with masks, which they were expected to use for a whole shift.

As Kristina did not feel safe she refused to work, which in itself led to her losing her commission, over half of her wage. Initially the company tried to pressure her to resign, when she refused they put her onto cleaning duties. She was told to clean floors. To do this she was supplied with a 100 ml bottle of lemon perfumed ethanol sold by the company as hand disinfectant at three times the price of other suppliers. She was told to dilute this to 2% in water to wash the floor. In many countries, ethanol is not recommended as a hand disinfectant, and for surfaces it is only effective at about 70% dilution.

Yesterday however, the victimisation escalated. When she turned up at work, first her “partner” refused to let her in, when she managed to get past him, he started shouting at her. This, of course, had not been the first time — he had already shouted at her to get cleaning claiming this “was woman’s work”. After this open harassment she went home, returning with her husband. Now, the truth came out: this individual, who had already boasted about his violent past, had been sent by the management to make Kristina’s life “torture”.

This it seems is not just the policy of one manager, but the whole company. We have had many complaints from Wildberries about the low basic wage with the “commission” used as a threat, removed when staff disagree with the managers and temporary contracts that the staff are not even allowed to see.

The Virus Trade Union is demanding that Wildberries:

The Russian Embassy in your country.

With solidarity messages to: virunion.team@protonmail.ru